Carson Wentz Shirtless Photos. Look who’s trekking with his shirt off? Its new Philadelphia Eagles quarterback Carson Wentz. We should add him to our list of shirtless NFL quarterbacks, no? 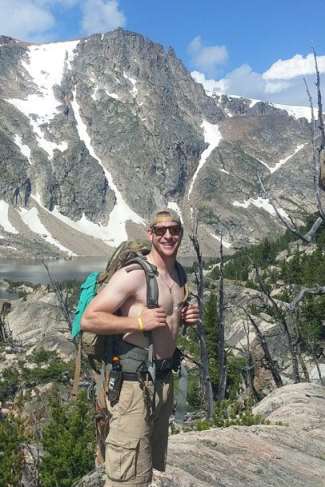 The standout from North Dakota State University was drafted second overall by the Philadelphia Eagles during the 2016 NFL draft. He is so good at quarterbacking that football experts are saying that he is NFL ready and that he can play right away.

Ryan Lindley, the currently unemployed NFL quarterback who prepped Wentz and Jared Goff for the Scouting Combine and the draft, out in Irvine, Calif., says he doesn’t think Wentz will require a long apprenticeship.

“I think Carson can get going right away,” Lindley said earlier this week. “It doesn’t hurt to have some time to learn, but he’s got such an amazing football mind . . . You can say what you want about the level of the talent that was around him, but the football knowledge – his football IQ, what he was asked to do – rivals what a lot of people do in the NFL. He was handling protections, doing all that stuff that you don’t see many guys do in college.

“At least the X’s-and-O’s part won’t be any problem for him to pick up. The speed of the game is different for everybody, but that’s something that reps in training camp and minicamp and OTAs can get him going with . . . We’ll see how he progresses, and I think he’s definitely got a shot to go out there and start in Week 1.” 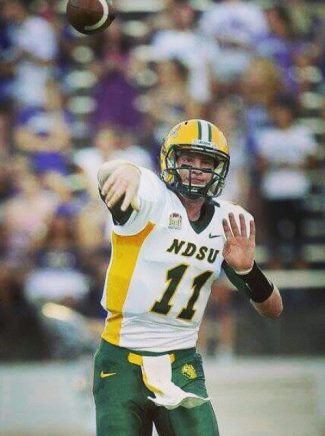 If that ain’t a big vote of confidence from a man who knows what he is talking about, we don’t know what is. And Lindley isn’t the only one impressed by Carson’s footballing abilities. Here’s what ESPN analyst Jon Gruden says about Carson:

I think [Wentz is] the most NFL-ready quarterback we’ve had in here in the last couple of years.

And here’s what Mike Mayock, draft analyst for the NFL Network, says about Carson:

Is Carson Wentz gay or straight? He is straight. And he is dating girlfriend Melissa Uhrich. Here’s a photo of the lovebirds. 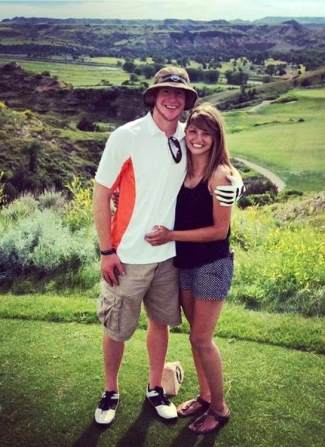 A pic of Carson Wentz shirtless jumping into a lake with a bro. 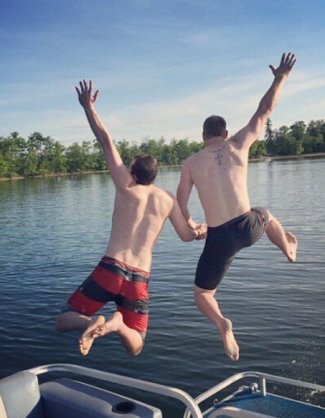 He went fishing with girlfriend Melissa Uhrich. According to the internets, Melissa is studying at Concordia University. She is a cross-country runner and she wants to be a nurse in the future. 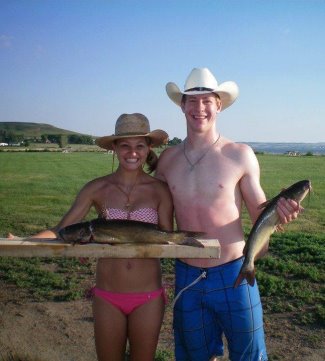