Beckham Gay Evidence. So, fellow Famewatchers, did you love our Grandma Akita’s cheeky take on the rumors that David Beckham is gay? In case you missed it, go check this post we uploaded weeks ago: David Beckham Gay Proof. This is the second part of Grandma Akita’s article. As expected from her, she backs up her stance that the gorgeous international football star is gay with “evidence”.

Beckham is Gay Because…
by Grandma Akita

He Loves Pink, Pink, Pink. He loves pink shoes, pink shirts, pink cardigans, and Pink Floyd. And, as if these are not loud enough to declare his gayness, our metrosexual David is selling his David Beckham perfume in pink, pink, pink!!! 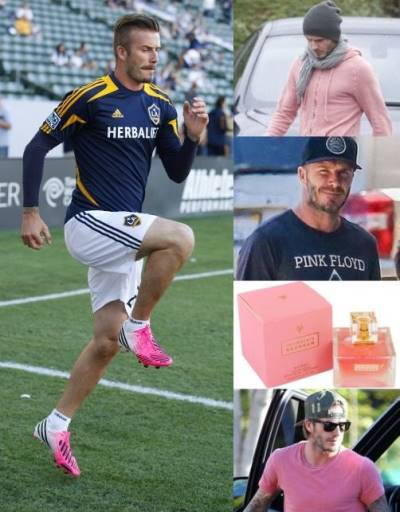 David Beckham Loves Rearplay. Not only does David have the best behind in the business, he loves showing it off too by, you know, wearing tight pants and posing in ways that says “Bump My Rear!” He also invites his teammates to “molest” him down there! 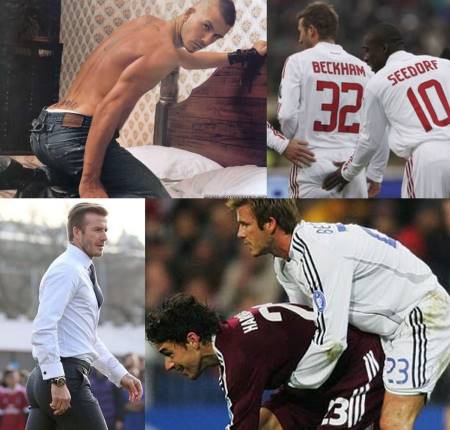 He Loves Manbaths. Hey look, David is manbathing with the guy he “underwear-played” with. If this does not tell you that our football icon loves to do very intimate stuff with men, I don’t know what will.

David Beckham Loves to L*ck and S*ck. According to our gay grandson Will, gay boys love to do what David is doing in the photos below. So if David loves to do what boys like to do, then David is like Will. Right? I would introduce these two if I have the power to do it. 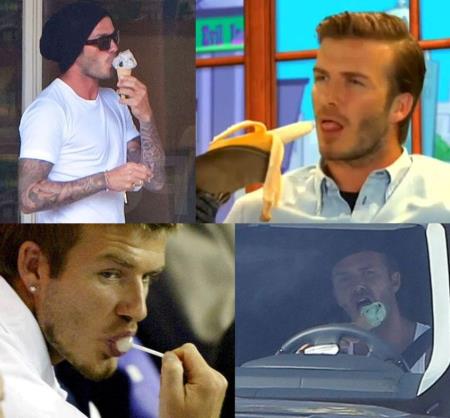 Our David Loves to Sits on Balls. Again, according to Will, ball-sitting is something that he and his friends do. As evidenced in the pics below, Beckham is an expert in the art. 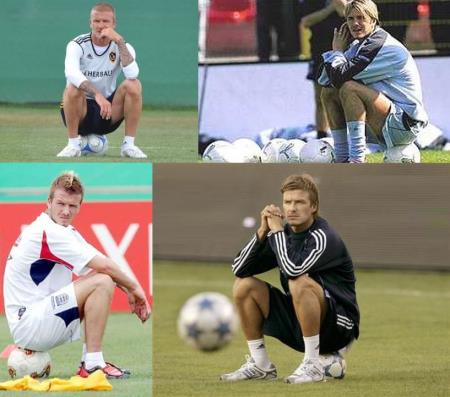 He Loves Tom Cruise. Okay, we don’t know of the love is still there but these two global superstars used to hang out. David and Tommy sitting on a tree! 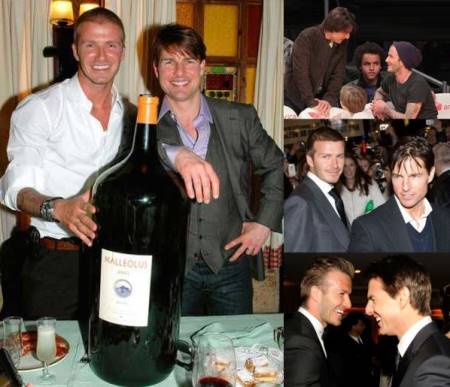 So that’s it folks. If you are not yet convinced that David is a friend of Dorothy with these Beckham gay evidence we presented then you are just dense, dense, dense!!