Captain America Leather Jackets. LeatherWatchers, here’s a photo-list of the leather jackets worn by your favorite characters in the comic/movie franchise — Steve Rogers, Bucky Barnes, Black Widow, Peggy Carter, Sam Wilson, and the Scarlet Witch (aka Wanda Maximoff). What is your favorite among all these outfits? Ours would be Sam Wilson’s outfit which is made by Superdry. 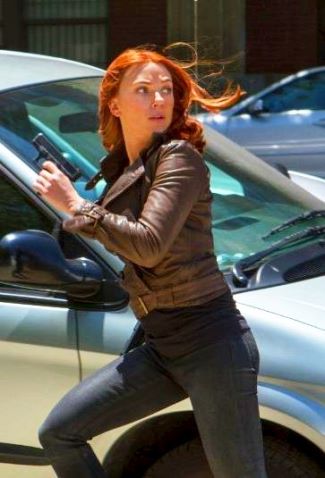 Natasha Romanoff sure loves her leather jackets and, to her credit, she really really looks good wearing them. The elegant leather blazer she’s seen wearing below is made by Burberry London. You can buy it for $2,400. 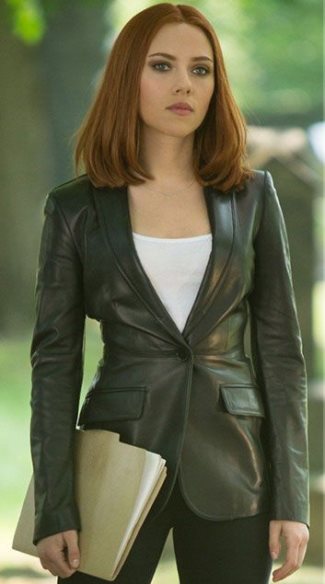 Bucky Barnes/Sebastian Stan Leather Jacket. Bucky is our favorite character in the Captain America universe. He’s cool, he’s loyal, he’s got a tragic story. How can you not love someone like that. The fact that he’s played by the talented Sebastian Stan makes us love him even more. We think his leather jacket below is custom-made for the movie so your best chance for buying something like it would be the replica stores whether online or off. 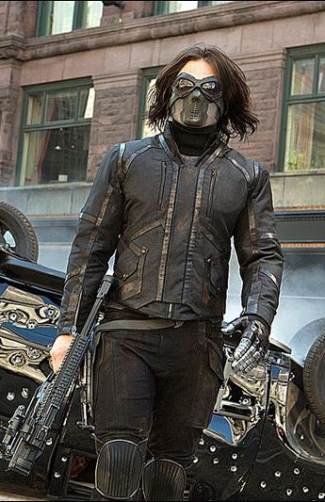 Bucky in a bad-ass leather vest. 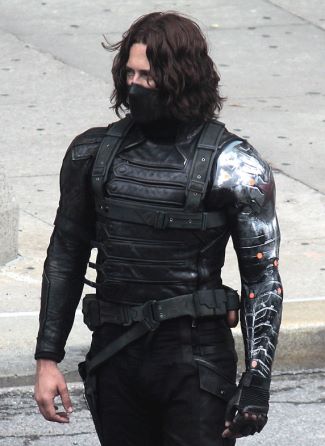 Steve Rogers/Chris Evans Leather Jackets. Steve Rogers rocks his war-torn leather jacket in this scene from the movie that started it all, Captain America: The First Avenger. Because it kinda looks like something from the 1940s, we’re pretty confident that this outfit is custom-designed for the movie. 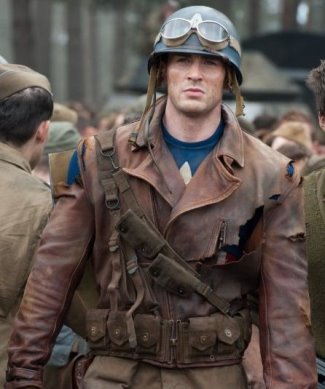 Steve Rogers in a more contemporary leather jacket in the 2012 all-star, all-superhero movie, The Avengers. 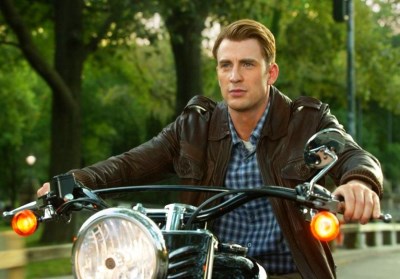 Peggy Carter/Hayley Atwell Leather Jacket. In an interview with clothesonfilm.com, Anna Sheppard, costume designer for Captain America: The First Avenger revealed that she herself designed the the gorgeous belted leather coat seen on Peggy Carter in the pic below. 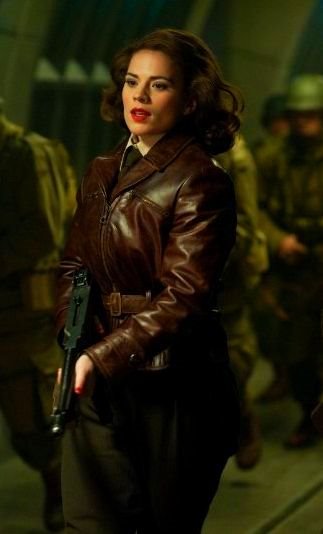 Sam Wilson/Falcon/Anthony Mackie’s Leather Jacket. As we mentioned in the first part of this post, Sam Wilson’s fabulous leather jacket is made by Superdry aka the brand that David Beckham loves. 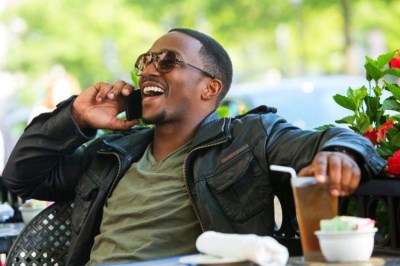 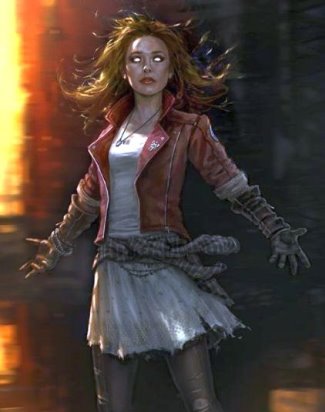 So have you picked a favorite in these Captain America leather jackets?