Sam Riley Shirtless, Underwear, and Other Stuff. We thought the breakout star in Angelina Jolie’s Maleficent would be Brenton Thwaites, the Aussie actor who played Prince Phillip but we were mistaken because the real breakout star is Sam Riley who played Diaval. 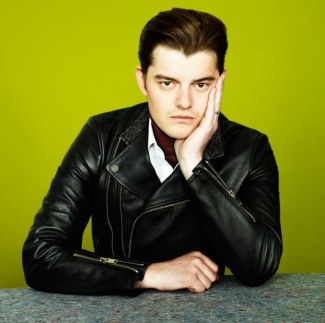 In fact, our favorite part of the movie is the bickering between Maleficent and Diaval. They should have shown us more of that. Much has been said about Angelina being the perfect Maleficent; it must also be said that Sam Riley, with his expressive eyes and all, is the perfect Diaval. We are not fans of sequels but we won’t mind seeing a Maleficent Part II but only if we have more Maleficent and Diaval sassy back-and-forths.

Here’s Sam talking about our favorite part of Maleficent in an interview with collider.com:

Was there always that deadpan sense of humor, or did that evolve?
It was funny in the script. Angelina spoke to me about it. She said, from the beginning, that it’s an important relationship for her character. It’s my sarcasm. The moments that we have together would be, at some points, lighter moments in the movie. We were laughing at the fact that he begins this servile thing where he’s terrified of her. But then, if you were to spend every day for 16 years with one another, as their sole companion, you would get on each other’s nerves a bit, and be more like an old, married couple sometimes. We wanted to incorporate that. And that deadpan comes because it’s like when you roll your eyes, when somebody you’ve known for a very long time starts saying the same thing again.

Sam Riley Shirtless and Underwear Photo. Before we go all-Maleficent, here’s a shirtless and underwear photo of Sam.

There is no doubt that this guy is super-talented. We hope he will have bigger movie roles to play in the future.

Is Sam Riley Gay or Straight? Is He Dating? Although he played a gay guy in On the Road (see pic below), Sam is straight and is actually married to his Control co-star Alexandra Maria Lara. They welcomed their first child (a son) last January. 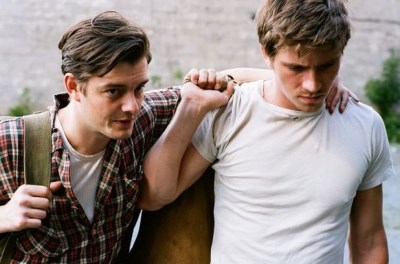 Photo credits: bulletmedia.com, MK2 Productions, and 3 Dogs and a Pony.