Billy Magnussen Eggplant, Shirtless, and Leather Pants. What do you think of Billy Magnussen’s eggplant? Really impressive, huh? Whatever it may lack in the length department is surely more than made up by its thickness.

Actually, considering that its lengthiness is more than double the actor’s fingers, there’s nothing short that aubergine at all. It’s just that its eyecatching thickness overwhelms and distorts one’s perceptions. Haha. 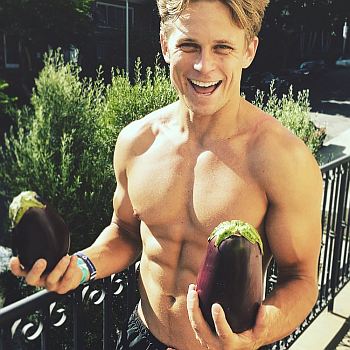 But enough about eggplants. Instead, let us appreciate the 35-year-old actor’s willingness to chuck off his shirts and give us a show as he is doing in the next pic below. Hey, Billy, are you coming for the gig of the Singing Cowboy in Times Square? 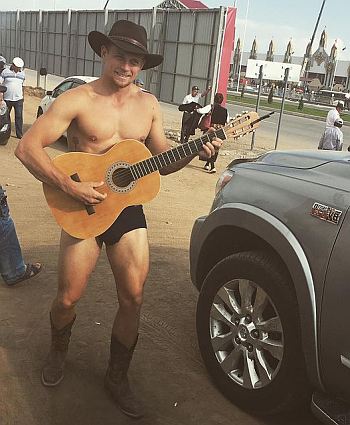 Look at them abs! 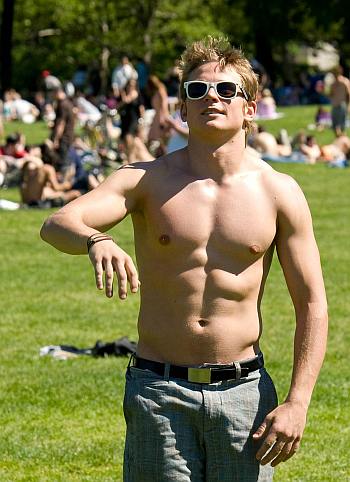 Woof. We’ve said it before and we’ll say it again, there’s something very desire inducing about a shirtless guy on horseback. 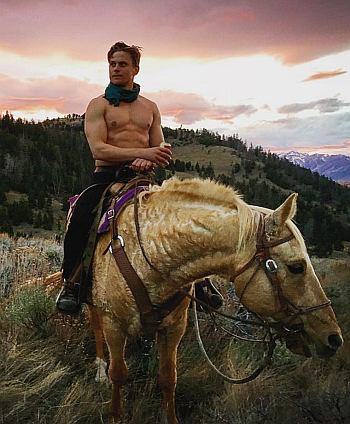 Several years ago, our Billy stripped to his Calvin Klein boxer briefs in the stage play Vanya and Sonia and Masha and Spike. The critically acclaimed play won a Tony Award in 2013 and earned a nomination for Billy, who played Spike, in the Best Featured Actor in a Play category. 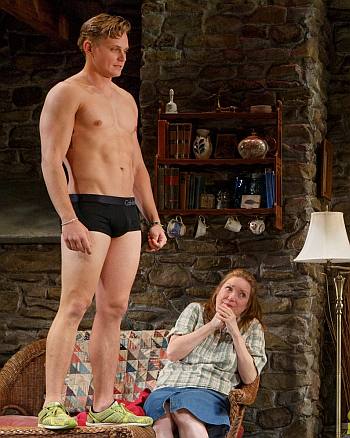 Silly Tony voters, you did not think Billy performing in his underoos is not worth a winner’s trophy? Sure, it’s an honor to be nominated and that kind of thing but we totally, totally think he deserves a Tony. Haha. 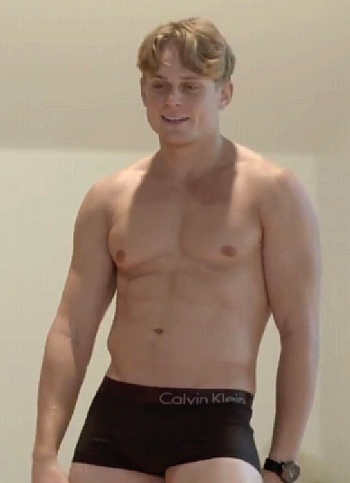 Billy Magnussen in Leather Pants. Tony did win an acting trophy from the  Satellite Awards as part of the ensemble cast of the blockbuster movie Into the Woods. If you did not watch the movie, you should go check it out because he seriously rocks his leather outfits during his scenes. 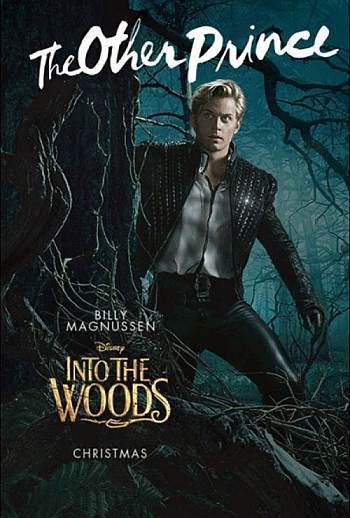 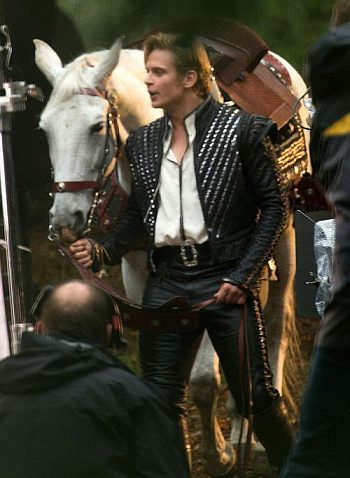 Billy Magnussen Gay or Straight? He is straight and is dating American actress and singer Meghann Fahy. Here’s the lovey doveys looking good on the red carpet during the 2020 Golden Globe. 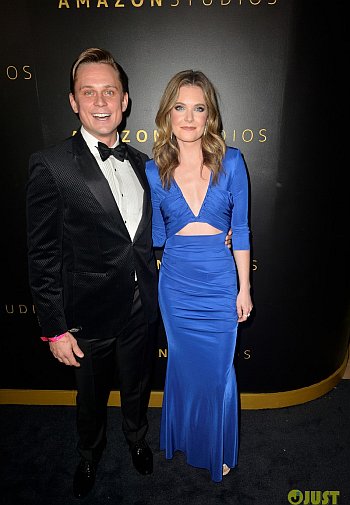 Billy Magnussen is Logan Ash in James Bond. Did you know that he plays a major character in the upcoming James Bond movie No Time To Die. The movie should have screened in theaters last year but was rescheduled because of the pandemic. 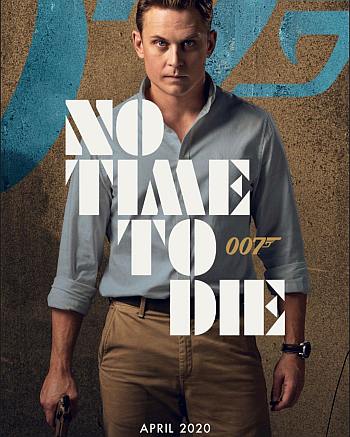 Our Billy looking snazzy and chill on the cover and inside pages of Manhattan magazine. 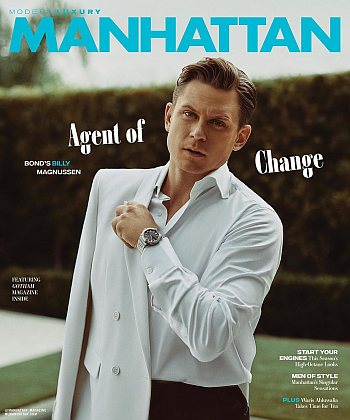 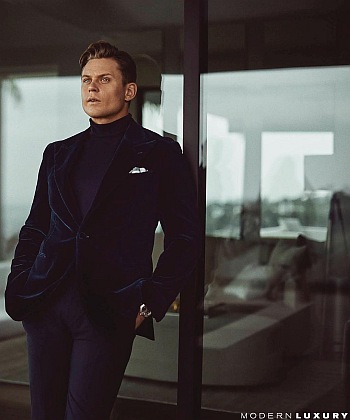