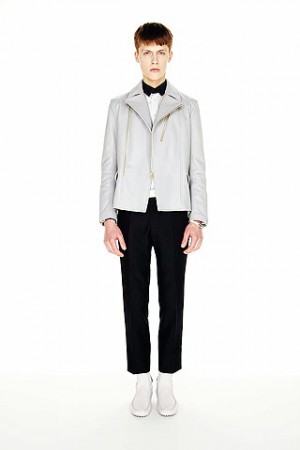 What about you, would you buy yourself a white leather jacket? Would it be Balenciaga or Dolce and Gabbana or would it be something like this motorcyle leather jacket worn by Kherington Payne?

…..
Male Celebrities Wearing Balenciaga Leather Jackets. Of course, it ain’t just us who love Balenciaga leather jackets. Some dwellers of Hollywoodlandia love them their Balenciagas too. One of them is controversial (but admittedly talented) singer Kanye West. He was recently seen wearing a black Balenciaga biker leather jacket at the Supperclub Los Angeles. How much would a jacket like what Kanye is wearing cost? Deena says they’re sold around 5k bucks. Pretty expensive, huh?

By the way, Kanye’s Balenciaga is from the label’s Spring Summer Collection. 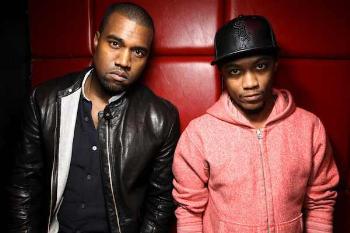 Another male celebrity who was spotted wearing a Balenciaga leather is American rapper, Big Sean (birth name: Sean Michael Anderson). This one’s from the Spring|Summer collection. According to complex.com, this fabulous jacket is a gift from Big Sean’s friend, no other than Kanye West. Apparently, the two are kind of BFFs. [Actually, one can say that Kanye helped jumpstart Big Sean’s career when he signed him up with his G.O.O.D Music label back in 2007.] 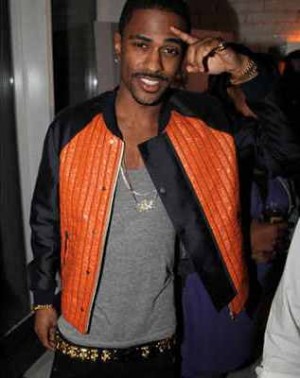 Although Inception star Joseph Gordon-Levitt is wearing a Balenciaga leather jacket in the photo below, we can’t categorically say that he loves him his Balenciaga. Why? Because he’s wearing the coat for a photoshoot and we’re not sure whether he owns one in real life. 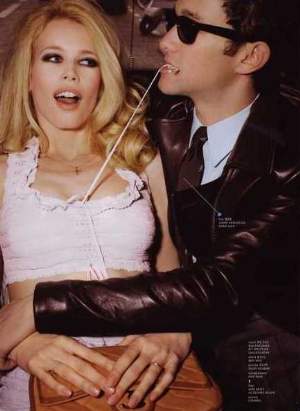 However, its pretty safe to say that there’s chemistry between Joseph and Supermodel Claudia Schiffer. Joseph and Claudia sitting on a tree, yay! Actually they’re just doing a photoshoot for GQ Magazine from way back in 2008.