Adam Levine Shirtless, Awards, and Wife Behati Prinsloo. We are updating this post to note that the Maroon 5 lead singer and former The Voice mentor is now a married man. He tied the knot in 2014 with Namibian supermodel Behati Prinsloo and the couple are now the proud parents of two girls. Unfortunately for the celebrity wedding enthusiasts among us, the ceremony was super secret and super private so there ain’t no wedding photos floating around. But here’s the couple looking fabulous while attending an event. 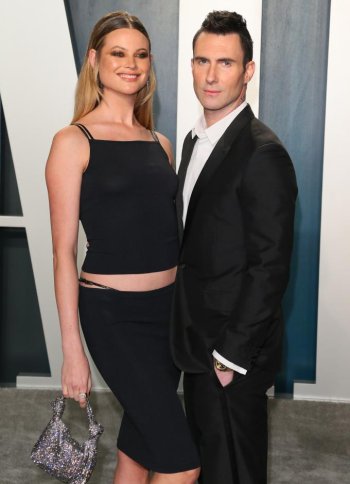 By the by, did we mention that he is no longer a coach on The Voice? Unfortunately, he quit in 2019 and the show never became the same again. There ain’t no bromance between him and Blake Shelton which is most certainly the best bromance in television history.

Since we are updating this post anyways, we decided to mention the awards that the singer and his band have received over the years. Per wikipedia, they have won a total of 109 awards — including three Grammys — and have been nominated 169 other times. 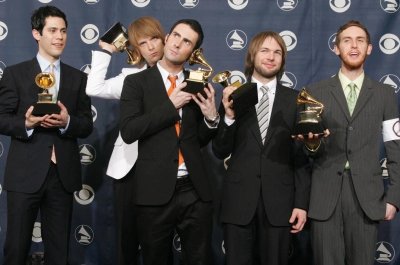 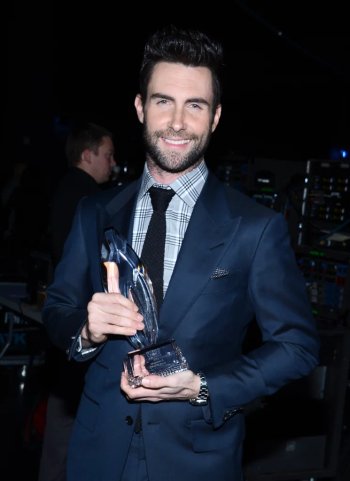 Adam sizzles in his shirtless leather get-up and, on the runway gives male supermodels a run for their modeling money. 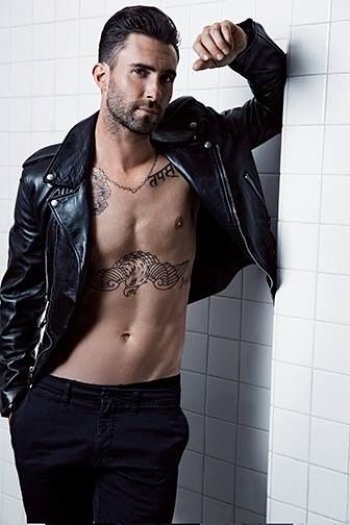 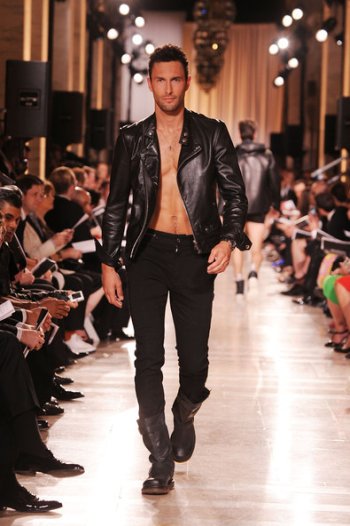 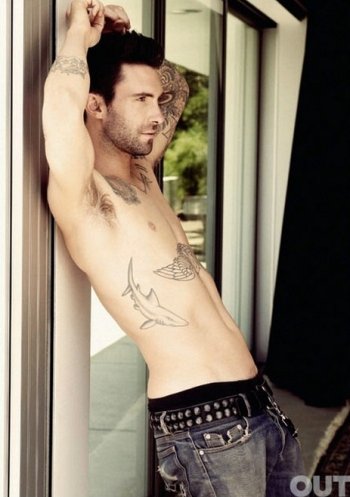 What does Adam look like when he was a youngster? Here are two photos from back in the day. 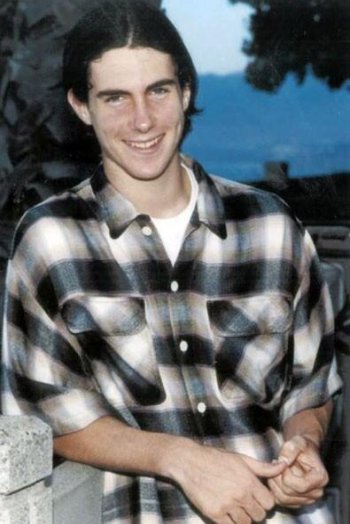 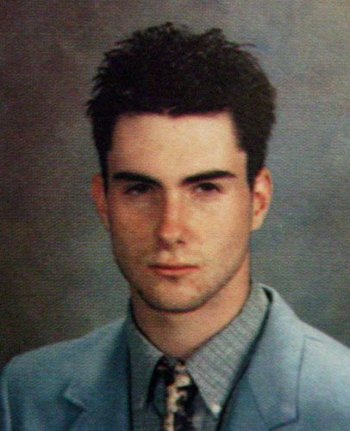 …..
Adam Levine Underwear (12 June 2014). Do you agree with our friend Kevin that it’s time for another male celebrity underwear post? We’re pretty sure you do, so we are uploading these photos of Maroon 5 frontman Adam Levine wearing nothing but his underwear. These photos obviously provide a graphic answer to the often asked “boxers or briefs” question. He wears briefs in the photo below. 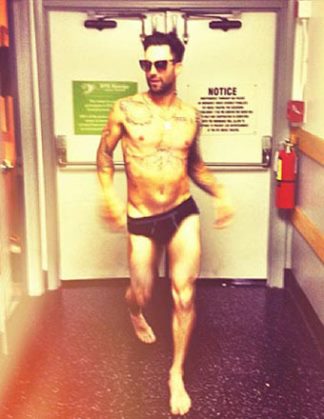 But he’s wearing boxer briefs in the next pic. Clearly, he wears whatever he likes, no? 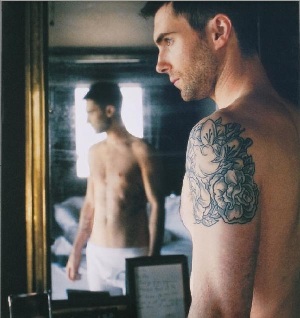 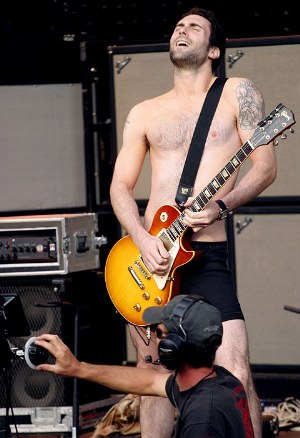 …..
Adam Levine in Cosmo Magazine Centerfold (published: 29 December 2011): Holy canoly, thank you sweet baby Jesus. Adam Levine has posed nekkid for Cosmo Magazine’s Everyman Campaign. Those of you who’ve been reading this blog would be familiar with this campaign which features male celebrities stripping to increase public awareness for male-specific cancer and to encourage men to get themselves checked for cancer.

How does a famous man shedding off his clothes encourage men to undergo cancer test? Well, since Cosmo Mag is really for women, the folks behind the magazine are actually targeting their female readers to encourage their men to get themselves checked for cancer. And the gals will most likely do that if they see a picture of a male celebrity in the buff talking about male cancer. We think that’s how it works anyway.

By the way, the hand covering Adam Levine’s private parts is reportedly that of his girlfriend, Russian supermodel Anne Vyalitsyna. Here’s a picture of the two lovebirds.

They look good together, no? Here’s what Anna says about her boyfriend (via eonline): “”He is an amazing guy,” the leggy blond beauty gushed. “He’s just a normal dude. He’s like the most non-rock-star rock star ever. And he is very caring and very loving and very goofy and funny.” 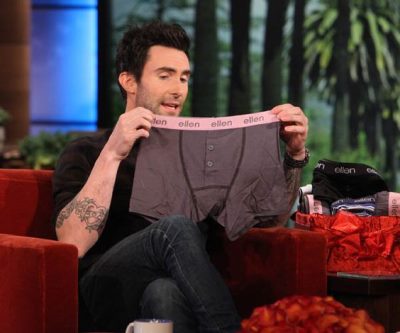