Michael Owen Shirtless Athlete of the Day (12 May 2017). Darn it. Isn’t this shirtless Michael Owen boy beautiful? If you’re like, “Who’s he? And what’s up with all that raised-hand clapping he’s doing?” then you’ve been living under the rock. Or don’t pay attention to the world of football. 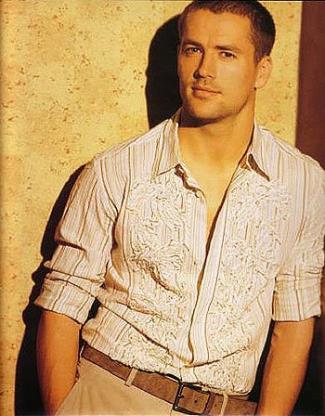 Hey Michael, why you clappin? 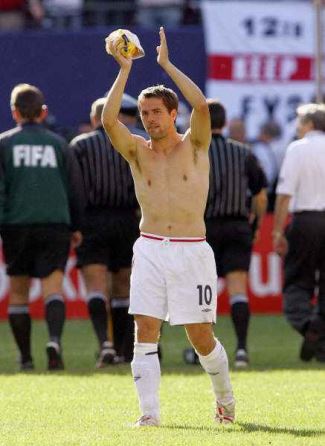 Okay, clueless people who don’t know anything about Michael Owen, here are five things you should know about him.

1. He is an English football player who currently plays for Manchester United. He also plays for the England national team where he is the fourth highest scorer with forty goals. Prior to Manchester United, he also played for Liverpool, Real Madrid, and Newcastle United.

5. He is the face of Swiss watchmaker Tissot. 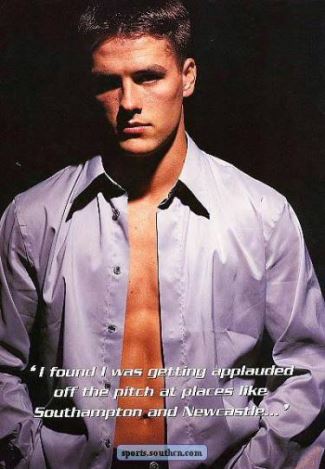 …..
Michael Owen Shirtless Update: Manchester United’s No. 7 (19 July 2009). Sure footballer Michael Owen can rival David Beckham and Cristiano Ronaldo in the “hotness” department? But can he fill in their shoes or, more specifically in this case, the No. 7 Manchester United jersey which the two used to wear? He sure hopes so and, because he is a cool guy, we are also hoping with him.

Says Michael of his new role in his new team: “That shirt has pressures of its own and some great players have worn it in the past, but I will do it justice. The manager asked me to wear the shirt. He said a player needs broad shoulders for it and he asked me if I felt I could handle it. I said ‘yes’ without hesitation. I know it represents so much. Two big players have left Manchester United in Cristiano Ronaldo and Carlos Tevez. There were a lot of goals in Ronaldo and I’m here to hopefully fill that gap.”

Go, Michael! For other hot football players, check out our post on Joe Cole Underwear.