Joe Cole Football Underwear and Shirtless Nike V Commercial. Hey Joe, are you trying to tell us that body painting (and spray painted at that) is cool? Mom tells us it could be dangerous to your health what with the chemicals and all but …. maybe it’s not that bad, eh? Anyhoo, here are some shirtless pics of our football hunk for Nike V commercial. 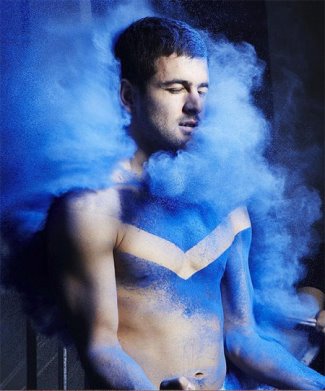 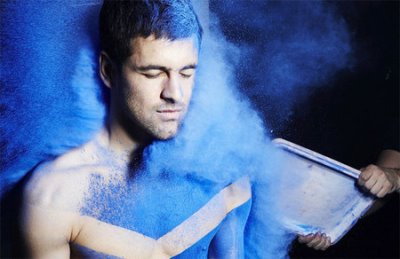 Famewatchers, are you familiar with this hunk of a man? For those of you who don’t know the guy, well Joseph John Cole is an English footballer who currently plays for Chelsea. 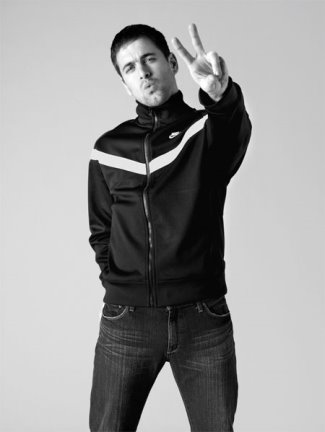 He is quite a looker too. Let’s check out another shirtless photo of Joe.

He is soo beyond smooth we won’t be surprised if he did some body-waxing. Or maybe his model wife Carly Zucker Cole shaved it for him?

…..
More Joe Cole Football Underwear Update (13 March 2017). This update is for those of you looking for more Joe Cole football underwear photos. You know who you are. Email us your thank you note. Hehe. 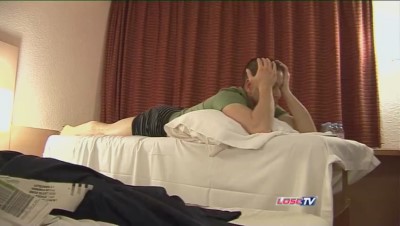 When it comes to Joe Cole football underwear picks, our English athlete is a versatile dude. He likes him his boxer shorts (above) as well as his skimpy briefs (below).

…..
Joe Cole Football Underwear Photos (published: 09 December 2011). Is our Joe playing football in his underwear or did he pull up his football shorts and hid it under his baggy shirt? 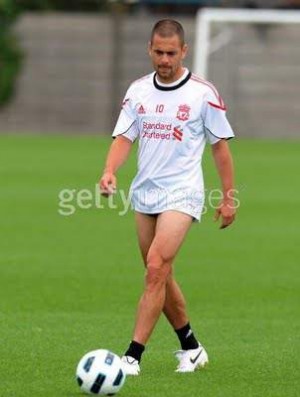 If you are wondering whether our talented English bloke wears boxers or briefs, the photo below should give you a conclusive clue: He wears briefs, man!!!! Thank the heavens for transparent white shorts. 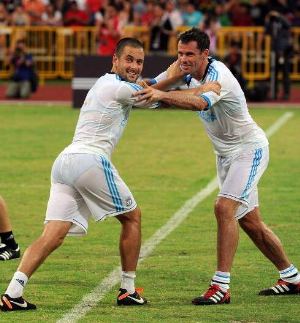 Wanna see our favorite photo of the Liverpool midfielder? Not the one below although our friend Kevin is kinda drooling over it and we’re pretty sure you know the reason why.

Not the next photo which our friend Deena calls “Joe Cole’s secret gay affair”. Haha. Dream on, Deena. We think these guys are just giving the paparazzi the “scandalous” photo they want to sell to the tabloids. 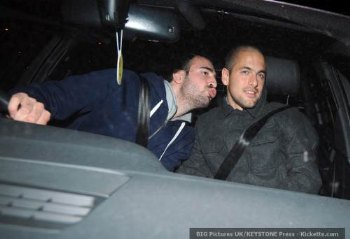 Nope, our favorite photo of Joe is this one: 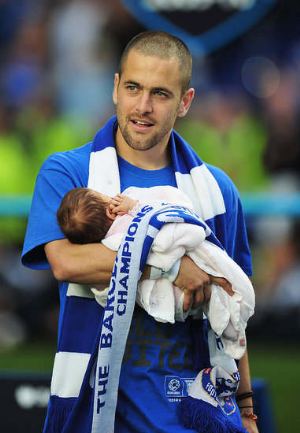 You can’t see the photo of Joe and her daughter Ruby and not say, “Awww. A father is taking care of her baby. All is right with the world.”