Look who’s got himself an Adidas running pants? Well, it’s no other than blond dancing dude Derek Hough. Doesn’t he kinda sorta look like Zac Efron with his big hair and kinda skinny body? Seriously, check out these shirtless Zac Efron photos. Maybe they are long lost cousins? 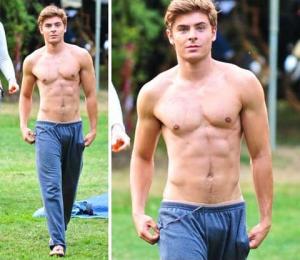 Another guy who may also be considered as a spitting image of Derek is American male model/adult actor Kaden Saylor who, like Zac and Derek, also looks good when he goes shirtless. 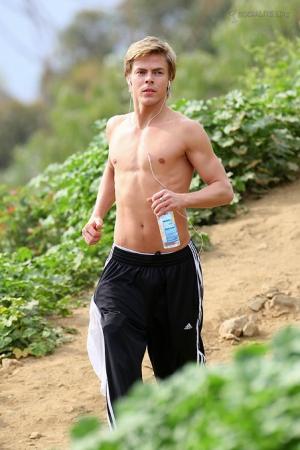 You know, of course, that Derek is a professional dancer, right? In fact, he’s one of the winningest pros in Dancing With the Stars. Here are some entries we wrote earlier when he partnered with Lil Kim during one DWTS season.

Wow, what an amazing performance. Lil Kim and Derek Hough get the highest scores of the night. It’s about time a pair steps up and grab the lead (at least in this episode) from Gilles and Cheryl. It makes for a more exciting competition if the champion’s not yet been crowned, no? 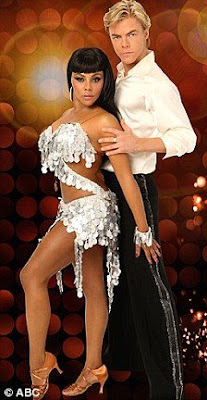 Are you going to watch the upcoming season of Dancing With the Stars? Here’s another pair that will try to dance their way into your hearts during the show which is coming very, very soon. Go Lil Kim and Derek Hough. 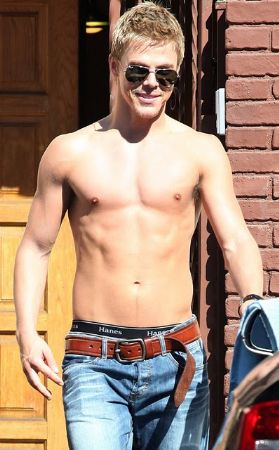 Charlie Sheen used to be one of the “faces” of the underwear brand but they have dropped him last January 2010 following his many troubles with the law. If the Hanes people really want a law-abiding spokesmodel who’s not going to give them a headache, they should hire Derek Hough. After all, he apparently actually wears the brand.