Instead, we are referring to Chilean actor Juan Carlos Maldonado or the guy below standing behind an open gate in nothing but his underwear. Want more Hot Latino Men? 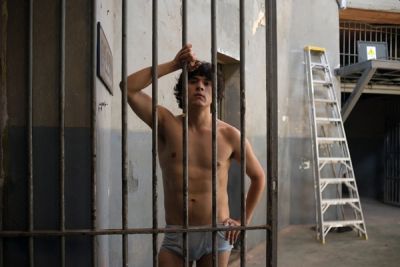 For those who are wondering, the above image is from an intriguing Chilean prison movie called El Principe or The Prince where the actor plays the lead role as Jaime ‘El Principe’. The movie bagged the Queer Lion Award at the 2019 Venice Film Festival for its director Sebastian Munoz. 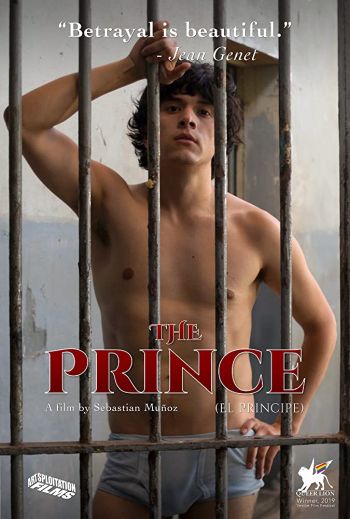 Is the movie any good? Unfortunately, we have no easy way of watching it for ourselves to be able to judge its quality. However, an IMDB reviewer named laduqesa gave it a mixed review with a score of 6/10.

Here’s what the laduqesa wrote about the good parts and the bad parts of the film: “As a shocking view of depravity and brutality in a Chilean prison before Allende’s election, the film is convincing. The events of the film leading up to Jaime’s transformation are somewhat less so.”

Seems like a fair review, no? We are actually intrigued by the film and are keeping our fingers crossed that Netflix will buy its streaming rights because we want to see more of the actor because he’s hunky cute and all. 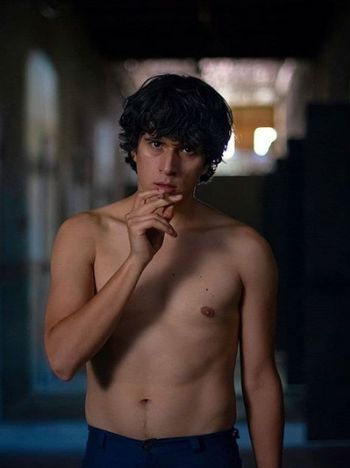 If you also want to see more of the guy, check him out on Instagram (follow him @juactor). Most of the images on these post are from his Insta page. 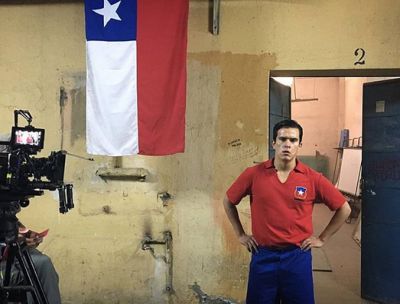 We are still trying to decide whether he is looking at the mirror in the photo below or whether he is facing someone else. What say you? 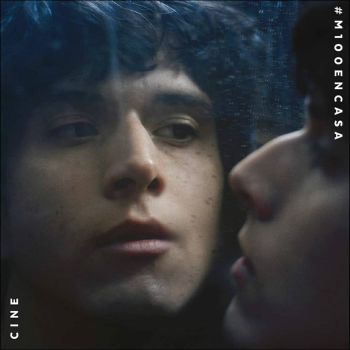 Aside from El Principe, Juan Carlos has 8 other IMDB acting credits to his which includes the TV series Juegos de Poder. 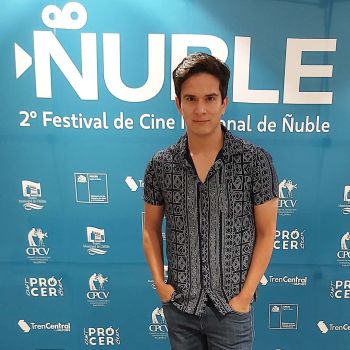 Juan Carlos Maldonado Gay or Straight? Girlfriend or Boyfriend? We have no information about this at this time but we will update this post once we do have the info in the future. For the time being, here’s the actor with Gaston Pauls and Alfredo Castro. 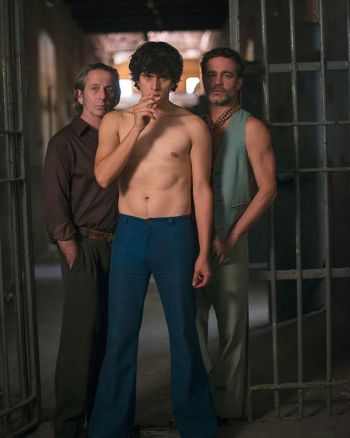