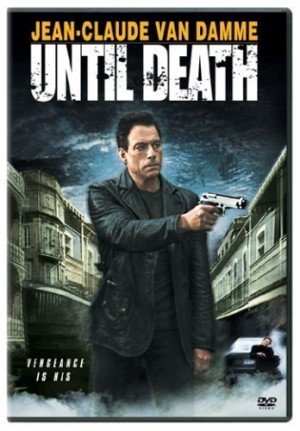 The next pic below show’s JCVD wearing a leather jacket to the premiere of Daylight starring his Hollywood buddy Sylvester Stallone. 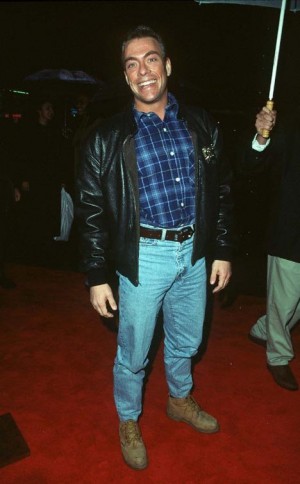 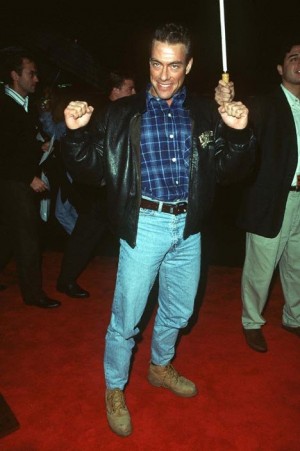 The Muscles from Brussels with then wife Darcy LaPier. What do you think of Jean Claude’s leather coat? Remind you of Neo? 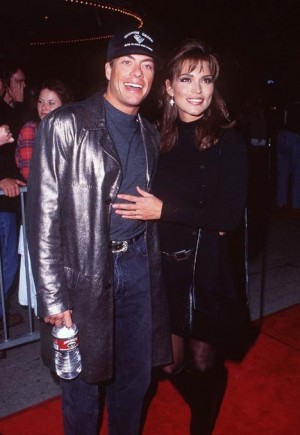 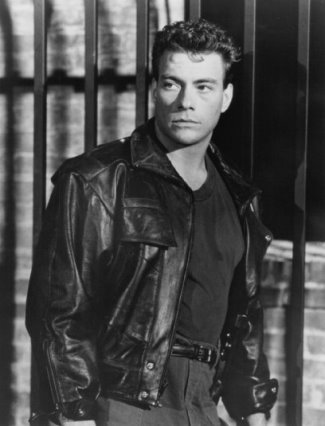 Here’s a Van Damme movie leather jacket. This time, its from the 1993 movie, Nowhere to Run. 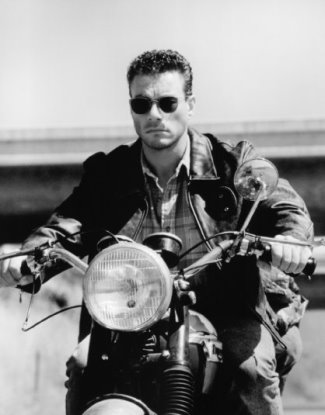 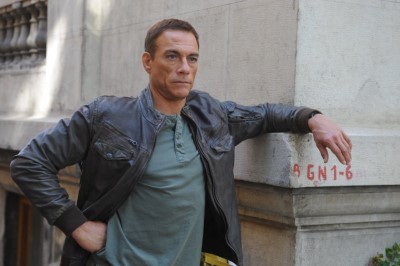 Oops, here’s an update to the update: Another Van Damme leather jacket – its from the 2014 movie, Swelter, which also stars Grant Bowler. 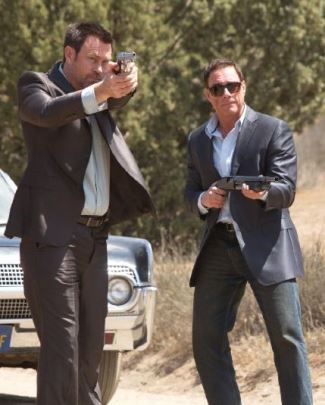 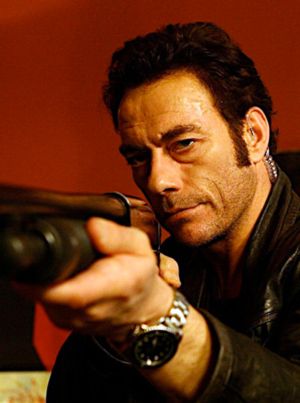 Update (07 August 2014). Some of you Van Damme fans might be interested to know that some of his iconic movies, particularly Bloodsport and Kickboxer, are being re-made in 2014-2015. The Kickboxer remake will star stuntman Alain Moussi. This is Alain’s big break in Hollywood and we hope he’ll be as good as Van Damme in the original Kickboxer.

Although we are not fans of movie remakes, we gotta say that the fact that producers and the powers-that-be are remaking JCVD’s movies is a testament to Van Damme’s contribution to the world of movies. He ain’t just the Muscles from Brussels, that’s for sure. He’s also the entertaining, ass-kicking, and Speedo-wearing Hollywood action star.