Georgia May Jagger Boyfriend, Hudson Jeans, Modeling Photos. We are updating this post to note that our Georgia May has got herself a boyfriend. His name is Josh McLellan. Here’s a photo of the lovebirds. 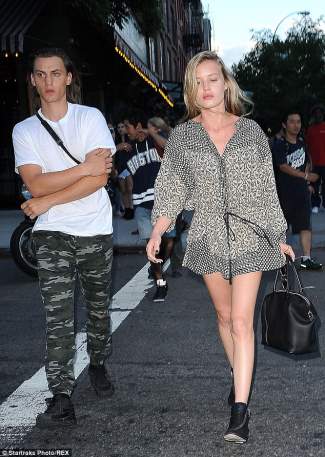 So what do we know of this lucky Georgia May Jagger boyfriend? Well, he is also a model like his girlfriend. He is also British. And he and Georgia starred in an ad campaign for Sisley’s. Check it out: 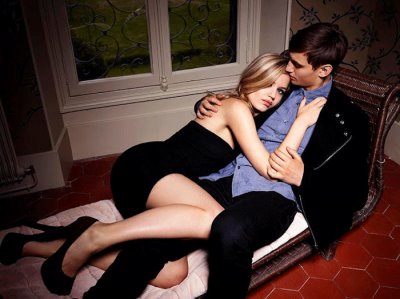 Let us end this update with a shirtless photo of Josh McLellan aka the Georgia May Jagger boyfriend. 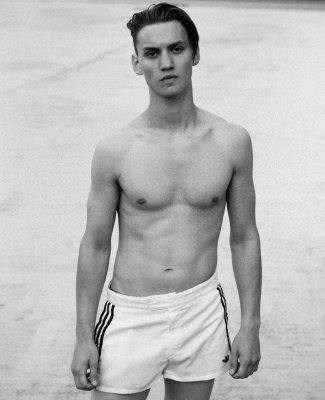 Georgia May Jagger Model: Hudson Jeans Collaboration (01 May 2011 Update): Two years after we wrote about celebrity kid Georgia May Jagger’s entry to the modeling world, it looks like she did manage to establish herself as a force to reckon with in the fashion industry. 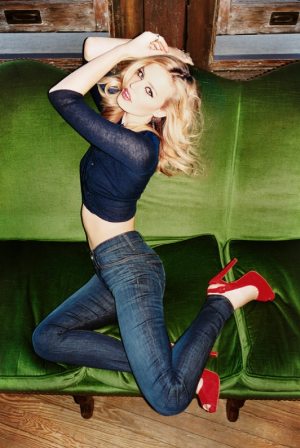 In fact, it appears like Hudson Jeans’ partnership with Mick’s daughter is pretty successful because the denim company has asked her to design jeans for them. It’s reportedly going to be called – Hudson by Georgia May Jagger which, admittedly, is not a very imaginative name but we think its better than the fancy names sometimes used by pretentious fashion designers.

Georgia May’s designs for her Hudson jeans label are reportedly inspired by her mom’s – i.e., Jerry Hall – and rock fashion particularly by the band, Guns & Roses. [Photo via denimblog.com] 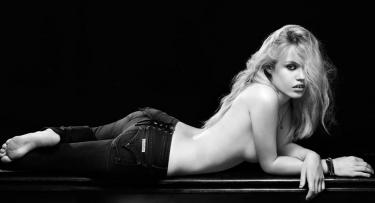 Famewatchers, meet rock legend Mick Jagger’s daughter – Georgia May Jagger. One day, this 17-year-old decided that she wants to be a model so she’s now a model. Isn’t that neat? She’s modeling for Hudson Jeans in case you are wondering. More photos of Georgia after the jump. 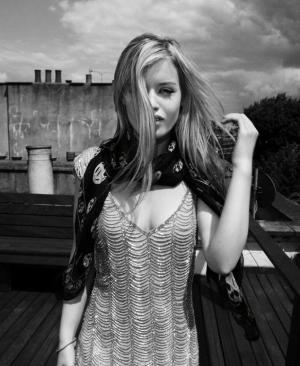 We gotta give props to Georgia for charting her own course and not being content to simply live under her famous parents’ shadows. Good luck to her too. 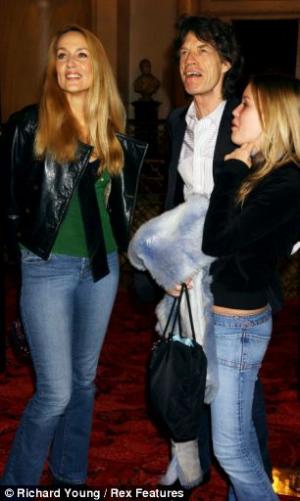 Here’s another photo of Georgia Jagger, the daughter of rockstar Mick Jagger and model Jerry Hall. As we reportedly earlier, Georgia decided to follow her mother’s footsteps and do some modeling of her own. She is now working with Hudson Jeans. Another celebrity kid who made a name for himself in the modeling world is Scott Eastwood who modeled for Abercrombie and Fitch. Do you know other children of famous celebrities who tried or are trying to make a name for themselves in the field of modeling?