Bruno Tonioli Underwear, Shirtless, Gay, Boyfriend. We are updating this post to give you more underwear and shirtless photos of the DWTS judge. Check him out making an appearance on co-DWTS judge Carrie Ann Inaba’s selfie. 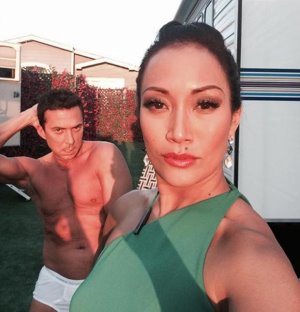 By the way, according to reports, Bruno is married to a guy named Jason Schanne. We went looking for a photo of the guy but can’t find any. We will update this post when we find some photos of Bruno’s current boyfriend. 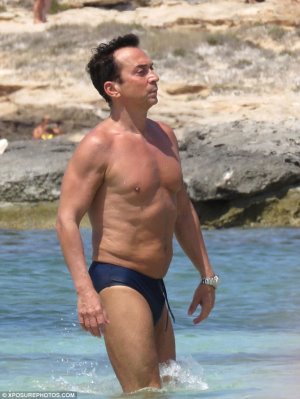 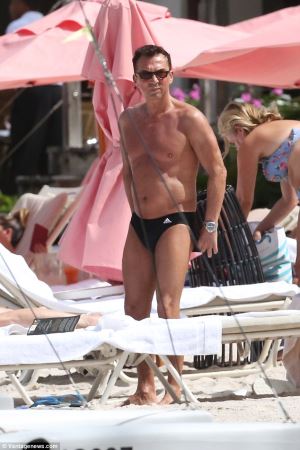 Bruno sure loves him his tighty whitie underwear, no? On the set of James Corden’s late night show. 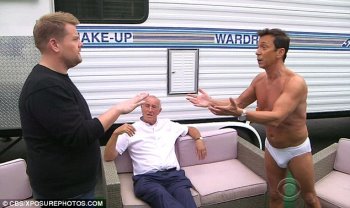 Bruno Tonioli Underwear on The Soup. We were surprised to see Bruno Tonioli, the hyper-enthusiastic judge of Dancing With the Stars, on Joel McHale’s The Soup. We were even more surprised (and delighted) when he stripped showing us his really really white tighty whitie underwear. With that, let’s add him to our list of guys in tighty whities. It would be reality-TV heaven if them DWTS male professional dancers were made to perform in their tighty whities, no?

Some screencaps of Bruno’s The Soup appearance: 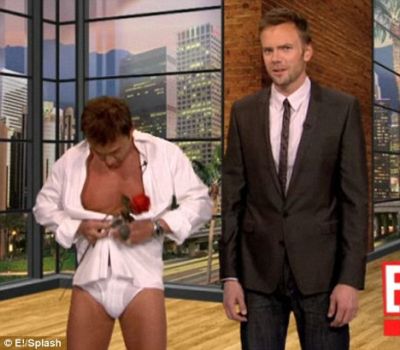 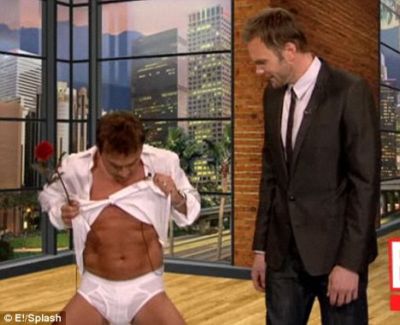 By the way, for those of you who are wondering whether Bruno is gay, the answer is a big bold yes. In an interview with Metro Magazine back in 2005, Bruno talked about being a homosexual and the bullying he had to endure when he was young.

Straight from the horse’s mouth (via Metro): “When I was 10, I knew there was something different about me. Everyone was football-mad but I just wanted to watch musicals and see art. It was frightening. I really WAS the only gay in the village. I was labelled ‘the queenie guy’ and ‘the queer’, which was the worst thing you could be told in Italy in those days. I always danced very well, so the great-looking girls would dance around me. One night a bunch of lads got jealous about this. They shouted, ‘You poofter!’ and chased me from the club with a broken bottle, then pinned me up against a wall. I eventually chatted myself out of it with wit and imagination – but I was very lucky.”

He adds: “When people feel threatened by you, they find something that is belittling. I was a pretty boy – maybe they fancied me and were afraid of their own feelings. I realised I had to reinvent myself. So I grew my hair, started smoking, always wore the latest gear and had the best-looking girls as my friends. I turned it to my advantage and became very popular, just by doing an act. So bullies no longer had any reason to attack me. Instead of being an object of derision, I was able to become an object of admiration.”

Well, we’re happy to note that Bruno was able to turn his life around because, indeed, he is an object of admiration for millions of reality TV fans who love his wackiness and over the top judging comments in Dancing With the Stars and the UK show, Strictly Come Dancing. Way to go, Bruno.


Does Bruno have a boyfriend? Well, he used to have a boyfriend named Paul but the two, sadly, split up. Here’s a picture which, according to a commenter, shows the mysterious Paul. [Note: We’re not really sure whether the guy below is Bruno’s ex, okay?] 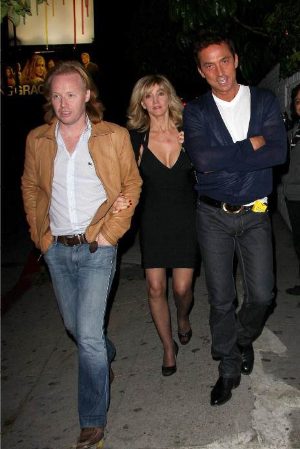 Bruno must have been brokenhearted but we’d like to think that he was consoled when he got a kiss in the lips from rugby hunk and Strictly contestant Gavin Henson. 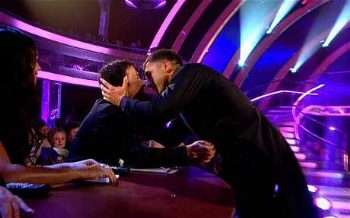 Kinda hot, huh? Speaking of hot, you should check out Gavin Henson’s Underwear.