Heh! Anyhoo according to them gossip mongers at the Daily Mail, Alexandra, a model from the Philippines and Spain, is currently vacationing with the Prince and the two of them are “engrossed in each other’s ­company” with her rubbing suncream “into his back”. How cute is that? And what other princely body parts is she rubbing? 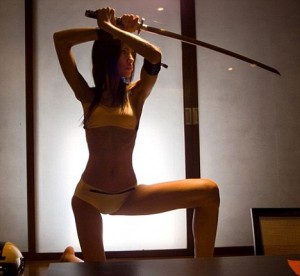 As a model, one of Alexandra’s modeling gigs is as a lady samurai in that badass Quentin Tarantino movie, Kill Bill. That’s her in the picture above.

More about Prince Andrew’s new squeeze from the Daily Mail: “She was also seen in Cannes in May at a party for luxury jewellery firm De ­Grisogono, where X Factor judge Cheryl Cole was paid £250,000 for a 30-minute ­performance. Other guests included supermodel Naomi Campbell and Margherita Missoni, the fashion house heiress.”

The report adds: “And she appears in an advert for Uni­lever’s Cream Silk hair conditioner. Miss Escat grew up in Spain but speaks her mother’s native tongue, Tagalog. She is often spotted in the Philippines at fashion events and has appeared in the country’s edition of Tatler magazine.”

What do you think of this relationship? Do you think they found each other’s soulmate and that they will be together forever? Or would they break-up in a week or two?

Anyhoo, here are some of Alexandra’s modeling photos. 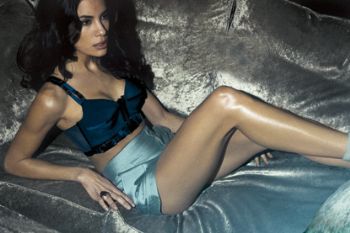 To use the words of Kathy Griffin, “That’s a hot and sexy bangin-bikini body.”

Alexandra must be very proud of her legs as they’re mostly the focus of her model photos. We get it Alexandra, you’ve got gorgeous legs. But can they kick as high and as badass as Lucy Liu’s legs? 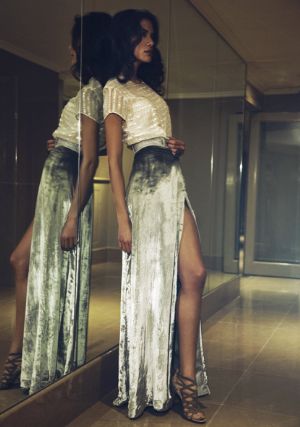 Alexandra and Andrew partying on a yacht. 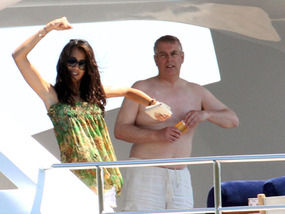 Maybe we should include these two in our post on old men and young girls making out?