Want more famous men wearing Ray Ban sunglasses? “If you want it, we’ll give it to you!” is our Famewatcher motto so here’s Hollywood actor Ben Affleck and his Ray-Ban Olympian sunglasses from his Daredevil movie. 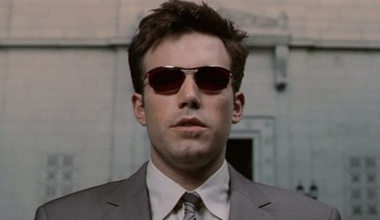 Does he look badass enough? Nah! He’s chubby in this picture. Looks like he’s been eating more than his fair share of McDonalds burgers.

More Ray Ban sunglasses for you.

By the way, we thought all along that Peter is Jane Fonda’s father but it turns out that he is her brother. And he’s actually younger than her. How stupid are we? Haha. The father of Peter and Jane is, of course, Henry Fonda who almost completed his EGOT (Emmy, Grammy, Oscar, Tony) Awards Collection: He got an Best Actor Oscar for On Golden Pond, a Best Spoken Word Grammy Award in 1977 for Great American Documents, and a Best Actor Tony Award for Mister Roberts. He failed to bag an Emmy but he’s nominated twice. 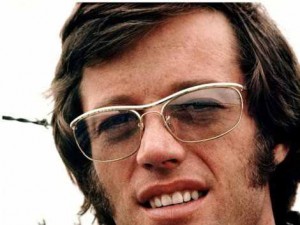 Oscar-winning actor Nicolas Cage also wore a pair of RayBan Olympian sunglasses in a movie he starred in with former squeeze Laura Dern. 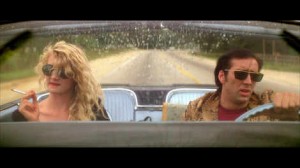 Do you know any other Hollywood celebrity who wore RayBan Olympian sunglasses?