Alexander Zverev Shirtless, Girlfriend, Endorsements. Four years later, we are updating this post to note that Zverev has now bagged 11 titles to his now, banked US$20.9 million in prize money, and is now ranked 7th on the ATP but placed as high as 3rd in November 2017.

Relationship-wise, he is reportedly dating German model Brenda Patea. Here’s a photo of the lovely couple on a date by the beach. 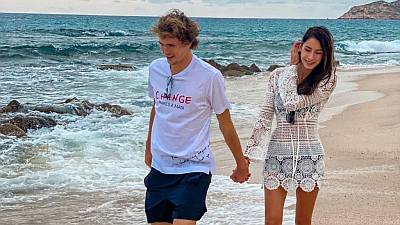 Now, here are some shirtless photos of the German hunk for the thirsty THOTs among us. Haha. 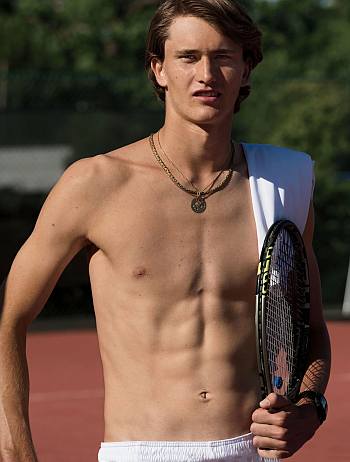 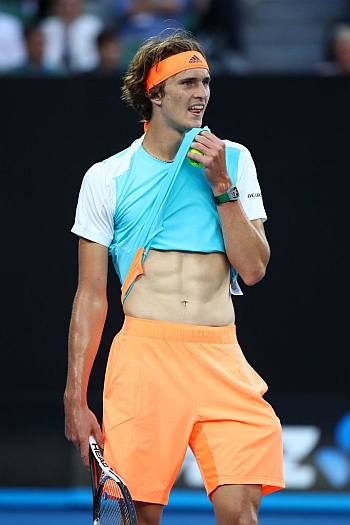 Alexander makes bank not only by playing on the court by signing endorsement and sponsorship deals with companies which include the following: Richard Mille, Peugeot, Adidas, and Z Zegna. 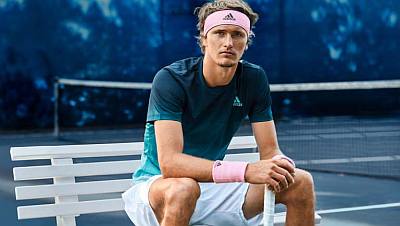 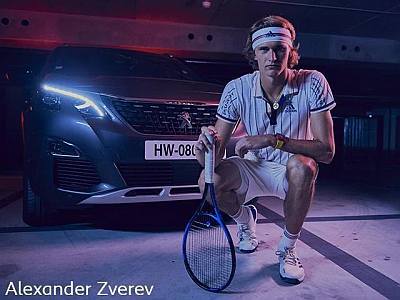 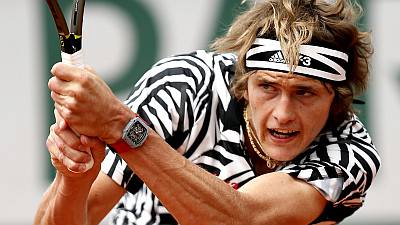 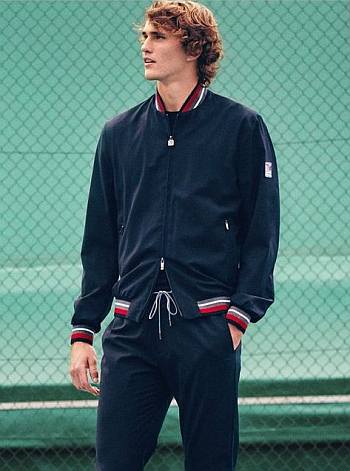 …..
Alexander Zverev Shirtless, Girlfriend, and Other Stuff (6 June 2016). This post is for our TennisWatcher friends who are looking for shirtless pics of up-and-coming German tennis player, Alexander Zverev Jr.

Here’s Sascha (that’s his nickname — not Alex) with his back to the camera doing some bike workout: 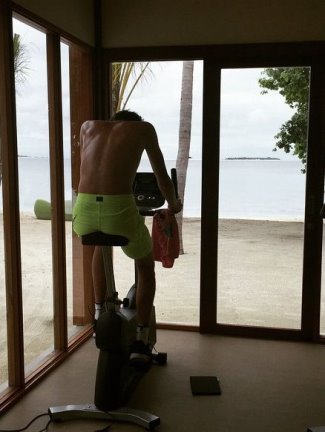 Sascha on his back after working out at the gym. Hey, the treadmill ain’t for sleeping, honey! Hehe. 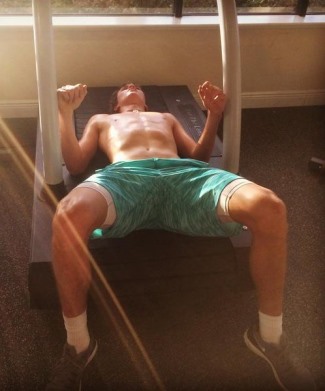 We’re afraid those are the best Alexander Zverev shirtless pics we can find. But we will update this post once we come across more shirtless photos so check back later.

This 19-year-old German tennis player turned pro in 2014 and is currently ranked at #38 in the ATP Players’ rankings. He has yet to win a title as a pro — as a junior, he won the 2014 Australian Open championship title — but he has beaten higher ranked players such as Grigor Dimitrov, Mikhail Youzhny, Benjamin Becker, Kevin Anderson, Marin Čilić, Gilles Simon, and David Goffin. Those are quality wins over top players, if you ask us.

So how good is Alexander Zverev? Is he Germany’s best hope to the top? Looks like it. Here are what our friends at Tennis Warehouse are saying about him back in 2014:

*****
nethawkwenatchee: I’ve watched the junior slam finals for the past few years and this guy looks a step ahead. It’s an asset to have an older brother (Mischa Zverev) who has played tour level with decent results (career high ATP #45 world ranking) and his Dad who was also a professional player, but this kid has all the physical makings of a great player as well. He’s relatively tall, has great court speed, tactical awareness, hit’s a really big inside out forehand, plays all court, serves well, ETC. With some more strength training and continued work with world class coaching, matches against world class players, ETC. I could see this guy making some results on the Men’s tour right out of the gate. There are always good juniors coming up but this kid looks to be the real deal. I’d actually like to see him play Tomic today: not sure who I’d bet on :)

dominikk1985: he is very talented. his brother mischa has similar talent, he was 45 in the world at a very young age (I think like 19) but then was devasted by injuries ever since which is why he dropped in the rankings so much.

hopefully sasha is not as injury prone as his brother, they are both tall guys so they need to work hard on their fitness to not get injured (probably mischa neglected that and now it is too late because the body is already done).

*****
After Sascha spent two years at the tour, we wonder if dominik and nethawk have changed their minds about Zverev’s skills and prospects as a top tennis player.

Alexander Zverev Girlfriend? Is he dating anyone at the moment? Yes he is! And this is the lucky girl. Joke. Joke. Not really! We actually don’t know his relationship status. And the girl is Sabine Lasicki who partnered with Sascha during the Hopman Cup in January this year. 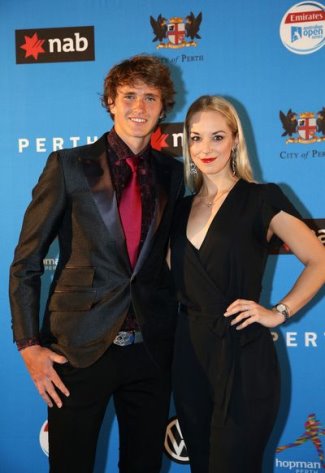 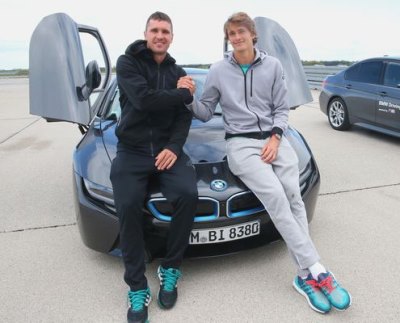 Let’s end this post with this photo of Sascha as a surfer dude. 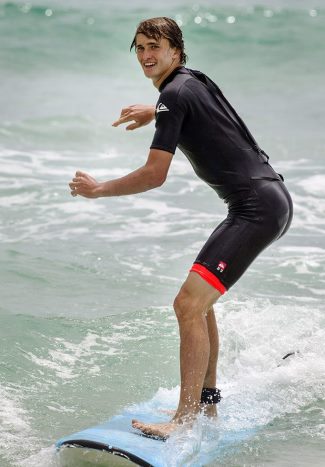 Watch out for more Alexander Zverev shirtless pics in a future update. If you want more of this future tennis star, follow him on Instagram (@alexzverev123).