Vintage Longines Ladies Watch: Did Audrey Hepburn Really Wear Longines? This was supposed to be a run-of-the-mill post on vintage advertisements for ladies watches specifically focusing on Audrey Hepburn and her Longines but we ended up going down an internet rabbit hole to find the answer to the following question: Did Audrey Hepburn ever really wore a Longines watch?

We got curious because when we were looking at the Longines adverts featuring the Hollywood icon, it dawned on us that we never really see her wearing a watch. Check out this one for instance: 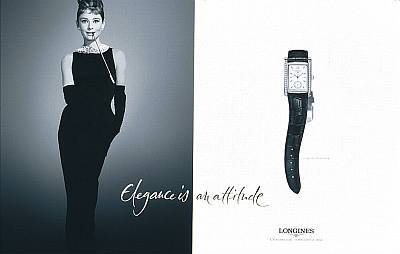 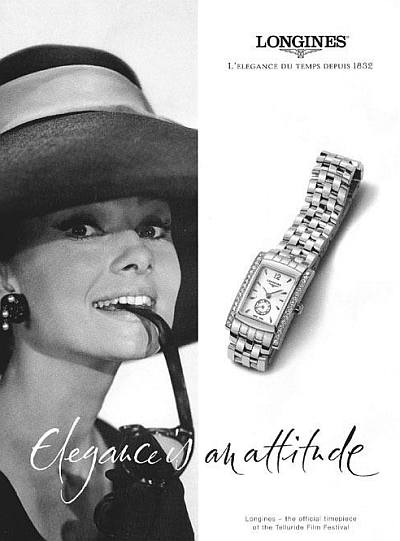 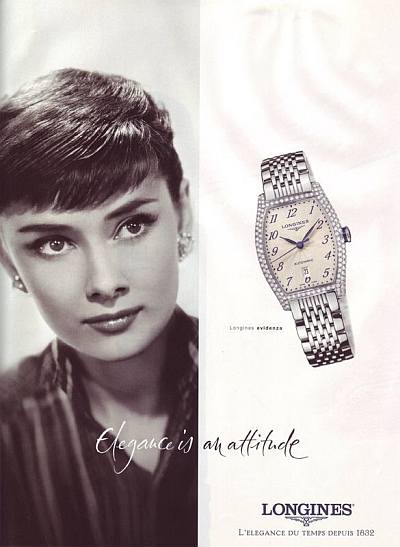 Even the Longines museum in St. Imier, Switzerland does not show the EGOT-winning actress wearing a Longines: 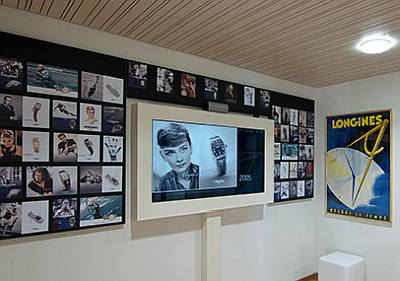 When we mentioned our “discovery” to our friend Deena she went, “What are you talking about? She’s wearing a Longines while dancing with Humphrey Bogart.” We sent her this ad and told her to look again: 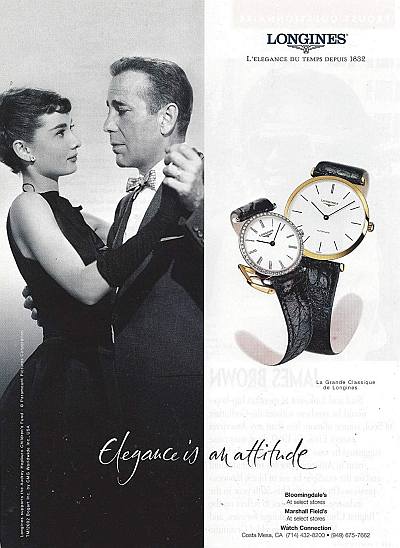 Nope, she’s not wearing a Longines there. But the advertisement kinda made us think that she is. We sent the other pictures we posted above to Deena and she was like, “OMG, horror of horrors, are they using her images without her permission?”

Well, that’s not likely. Longines, after all, is a global luxury brand and no way in hell are they going to risk bad publicity for using images of a revered Hollywood superstar without her permission. However, because the brand is so identified with Hepburn, we can’t help but feel that their advertising managers duped us into believing that she was a Longines ambassador when she was alive and while at the top of her career.

Now, we are not the only ones who were mistaken in this belief. For instance, here’s  a quote from crownandcaliber.com that goes,”Like every great fashion icon, Hepburn’s look wouldn’t be complete without the right timepiece on her wrist. She is best known for wearing a Dolce Vita. It is one of Longines most famous timepieces.”

Considering that we also believed the same, we can’t really fault the person who wrote the above. For the record however, according to the Longines website, the DolceVita was actually launched in 1997, four years after the actress passed away in 1993.

Well, our dear D1JBS, we think we found the answer for you — although nine years late — in an article for Vanity Fair by Laura Jacobs who wrote this about the actress: ” She did not wear watches, because she didn’t like the sensation of cold or weight against her skin.” 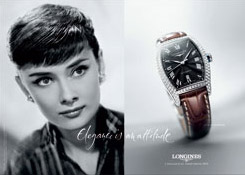 So how did it happen that a non-watch wearer became imprinted in our minds as the face of a global watch brand? We think, and this is pure speculation on our part because we really don’t know, that Longines inked a contract with the Hepburn estate to use her images in their advertising campaigns.

It is important to note that the ads never categorically claimed that the actress ever wore Longines or that she is a brand ambassador. However, creative advertising sleight of hand made us believe that she did wear Longines watches (even one which was launched after she passed away) and that she’d been an ambassador from as far back as the 1950s.

That’s the magic of advertising for you which is why, even though we said that we feel duped, we still gotta give props to the creative minds behind this advertising campaign. Fair play to you, good sirs and madams, fair play to you.