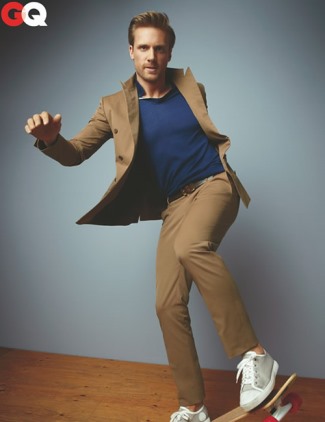 According to our friend Deena, you will know that an actor made it in Hollywood if he lands on the pages of the venerable GQ Magazine. Well, by this measure, there is no doubt that Teddy Sears made it.

What say you of his fashion ensemble? You’d think that combining a brown suit with a blue shirt (a Diesel Black Gold) will not work but he’s actually looking good, ain’t he? For those who are wondering, he is wearing a pair of Hermes sneakers.

Teddy Sears Shirtless in Hot Tight Pants. Oh my! Don’t you just love men who look great in tight pants. Our real-life beau will never fit in one so we tell him to never bother. Haha. 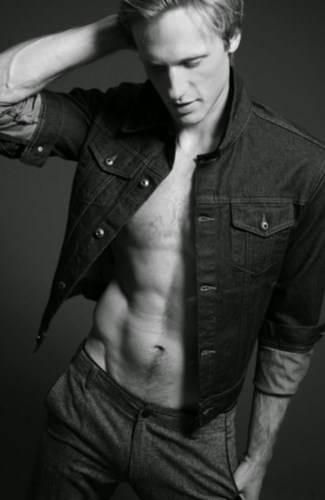 Teddy Sears Underwear and Speedo Photos. Here’s a vintage-like photo of Teddy wearing a pair of briefs-style Speedo swimsuit. If you happen to know the story behind this photo (is it from a movie, a magazine photoshoot, or an advert?) do tell in the comments. [Want more men in Speedos?] 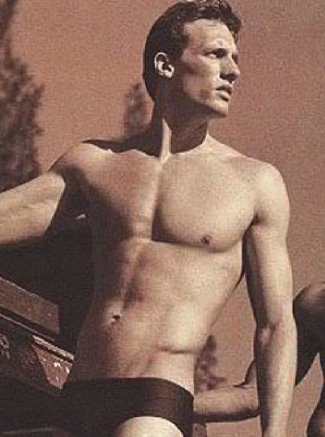 Teddy as a male stripper in an episode of Ugly Betty. Remember that show? It was fun and hip and worth watching. 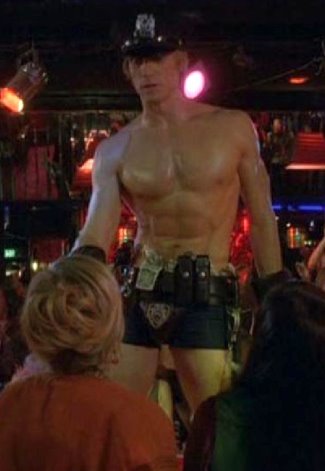 Does Teddy Sears prefer boxers or briefs. He’s wearing boxer shorts in the pic below. He reminds us of hot college professor. Haha. 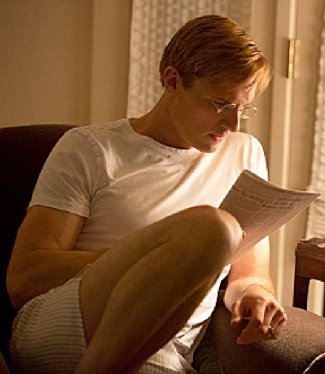 And here’s Teddy in a pair of boxer briefs. 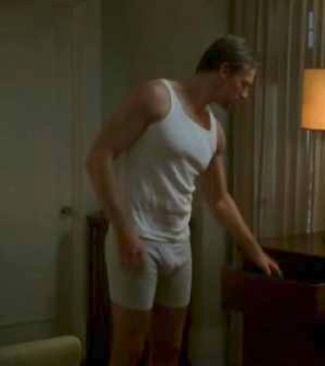 Teddy Sears Gay or Straight? He’s straight but he doesn’t mind doing gay roles as he does in an episode of American Horror Story where he plays the lover of gay-in-real-life Zachary Quinto. Here’s a bum-baring pic of Teddy which we had to censor so as not to send our grandmama into an apocalyptic fit. [Update: Sorry, we had to delete the photo.]

Here’s a pic of the couple from the 2013 amfAR Inspiration Gala in Los Angeles. 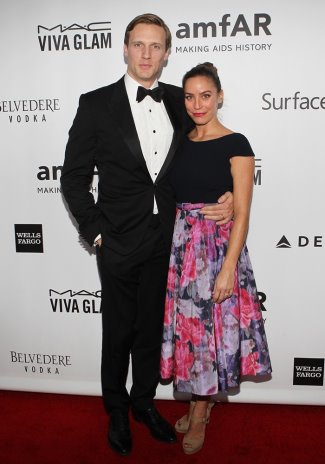 What is Teddy doing now? He’s pretty busy is starring as Dr. Austin Langham in the critically acclaimed Showtime drama, Masters of S*x.