Did you watch Leah Remini’s revealing interview about her departure from Scientology on ABC 20/20? What did you take away from the interview? Ours would be 1) that Leah is a very brave girl and 2) that Dan Harris is a hottie and that he looks like actor Joseph Gordon-Levitt.

Seriously, the very first thought that crossed our mind when we started watching the interview was, “Hey look! It’s Joseph Gordon-Levitt. Oh, not really, he must be Joseph’s older brother.”

Turns out they are not related at all. But they do resemble each other. Look and compare: 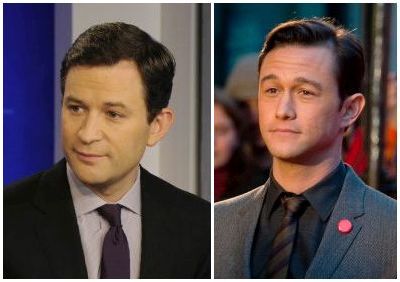 Dan Harris is a hottie, no? For sure. Unfortunately we can’t find any Dan Harris shirtless photos for those of you who want shirtless pics of your favorite media man. You know who you are. Hehe. Probably the only way one can get Dan to chuck off his shirt is if the shirtless Chris Cuomo invites him to go a fishin’.

We did find a Dan Harris shirtless pic but its a different guy and not our media hottie. Check out Dan Harris The Male Model. 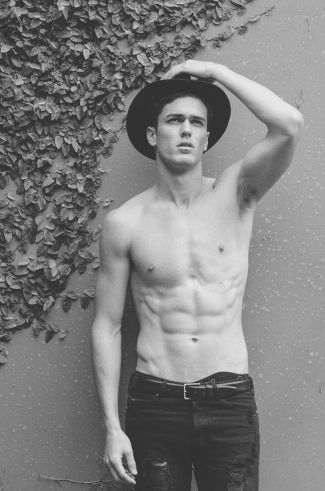 Whoa! Hello there Mr. Model Harris! You sure got some nice abs.

Is Dan Harris Gay? But let’s go back to the journalist Dan Harris, shall we? For our friend Kevin who asked, no Dan Harris is not gay. In fact he is married to a lady doctor named Bianca and the couple have a little baby Harris named Alexander Robert. Here’s a photo of Dan and Bianca we grabbed from his Twitter account (follow him @danbharris): 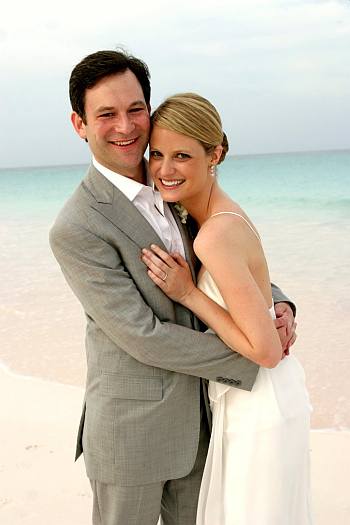 By the by, did you know that Dan has a crush on Katy Perry? He revealed this tidbit in an interview with guestofaguest.com which we are reprinting below. Check it out:

What do you actually do all day? Make phone calls, ride airplanes, talk to cameras.
Favorite song growing up? “Dear Prudence,” by The Beatles.
Why do you live in NYC? Greatest city on Earth.
Uber, Taxi, Subway, or Citi Bike? Transportationally omnivorous (except the bike part.)
My motto is… “You can’t hurt steel.”
My alter ego is… Animal from The Muppets
The last drink I had was… Vodka/OJ- 2 months ago. I’m irretrievably boring.
My secret crush is… Katy Perry.
What was your first job? Dunkin Donuts.
If you had one day left to live in NYC what would you do? Spotted Pig burger, Perla orecchiette, movies, Central Park, Insomnia Cookies, nap.
Coming from? Going to? Good Morning America studios-home.
What is your favorite work of art? From the world of film… Annie Hall.
Who should we know? Dr. Mark Epstein, the Buddhist/shrink/author from Tribeca. Dude changed my life.