Rolex Lady-Datejust Celebrity Brand Ambassadors. Let’s check out these group of female celebrities who, at one time were the face or brand ambassadors of Lady Datejust Rolex. For other famous people who were spotted wearing a timepiece from this renowned Swiss brand, check out our post on celebrities wearing Rolex watches.

Sylvie Guillem. Sylvie is a French ballet dancer who was the top ballet dancer for the Paris Opera Ballet and then the principal guest artist with the Royal Ballet in London. She retired in 2015 after 32 years of performances. Sylvie has been honored by several organizations for her craft and her awards include Officier of the Ordre national du Mérite, Gente Dame of honor of the Hospitaliers de Pomerol, and Honorary Commander of the Order of the British Empire. 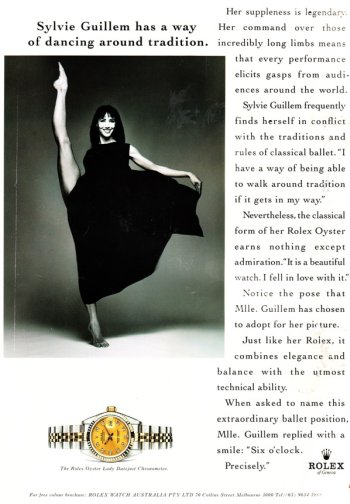 Yuja Wang. Beijing-born classical pianist Yuja Wang currently lives in New York but tours internationally. She is only 35 years old but has already received several awards including the Gilmore Young Artist Award, the Gramophone Young Artist of the Year, the Avery Fisher Career Grant Recipient, and the Opus Klassik Award in Concert Recording (Piano). A Grammy is not exactly a top prize for classical pianists but she’s been nominated four times for that too. 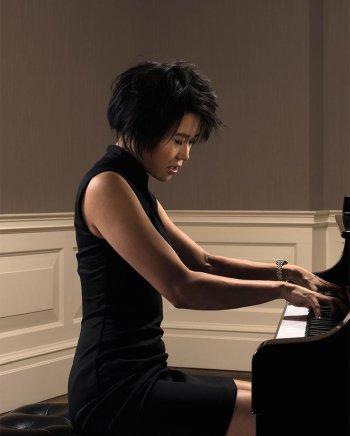 Lindsey Vonn. You might have first heard of her as Tiger Woods’ girlfriend (now ex-girlfriend) but, boy, has she managed to establish a name for herself. She won the gold medal at the 2010 Vancouver Olympic Games and brought home two golds from the 2009 World Championships. What’s Lindsey doing these days? Well, HBO produced a documentary about her titled Lindsey Vonn: The Final Season and she is the host of an Amazon Prime reality competition called The Pack about dogs and their owners traveling around the world. Traveling around the world with your dog with a possibility of winning a prize? If that ain’t the very embodiment of cool, we don’t know what is. 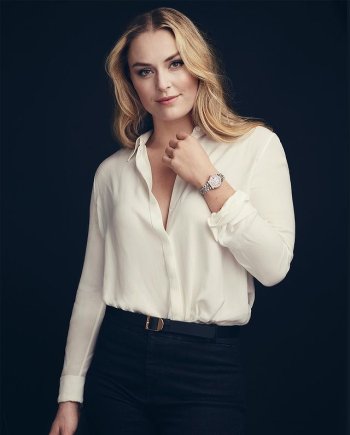 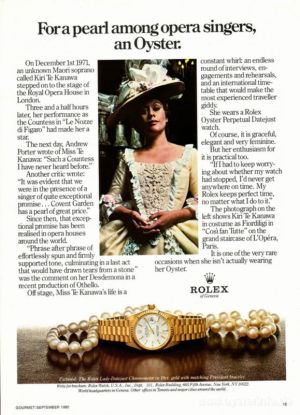 Dame Kiri boasts of a Grammy Award for Best Opera Recording in 1984. A BBC Radio 2 opera contest was named after Dame Kiri (its called the Kiri Prize competition). The winner, Shuna Scott Sendall, went on to perform with the Dame in a concert in Hyde Park. Of course, there are other prizes too the coolest of which is a music scholarship in Italy. 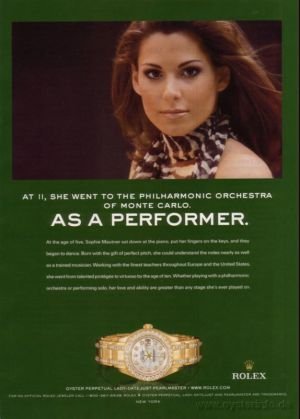 Sophie is a child prodigy who started playing piano at the age of five. She trained under Karl-Heinz Kammerlig when she was eight years old following the recommendation of Ingeborg Wunder, a professor at the Music Conservatoire in Berlin. Sophie won a German Echo-Klasik prize in 1996 for her debut CD released under the Sony label. 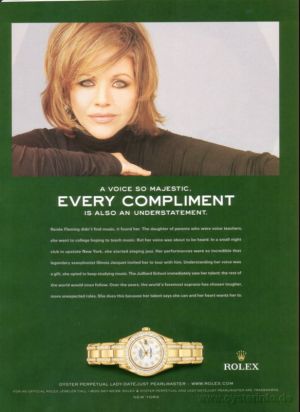 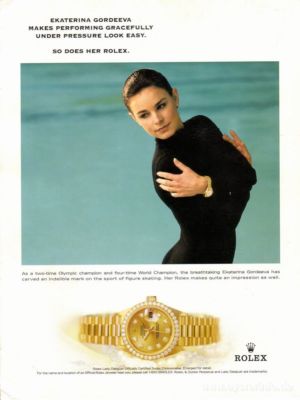 Cecilia Bartoli. Last but not the least in our list of Rolex Lady Datejust celebrity ambassadors is Italian opera singer Cecilia Bartoli. She has a Grammy Award, won in 2011, for Best Classical Vocal Performance. In 1995, she was also honored as a Chevalier of the Ordre des Arts et des Lettres. 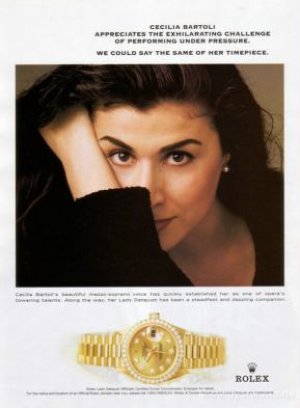