How sexy is a pair of red briefs underwear? For more guys in red briefs, go check out our post on Eric Bana’s Underwear where he looks hilarious as the mullet-haired Poida.

Are these French celebrity guys gay in real life? Nah. Louis is reportedly in a relationship with Valeria Bruni Tedeschi, an actress who some of you may also know as the older sister of former French First Lady Carla Bruni-Sarkozy. Whaaat? She’s older then the former First Lady? So she is much older than her boyfriend? Apparently, she is. Louis is 29 years old while Valeria is 48. Yay, for cougars! 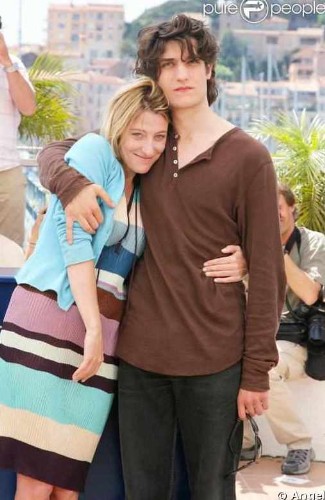 Some shirtless photos of Valeria’s squeeze. 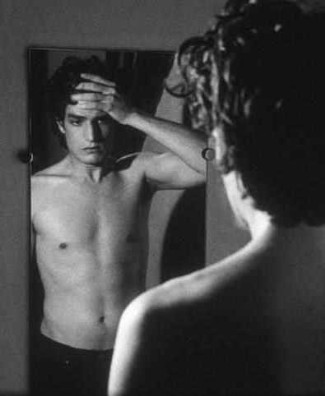 Whatta sexy man on the mirror.

For his part, Grégoire Leprince-Ringuet is reportedly dating French actress, Pauline Etienne, his co-star in the 2010 movie Black Heaven (L’autre monde). Here’s a picture of the lovebirds (the first two from the left) with their other co-stars Louise Bourgoin and actor Melvil Poupaud during a photocall at the 2010 Cannes Film Festival.

We can’t find any other shirtless photos of Gregoire but we did find the next only below where he looks every inch a school boy.

For some reason, he remind us of Ryan Reynolds, Ryan Gosling, Edward Norton, and Tobey Maguire. If these handsome and talented actors had a foursome and miraculously had a baby, it would probably look like Gregoire Leprince Ringuet. Agree or disagree? Do tell us what you think in the comments.