Dirk Bikkembergs Mens Underwear Models For Fall Winter. been more than two years since we blogged about the Belgian fashion label, Dirk Bikkembergs, its ripe for an update and, this time, we are focusing on his men’s underwear offerings for this year and the coming one.

For its fall/winter 2013-2014 Moodbook, the Bikkembergs powers-that-be picked sexy Brazilian hunk Diego Miguel to model their nifty outfits. We’d like to upload all of Diego’s Moodbook photos but since we are limiting our focus on the label’s men’s underwear, let’s just check out the Brazilian model in his Bikkembergs briefs. 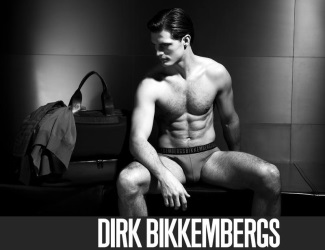 Another model who posed for Dirk Bikkembergs underwear is John Zoeller. Here’s his pic (by noted fashion photographer Oskar Cecere) for a Bikkembergs advertising campaign. 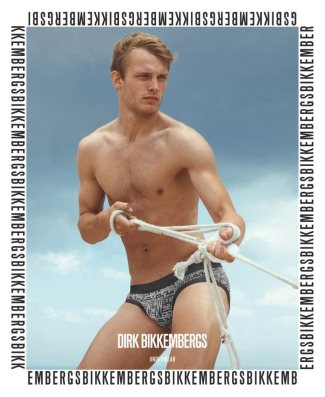 Would the above photo entice you to buy a Bikkembergs brief for yourself or your man? If you are enticed then, according to Tyra Banks or one of the ANTM judges, Zoeller deserves a lot of props for “selling” the outfit.

Our friend Kevin answers: Of course we are enticed to buy a Dirk Bikkembergs underwear not only for myself but also for our man. But a Bikkembergs creation we’d really really like to buy for our beau is this turtleneck piece seen at the label’s Milan Fall/Winter fashion show. It rocks!!!

Here’s the outfit Kevin is referring to: 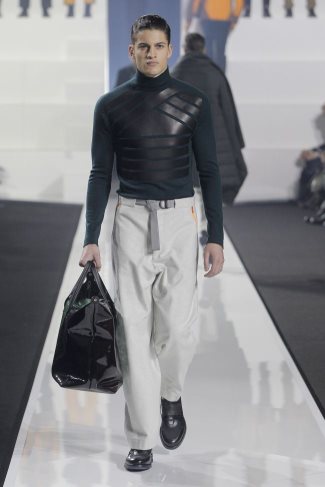 The tight-fitting turtleneck sure looks cool, doesn’t it? But let’s not let Kevin distract us from our men’s underwear focus. Hehe. Here’s another Oscar Cecere photo featuring a male model in a pair of Dirk Bikkembergs briefs. 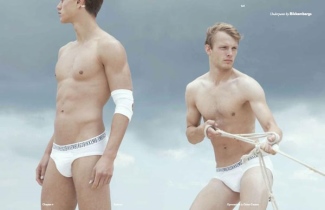