Jamie Dornan Gay or Straight? Single or Has Wife or Girlfriend?: Jamie Dornan, the hunky Irish model-turned-actor we once included in our post on Hot Guys in Calvin Klein Underwear, is about to become one of the biggest stars in Hollywood. 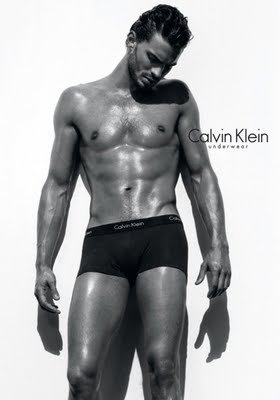 When our gay friend Kevin learned that Jamie has been picked for the Christian Grey role the first thing he said to us went, “Hmmm. That guy is too pretty to be straight. Doesn’t he remind you of Ricky Martin, Matt Bomer, and Wentworth Miller — you know, gorgeous boys adored by women who eventually came out as gay?”

Well, Kevin is not the only one who mistakenly believes that Jamie is a friend of Dorothy. In fact, in a 2009 article on the London Evening Standard (standard.co.uk), Dornan reveals that lots of people think he is gay:

He is often told how well he passes for straight. The amount of people who think I’m gay is astounding.’ From 2003 to 2005 he stepped out with Keira Knightley, an affair both of them refuse to talk about to the press. When they split, he was quoted as saying, The man is meant to be the alpha in the relationship on the money and power front and clearly I was not,’ but when I put that to him he cringes. That was taken totally out of context. I didn’t mean that.’

What do our friends at gay-or-straight.com think about Dornan’s preference? Well, they think he is “quite straight”:

gay-o-meter/gaydar for Jamie Dornan: According to 170 visitors Jamie Dornan is 64% gay. However, the average gay-rating on gay-or-straight.com is 69%, which means Jamie Dornan is quite straight in comparison to other celebrities on this website.

Although he’s straight, Jamie is supportive of the LGBT community and has, in fact, appeared as a coverboy for two LGBT publications, Attitude Magazine and Out Magazine. 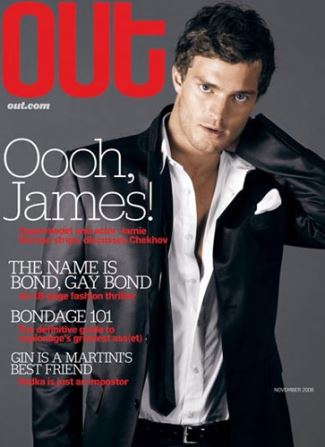 And on Attitude Magazine, a British publication. 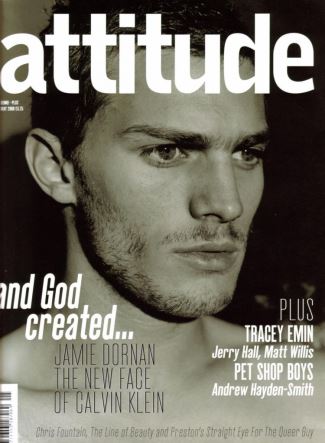 Does Jamie Have a Girlfriend? So what is Jamie’s relationship status? He’s married to English actress and singer-songwriter Amelia Warner. Here’s a fan-made “wedding” collage of the couple. 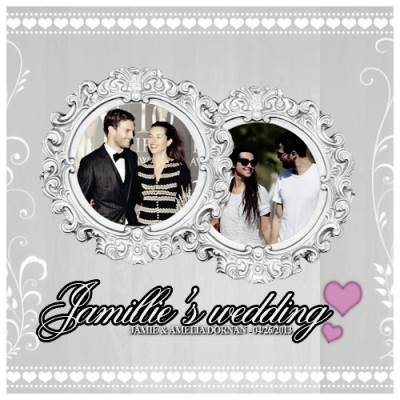 The two announced in June this year that they are expecting a baby. Congratulations to you, lovebirds!