Zlatan Ibrahimovic Shirtless, Underwear Model, Wedding. Huh, while the world of celebrity bloggers were speculating about the nature of Zlatan and Gerard Pique’s relationship more than ten years ago, it turns out that our Swedish soccer player has been in a relationship with a woman all along.

Fellow clueless Famewatchers, say hi to Ibra’s significant other Helena Seger. In a recent interview with Elle Magazine (via Corriere dello Sport), Helena revealed that their first meeting back in 2002 was not cordial at all: “He had parked his Ferrari badly in a car park in Malmo. He had done so in a way that prevented my Mercedes from coming out. Quite gruffly, I told him to move it right away.” 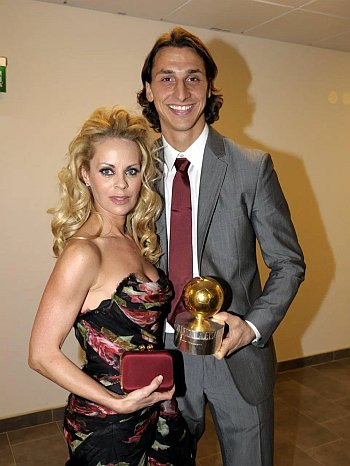 But then, they ended up liking each other to the point that they are now raising two sons together. She is sometimes identified in news reports as Zlatan’s wife but Helena, an accomplished model and businesswoman in her own right, revealed that they are not married and that they’ll likely not tie the knot.

From his Elle interview: “I think I like Zlatan because I stand up to him, I too have an important background and I have built my career with a lot of sacrifice. Getting married could disturb my sense of independence. I don’t want to be labelled simply as the wife of a player, or the winner of a beauty contest. I think people don’t know how much I have studied, worked and fought.”

Now, ain’t that the image of an independent woman that we all aspire to be?

Finally, did you know that Zlatan has done some side gigs as an underwear model? Here are some of his modeling photos: 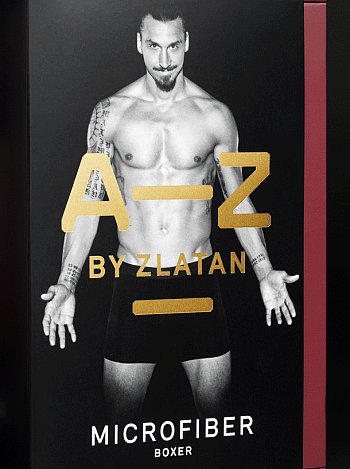 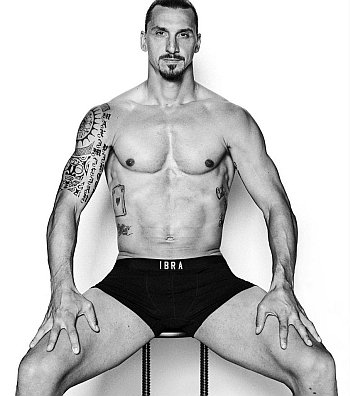 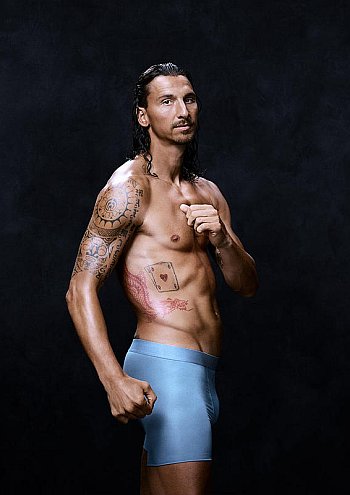 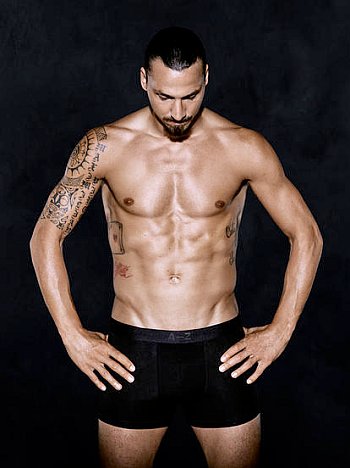 Not a modeling pic, but here’s a young Zlatan chillin’ in a tub. 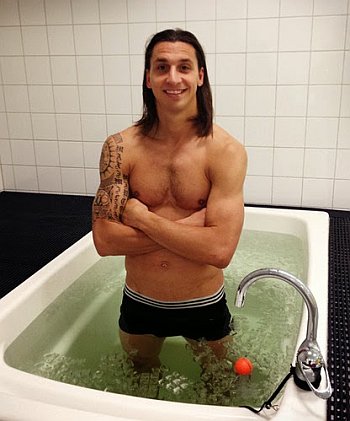 …..
Zlatan Ibrahimovic Gay Outfit? (14 July 2015). What in effin’ hell is Zlatan Ibrahimovic wearing in the above photo? Is this his way of coming out as a gay dude? Or as a transgender like Bruce/Caitlyn Jenner? Maybe he’s a cross-dresser who did not realize that he’s wearing a bra when he took off his shirt? 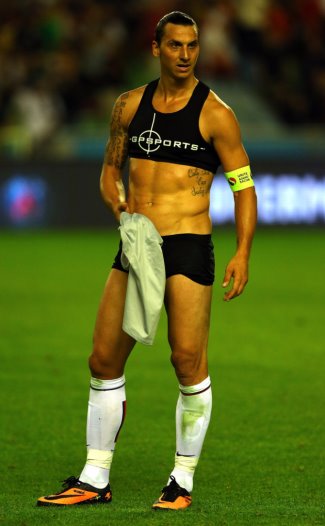 Calm down, folks! He ain’t not cross-dressing. Our Ibra is wearing a performance-tracking kit. More from Yahoo Sports: “Swapping shirts after the 1-0 pre-season loss in his native Sweden, Ibrahimovic revealed a bikini-esque outfit underneath his PSG kit. Far from broadening his impressive resume with a stint as a glamour model, Zlatan – according to Deadspin – is sporting a performance-tracking kit designed by GPSports. The tracker, according to their website, has numerous benefits, enabling analysts to compare a number of aspects of a player’s game to maximise their performance.”

…..
Zlatan Ibrahimovic Tattoos (12 March 2011). Some of you are wondering about Zlatan Ibrahimovic’s tattoos and their meaning and significance. Apparently, our Ibra has got tons of tattoos inked in his body perhaps the most prominent of which is the statement that goes, “Only God can judge me”. We really don’t have to interpret the meaning and significance of said statement, do we? 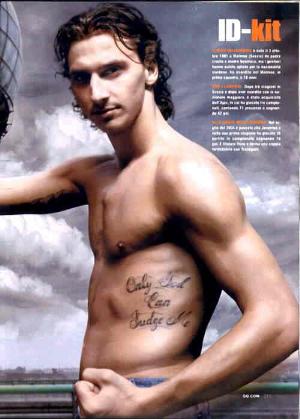 Ibra’s other tattoos include a red dragon on his back, a japanese koi that supposedly stands for “luck” or “courage”, a Buddhist symbol, the aces of hearts and clover, and a Maori symbol.

The soccer star sure loves his tattoos, no? He reportedly has a total of eleven tattoos but we won’t be surprised if he adds more in the future.

…..
Your Comments on Ibra and Gerard (5 January 2011). Hmmm, we decided to update this post to bring up what some of you are saying in the comments section.

GrubbyHands: Again, let us hope he and Pique are doing the math and again I would like an invite to this event if they wish to extend an invitation for a lecherous viewing.

Heheh. Lecherous viewing, eh? We’re pretty sure you’re not the only one who wants an invite, Ms/Mr. GrubbyHands.

…..
Zlatan Ibrahimovic and Gerard Pique are Kissing Buddies (30 August 2010). What’s up with Ibra and Gerard? They’re so intimate in the photo below we’re almost embarrassed looking at what appears to be a private moment. Are they lovers? 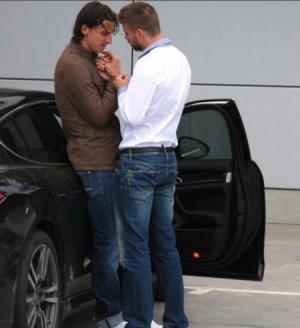 Zlatan Ibrahimovic Underwear. Does he prefer boxers or briefs? Looks like he wears them all. For instance, check him out in a pair of boxer briefs underwear. 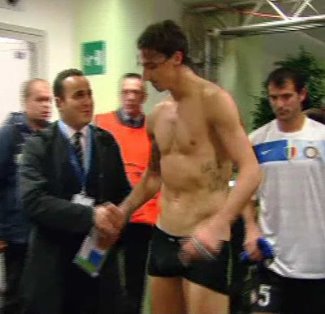 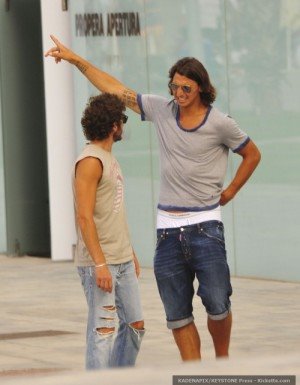