Zeb Atlas Muscle Hunk (throwback post, originally published 20 December 2008). With all the muscles carefully and meticulously sculpted in his body, Zeb Atlas certainly looks like he can live up to the reputation of his namesake, no? Well, no human can really be as strong as mythological gods and titans but it would be cool to see a photo of the the model/actor carrying the world like the way Atlas does.

Get on it, photographers, you are missing an awesome photo opportunity. Have, Zeb carry the world — preferably au natural. Haha. It’s gonna go viral, we tell you.

While we are waiting for enterprising photographers to take a pic of Zeb carrying the world on his shoulders, here are some photos of the guy looking every inch a body builder. 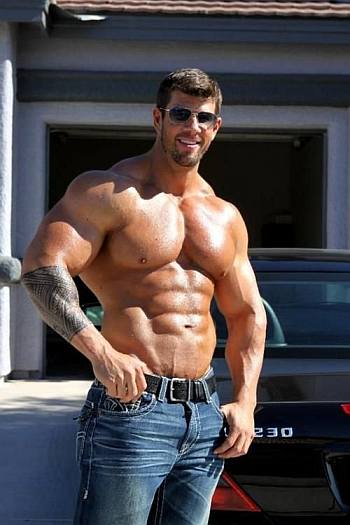 If you have abs as sculpted as this man, it would be a crime against humanity if you don’t show them off as he is doing in the pic below. Thanks, Zeb! 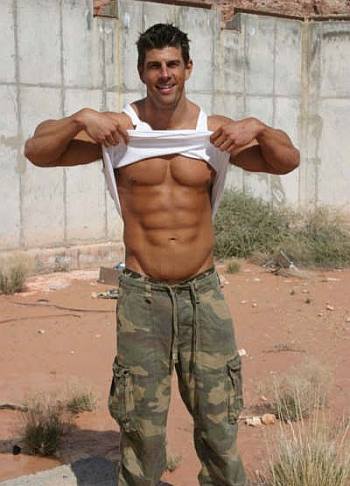 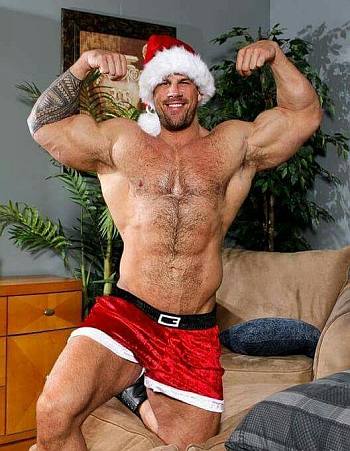 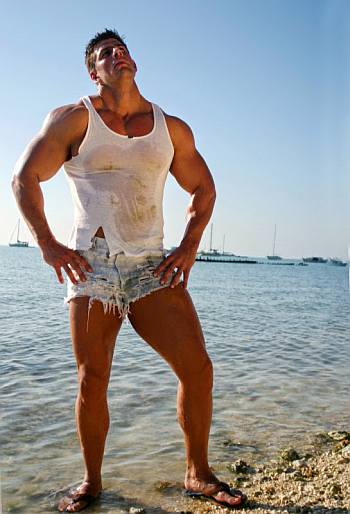 Santa Zeb and Jorts Zeb are cool but, when it comes to favorites, we gotta say that our favorite Zeb is the one below where he is looking kinda cute as a Roman gladiator. 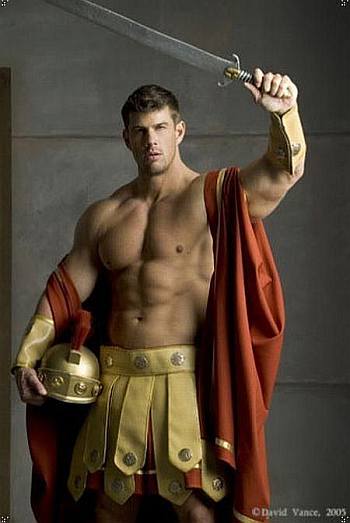 …..
Zeb Atlas: Love Hangover Dance Video. We here at Famewatcher love us our celebrities who stretch their “celebrityhood” so we are giving props to Zeb Atlas for his willingness to stretch not only his biceps but also his vocal chords.

In fact, he apparently released this year a dance music video where he dances to his own version of Diana Ross’s Love Hangover. Check it out.

It’s kinda cool, huh? Who says muscle gods who may have stuffed themselves with steroids cannot sing and wiggle their hot bootay? Certainly not our multi-talented Zebbie. We’re gonna call him Zebbie. Okay?

Zeb’s partner, for those of you wondering, is soul singer Pearly Gates. Pearly and Zeb actually collaborated on another music video project, Stop For Love by Pearly Gates. Check it out.

It would be interesting to know how these two ended up working together, no?