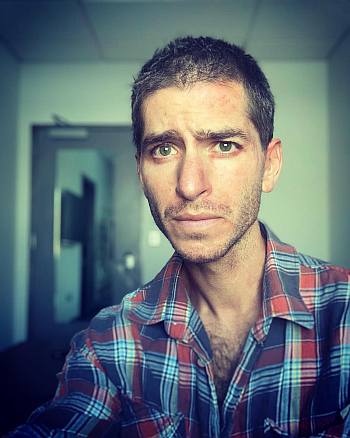 He shared the above photo on his Instagram account (follow him @zackschor) with the following message: “Down 35 pounds and wearing hazel contacts. Not looking my prettiest, but so grateful for the opportunity to do justice to this character. (Even if my expression doesn’t show it 😏) @amazonprimevideo #hunterstv”

So, how exactly did he shed those pounds? Here’s what he told reelchicago.com in an interview: “It’s pretty simple. I ran a lot and I didn’t eat much. A lot of almond butter and stuff like that. But I do want to say it’s really dangerous to do that without proper supervision. I had a doctor take me through the process. It’s not healthy. I’m back to healthy weight. I only wrapped shooting like maybe like six weeks ago. Just getting back to food was a little bit of a process.”

Why did he have to loss weight? Well, if you watch the show, you will find out that he is playing Meyer Offerman, a holocaust survivor who goes on to become a Nazi hunter. Zach plays the young Meyer who’ve witnessed and survived the horrors of war, which explains the weight loss, while the older Meyer is played by Al Pacino.

The subject of the series is close to Zack’s heart because his grandfather is a Holocaust survivor himself. From reelchicago.com:

The project was really interesting as soon as I heard about it. When I sat down and read the role I ended up playing, Meyer Offerman, it really resonated with me on a personal level. I have two grandparents, and my grandfather, who is still alive, survived the Holocaust. Playing a Polish Jew in a Holocaust is an incredible role. The pilot really does it justice. At the end of the day, you take a leap of faith and trust the director and the other people involved in the series and go with it. Absolutely, it’s impossible to do this kind of work without a great director, and the writers and producers also did an incredible job.

Hunters is probably Zack’s biggest acting project but he’s been in the acting biz since 2011. One of his acting gigs, the gay movie 10 Year Plan, had him chuck off his shirt as a bartender: 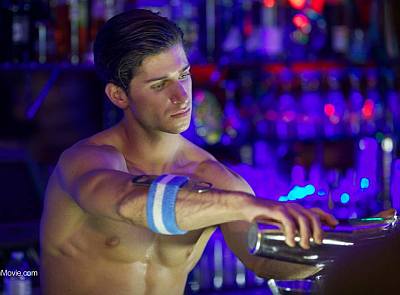 He sure is a looker, no? Here’s Zack pre-weight loss looking cool in tank top shirt and a Diesel underwear peeking out of his jeans. 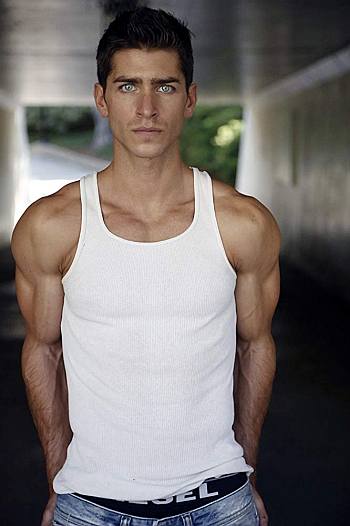 Zack Schor Gay or Straight? Relationship Status? We do not have the answers to these questions at the moment but we will update this post when we do have them in the future.