Zachary Quinto Shoes. Nearly a month ago, Star Trek actor Zachary Quinto made some ripples in the world of women’s shoes when he twitted this statement, “gals: take it from a gay. these high heeled sneakers are THE WORST. reverse the trend while you still can. history won’t remember fondly.”

We don’t think anyone will find that statement controversial since he is, after all, stating a self-evident truth. As we mentioned elsewhere in this blog, high heels are bad for your health. See Bad Effects of High Heeled Shoes.

Anyhoo, Zac’s statement made us wonder about the kind of shoes he wears and these are what we found out. Not surprisingly, he has one of the most comfortable shoes in the world, a Vans Classic Slip-on Sneakers. Not only is this shoes comfortable, it is also very easy to wear. You just slip it on and you’re ready for a walk. 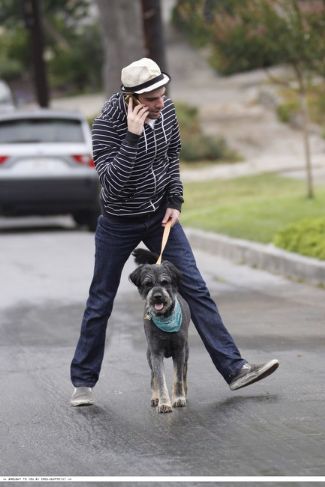 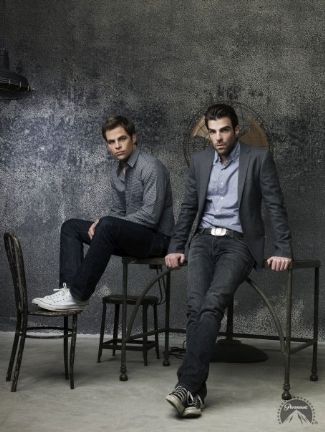 Zachary goes for a walk in a Puma Reptile Mid Sneakers. Is that redhead his boyfriend? Or is that the guy from Modern Family? He kinda looks like the Modern Family dude but he looks younger and has more hair, no? [Note update: Yup, that’s Modern Family’s Jesse Tyler Ferguson.] 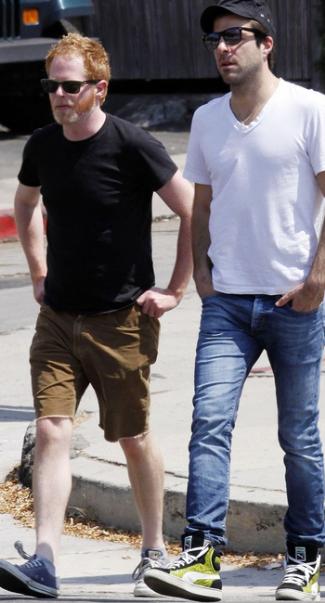 Obviously, our Zac loves to take his dog for a walk. He’s wearing a pair of Nike Dunk High Shoes in the next pic below. 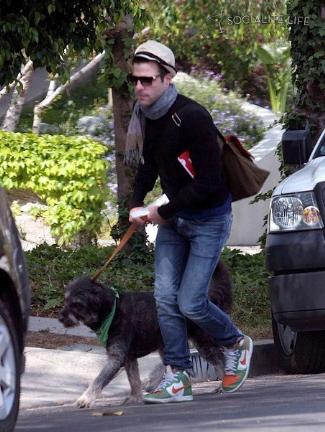 Zac goes very informal in what looks like a red carpet event. What shoes is he wearing, you ask? His shoes, fellow Shoewatcher, is a TOMS Charcoal Canvas Stitchout Shoes. 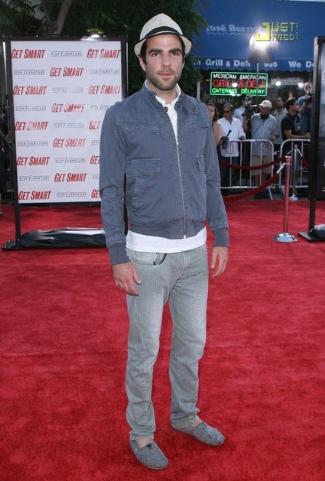 Does he ever wear formal shoes? Of course he does! Check out the John Lobb Woodcote Shoes he’s wearing in this photoshoot for GQ Magazine. 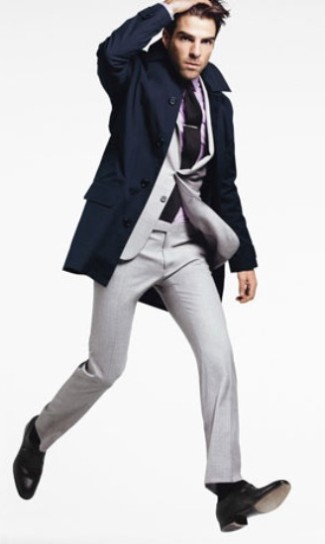 And here’s Zac rocking his long coat as well as his Ralph Lauren Andando Oxford Shoes. 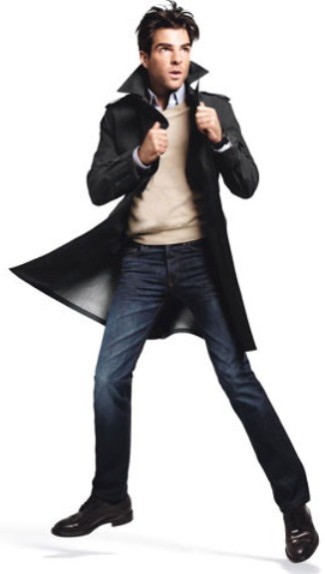 Are you one of those who are wondering about Zachary Quinto’s shoe size? Unfortunately for you, we can’t find any answer to the question. As the denizens of celebheights.com put it, Zac’s shoe size is “unknown”. Maybe some of you (paging: Nate Silver of 538) can predict his shoe size based on the pics above?