Zac Efron Underwear in Movies: We are updating this post to give you more Zac Efron underwear from some of his movies. We already blogged about his tan underwear briefs on the set of the movie Bad Grandpa but let’s take a second look, shall we? [Update: Sorry, we had to delete some photos referred to in this post.]

Next, check out our Zac wearing a pair of American flag briefs-style swimsuit. This one is from the set of his upcoming Baywatch movie. 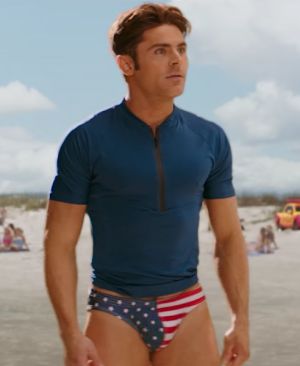 And here’s another Zac Efron underwear movie sighting. This time he is wearing a pair of black boxer briefs in the movie The Lucky One. Our Zac in boxer shorts. 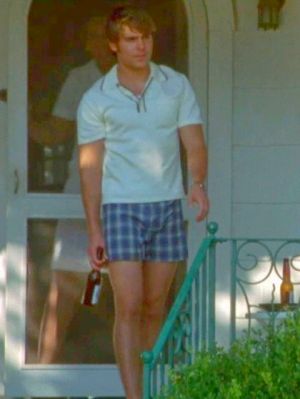 His famous tighty whitie briefs in The Paper Boy. And let us conclude this Zac Efron Underwear update with this photo of our Hollywood A-Listed in boxer shorts. 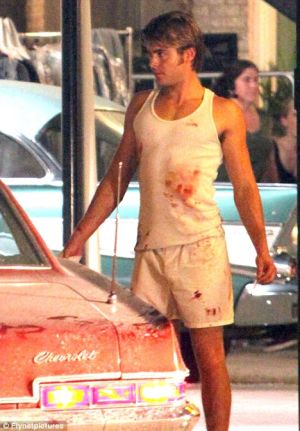 Zac Efron Underwear in The Paper Boy. How sexy is Zac Efron in his underwear? Wet white briefs? What’s not to like? We must admit that we’re not a fan of tighty whities but we’re gonna change our mind because of these Zac Efron underwear pics. Haha. Yeah, we are nothing but silly, shallow fangirls. So, sue us.

Anyhoo, for those of you who are wondering about why Zac Efron is dancing in his underwear with a messy old blonde, rest assured that he’s doing it for a movie. And that blondie, it turns out, is Academy Award-winning actress Nicole Kidman.

We guess this is proof that our Zac has successfully moved past his Disney teen/tween star days and that he is really becoming a legitimate Hollywood star on the verge of making it big outside of Tweendom. The same thing cannot be said of his contemporaries such as the Jonas Brothers who now reside in Hasbeenville.

We’re not saying that Zac is a sure bet to become an A-Lister but, based on his post-tween performances acting-wise (not bad) and boxoffice-wise (moderately successful), there’s a pretty good chance he’ll make a name for himself in the Big League. Are you serious, with a handsome face like this how would he not make it? 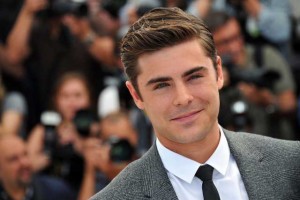 The above pic is from this year’s Cannes Film Festival where Zac and his costars, Nicole and Matthew McConaughey, promoted The Paper Boy. 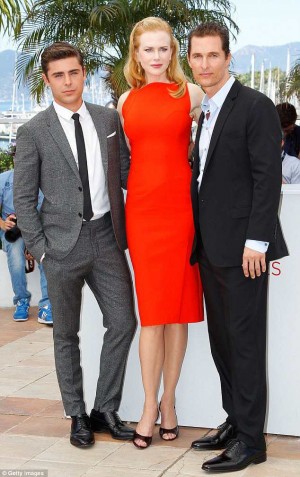 Can you believe that Nicole is the tallest of these three? Well, her high-heeled shoes added to her height but we can’t but think, “That Poor Tom! It must have been psychologically devastating to be ‘out-talled’ by his wife.”

Oops, this is not about Tom but about a young kid who might become much bigger than him. When that happens, do you think Zac will remember the days when he wore his underwear backwards? Want more male celebrity underwear?

Zac Efron Underwear: Calvin Klein (Posted 01 May 2009). Wondering about the underwear brand that your favorite Hollywood actor Zac Efron prefers? He likes them Calvin Kleins which places him in the company of these men in Calvin Kleins.

But what about you, what underwear brand do you prefer? Or do you go “commando” and wear nothing at all. Nothing really wrong with going commando, no? Saves you time and money because you don’t have to wash anything. 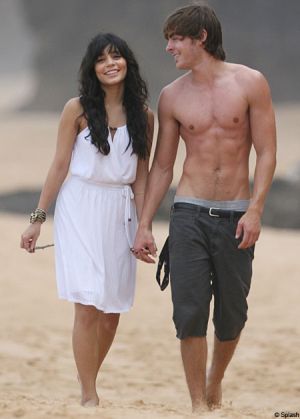