Zac Efron Skinny Jeans Brand Choices: Zac Fashion Style Watch. Zac Efron sure does love him his skinny jeans, no? He’s usually caught on camera wearing a pair of skin tight jeans that, well, that might be bad for the circulation to his “down area”. Seriously, what could be the effect of wearing tight jeans to one’s health? Someone should do a study on this, don’t you think? In fact, we think it is a more worthwhile project than what those people we reported earlier who are wasting a lot of time to compete for the world’s best brain title.

Our Zac is wearing a pair of skinny Nudie jeans in the next photo below. 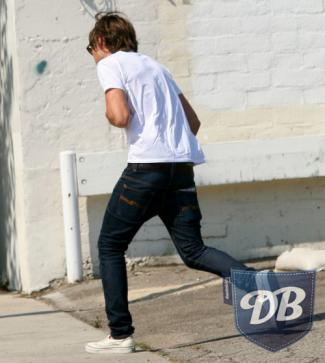 Zac Efron aka Brent Corrigan lookalike continues to prove that he can be a good pole-dancer in this GQ Magazine photos. We must say that we loved him in the movie, 17 Again. That basketball spinning thing he did is just awesome. 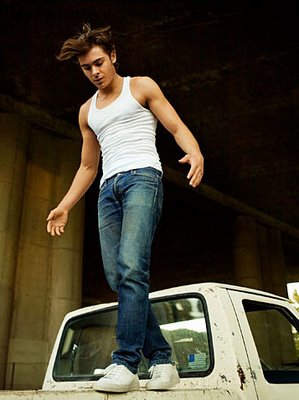 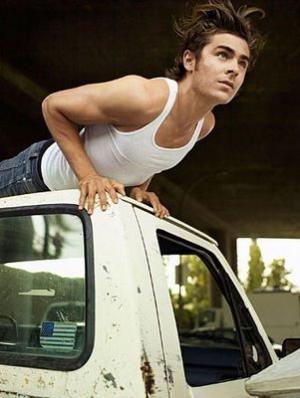 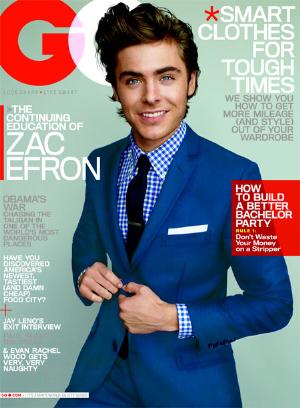 Ahh, Zac. What did you do to your hair. It’s as if it has a life of its own. And what’s up with the pole dancing? Are you following the footsteps of your doppelganger Brent Corrigan? Our Zac is wearing jeans by Gucci in the photo below. 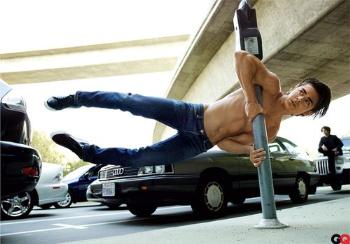 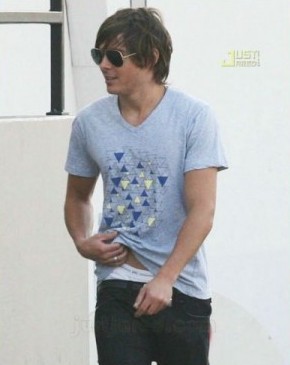 Want to look like Zac Efron fashion-wise? Then all you need to do is check out the clothes he’s wearing and copy his fashion style. Like his skinny jeans which you can see in our earlier posts. Or like this low rise jeans. 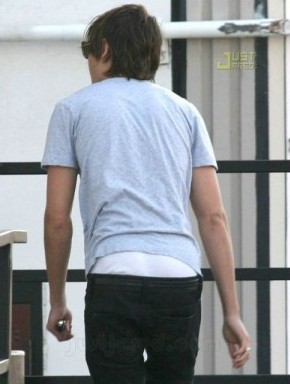 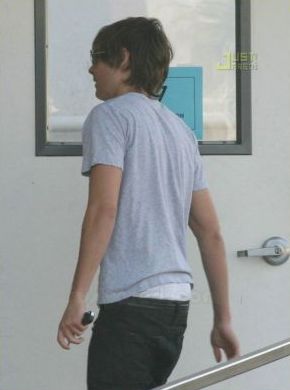 But don’t dress like this when you’re going to school unless you’re planning to get yourself in trouble. Apparently teachers don’t like this kind of “underwear-revealing” pants and one teacher, according to a news story we read, actually sent home a student for wearing low-rise jeans. To be fair to the teacher, this fashion style is a little too out there in school settings, no? But we think this is fine if you’re just walking around like Zac is doing here.