Zac Efron Plastic Surgery? Which young and famous young man who may very well become the top dog of the Hollywood acting hierarchy may have had a nose job? Well, do we really have to ask that question? The answer is staring at our collective faces. It’s Zac Efron !!!!! 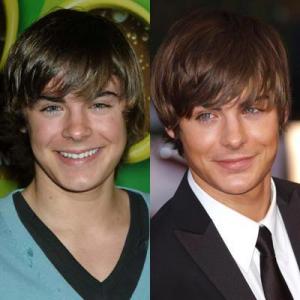 But did he really have a nose job? Well, a plastic surgeon suggests that he did. From Make Me Heal:

Plastic surgeon Dr. Sherrell J. Aston tells Make Me Heal, “I have reviewed a number of pictures of Zac Efron and it is my opinion that he has had nasal surgery. While his facial architecture has changed as he has matured it appears that his nasal tip cartilages have been made smaller and the width of his nasal bones is narrower. He is handsome and his nose fits his face.

It shows the advantage of a rhinoplasty performed well and at the right time for a young man before the height of his celebrity.”

Why hasn’t it been widely publicized? Well, its because he may have had the procedure before he hit it big as a Disney tween star, that’s why.

Zac Efron Plastic Surgery Update. We are updating this post to bring you more alleged before and after surgery photos of Zac Efron.

Initially, we were not convinced that our imaginary boyfriend has even gone under the knife. However these photos kinda made us believe a little that our Zac may have had some plastic surgery adventures.

It is pretty clear though that he has done some dental work. This is kinda obvious in the images below because you can see that the gap in his teeth is no longer there. 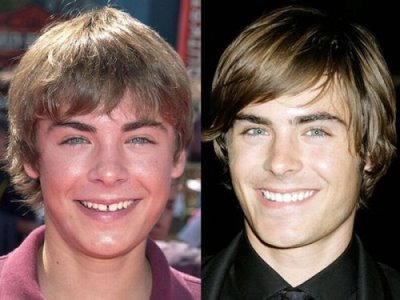 And as earlier mentioned in our original post, there is a pretty cool change in the appearance of his nose too, no? 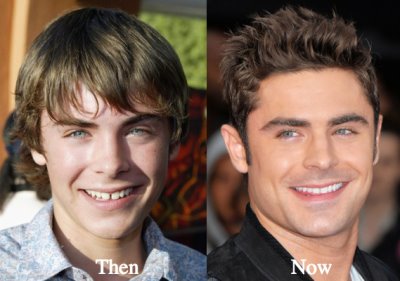 We love your hair, Zac boy! 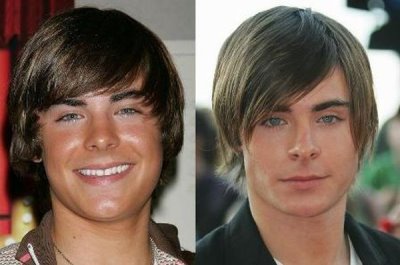