Worlds Tallest Female Model: Caroline Welz of Germany. When people talk about plus size models, the images that come to mind are the bigger, curvier girls we’ve been blogging about like Michelle Olson and Candice Huffine. 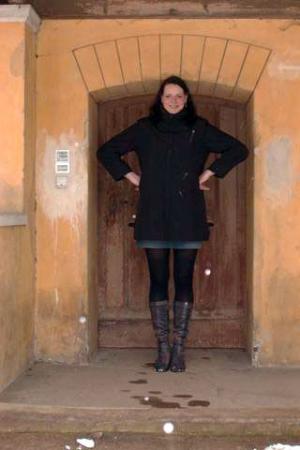 Now, here’s another kind of plus size model: Caroline Welz is not only big but she’s also very tall at 6 feet 9 inches (206 cm). Caroline is currently the tallest woman in her native Germany. We’d like to think that she’s also the tallest female model in the whole world.

Isn’t she awesome? You go, girlfriend! Congrats on being the Worlds Tallest Female Model.

SPEAKING OF OTHER WORLD RECORDS:

Want to get your name in the Guinness Book of World Records? Why not follow the example of Ramavatar Das who is aiming for the world’s longest beard record according to a report by the Reuters news agency. 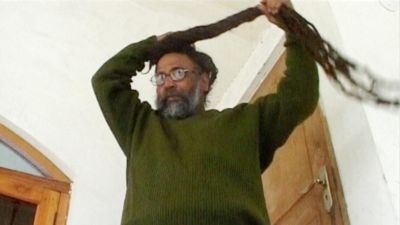 Father With Most Children in the World: Daad Mohamad
13 February 2009

If we send Daad Mohammed and Nadya Suleman to another planet where life is possible, we’ll bet our ass that they will populate that planet in no time.

But who is Daad Mohammed? He is reportedly the world’s most productive daddy having sired as many as 84 children.

The Sun reports: “A MAN called DAAD is believed to have fathered the biggest family in the world with more than 80 kids. Daad Mohammed has had 84 children with 17 different wives. And incredibly the 60-year-old Muslim father from the United Emirates said he still wants more children. The pensioner claims he romps with his wives everyday. And boasts that he has sex TWICE in morning and SEVEN times in the evening.”

He said: “I don’t remember all the names of the kids actually but whenever I see the kid I do my best to remember the name. I like having babies so I’m getting married as the Prophet Mohammed says.”

So if we earthlings want to colonize the universe, we should ship Daad and Nadya to do the colonizing.