Woody Harrelson Owen Wilson Bromance: Shirtless and Underwear Photos. The bromance between Hollywood stars Woody Harrelson and Owen Wilson continues. And they have no problem getting wet together. How sweet. Next time, they should do a walking in the beach at sunset while wearing a Speedo swimsuit a-la Daniel Craig. 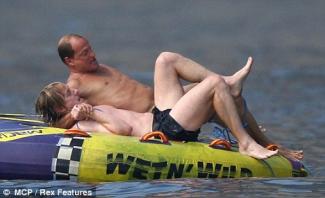 Of course, faux fighting is part of any bromantic relationship. Take every chance you get to wrestle with your partner — best if you’re shirtless too — as Owen and Woody are doing below. Want more celebrity bromance? Go check out Jensen Ackles Jared Padalecki Kissing. 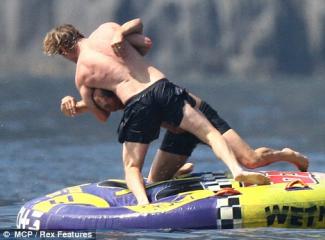 Hah, the next photo is without a doubt our favorite out of this very interesting Woody Harrelson Owen Wilson bromance. What makes the photo interesting is that it is one of those images where the viewer does not know what to think. On the one hand, it looks like our bromantic partners are simply making love as bromantic partners do. On the other hand, it kinda looks Owen is hurt and Woody is taking care of him.

Anyhoo, the photo below as well as the ones above were snapped in Portofino, Italy where Woody and Owen took their vacation. Portofino reportedly forms part of the Italian Riviera. 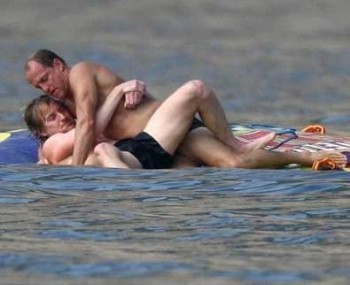 Of course, it isn’t only about water wrestling for Owen and Woody (shall we call them OwDy or Woowen?), the two of them go dining together in some chic restaurants too. 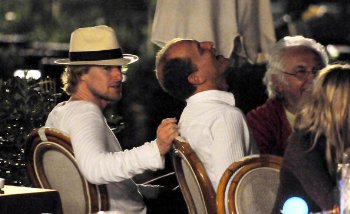 Hah. Isn’t these the coolest celebrity bromance photos ever, ever, ever? Who’d have thunk that these two friends are more into boxers underwear rather than skimpy briefs.

Check out Owen in his boxers underwear. Hey look, Owen’s got a woody! Does Woody have something to do with that woody? We can only imagine. 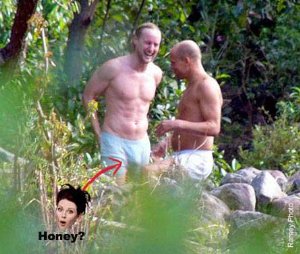 And here’s Woody in his boxer shorts. 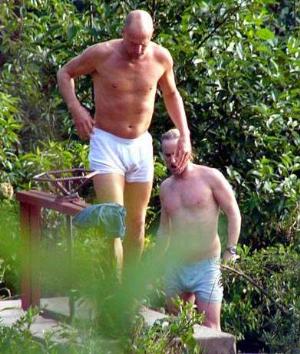 You know, we’d totally watch if some reality TV producer get these two to star in some reality TV show. We think it would be fun to watch. They’re both charming, sexy, talented and an awesome sense of fun. That would be good TV, right?