Womens Swimsuit for Men: Zach Galifianakis on Vanity Fair. We are at a loss for words to describe funny man Zach Galifianakis’ swimwear outfit so let’s have these photos do the talking. Should we include him in our list of men who wear women’s clothes? 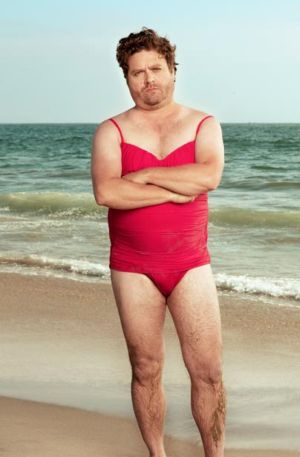 To be fair, Zach sure is rocking the girlie swimwear, no? In fact, we won’t be surprised if Tyra describes Zach below as modelesque! Hehe. 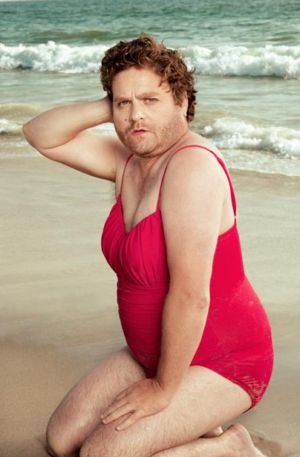 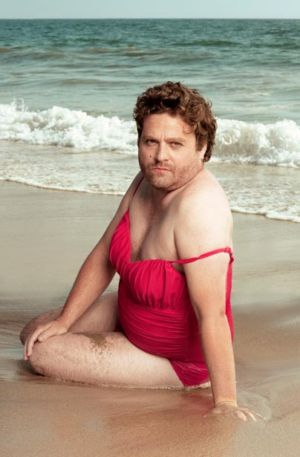 Man Wearing Woman’s Swimsuit Arrested For Public Indecency (18 October 2010). Good thing Zach didn’t have his photoshoot for his pics above in Dayton, Ohio or else he’d have been arrested like this unfortunate man who was jailed by the police for wearing a woman’s bathing suit. America can be a crazy nation sometimes, no?

Anyhoo, here’s an AP video showing the Kevin Miller when he was arrested by the police.

UPDATE: Apparently, our Kevin wasn’t arrested simply because he likes to wear women’s swimsuit but because he reportedly harassed some girls and women while dressed in said swimsuit.

Says police spokesperson Sgt. Mark White: “A couple of girls were walking back from the Frosty Eagle (ice cream shop) and the man was approaching them and verbally harassing them. He wasn’t trying to grab them or anything. The girls told their father, and he called us.”

More from the Dayton Daily News: “‘It appears females are his target,’ White said. ‘It’s all verbal at this point, asking them how he looks.’ None of the victims has reported that the man touched them. After speaking to them, he then flees into nearby woods or briskly walks away from the victims, White said.”

Uhm, we didn’t realize that asking people to give feedback about how one looks is considered harassment? Maybe the poor guy simply needed some validation. Maybe he does not have a mirror.

Anyhoo, after his trial, Kevin was sentenced to three years probation. So what lesson do we draw from this? Well, if you’re a man who loves to wear women’s swimsuit, don’t go asking strangers to tell you how you look.

Update: Here are images of the guy above who was reportedly arrested for wearing womens swimsuit. 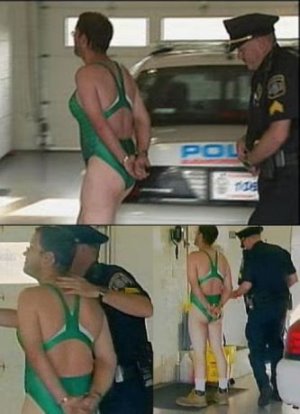 It is worth noting that what he is wearing actually looks very similar to the cut and style of mens swimwear during the days of your grandfather. 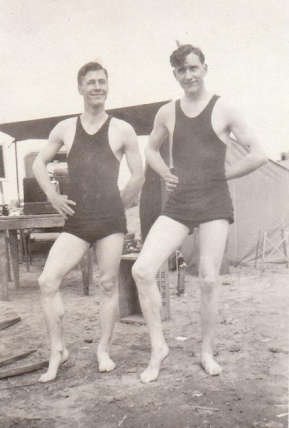 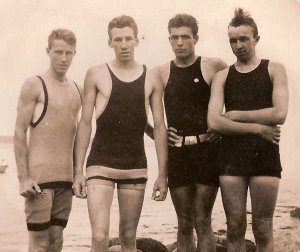