Will Sharpe Gay or Girlfriend, Shirtless Photos, Giri Haji Rent Boy. We have a new Netflix boyfriend and boy are people talking about him. We are referring, of course, to Will Sharpe who is starring in the crime/mystery show Giri/Haji about a Tokyo detective looking for his missing brother in London. Unfortunately, we haven’t watch this show yet, not because we don’t want to but because Netflix ain’t streaming yet. However, because it is a BBC production, British folks have first dibs on the show and those who are watching are saying really nice things about the Japanese/British actor and the rent boy character he plays. 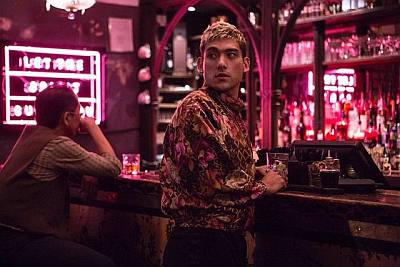 Here’s what The Guardian is saying about our next imaginary Netflix beau: “In a scene-stealing turn from Will Sharpe, Rodney is full of brio and wit (‘I’ll have to ring you back,’ he sighs theatrically into his phone when an emotional ex-boyfriend turns up. ‘I’m in the middle of a Greek play’). But he also has a vulnerability that makes us care instantly about his fate; possibly too much, given his ability to get into perilous situations soon and, one fears, often.”

And from hitc.com: “Despite having a seedy profession and crippling drugs habit, Rodney is quicky becoming a fan-favourite for his sharp and snappy dialogue and interaction with Taki, Kenzo’s rebellious daughter. So much so that some fans are even calling for a spin-off series with the two as the main characters.”

Those are definitely positive reviews, ain’t it? The show itself currently boasts of a 100% fresh rating on Rotten Tomatoes so we really looking forward to this show because it looks like its gonna impress us. 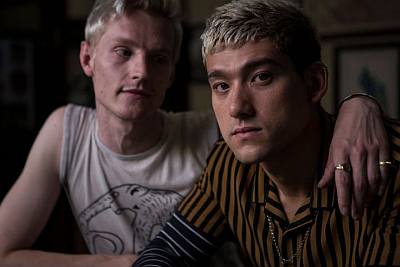 Will Sharpe Gay or Straight? He may have a boyfriend on Giri/Haji but he’s a straight dude in real life. In a 2012 interview with The National Student, he mentions that his girlfriend is one of the first people he told when he was co-nominated for a BAFTA Award for a little indie film they didn’t think will garner much attention:

“Sharpe reservedly recalls the moment whilst smiling contently. “It felt very strange and nice… it was nice to tell my girlfriend and my parents… it was a nice day.” The humble director admits that he never expected this much attention from Black Pond, in fact for Sharpe and Kingsley, Black Pond was their guinea pig into feature film making.”

We do not know whether Will is still dating said girlfriend but we will update this post when we have the relevant information in the future.

Will Sharpe Shirtless Photos. We don’t have any at the moment but we will update this post in the future if we see some on Giri/Haji. Considering his role as a rent boy, we are keeping our fingers crossed that he’ll be chucking off his shirt in some scenes for us to screencap. Hehe. The things we do for you thirsty hos!!!

Let’s end for now with this photo of Will looking gorgeous with his curly hair and all. 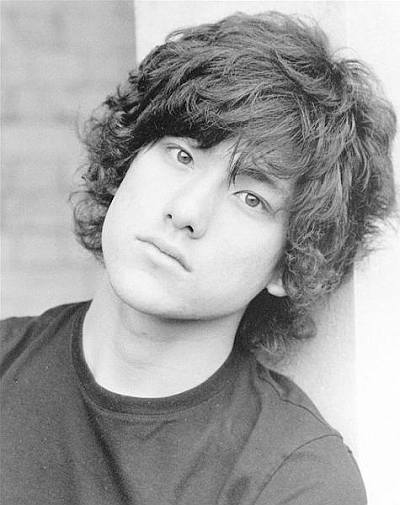 Update: Shirtless GIF of Will and Andrew Leung on the 2010 TV series Dirk Gently.