Will Reeve Shirtless, Girlfriend, Underpants, ABC News. Who says you have to wear pants while doing your work? Certainly not the hunky ABC News reporter Will Reeve who made headlines around the world when eagle-eyed social media netizens noticed that he was doing his morning news report in his underpants. 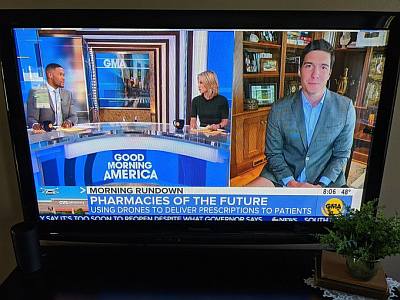 To be fair to the guy, he was reporting from home so its not like he went to the office or to his field work in his underoos. Anyhoo, here’s The Guardian’s take on our pantsless reporter:

Will Reeve (son of the late Christopher Reeve AKA Superman) was cheerful enough at the beginning of ABC’s Morning Rundown – he seemed to think he had gotten away with it. And, at first, it seemed like he might. He talked about pharmacies delivering prescriptions by drone in the future as the chyron graphics and news crawl conveniently hid his bare knees.

But as the camera angle changed to a wide shot Reeve’s bottom half was revealed, pantless, in stark contrast to his blazer and collared shirt. The segment ends when it cuts to Reeve’s co-hosts, all the while he seems unaware that he’s been caught on camera with his pants down.

Following some friendly ribbing he got from media colleagues and netizens, Reeve kinda explained that he was working out when he had to do his report and, thinking he could get away with it, decided to not wear his pants. Unfortunately for him, the camera caught him with literally his pants down (or pants absent).

Anyhoo, because we you that lots of you are all about hot media men, we were like, “Hmmm. Does Mr. Reeve have some shirtless photos floating around the internets that thirsty Famewatcher THOTs can ogle at?” Turns out the he does which we, off course, are publishing below.

Here’s a photo of a shirtless Will with some equally shirtless pals which he shared on Instagram. Follow him @willreeve_. 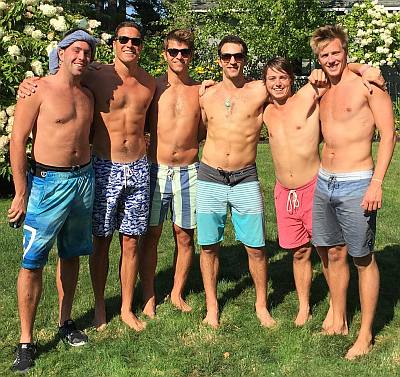 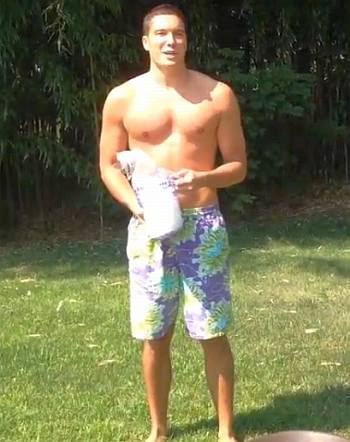 Sure the challenge raised money for charity but they could have done that without wasting water. However, we still gotta thank the challenge for giving us these shirtless images of our hunky and pantsless reporter. 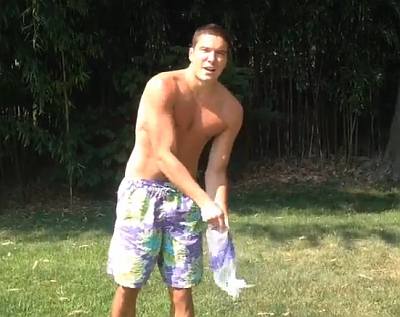 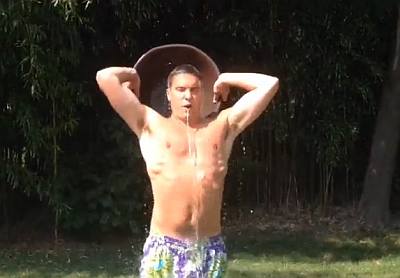 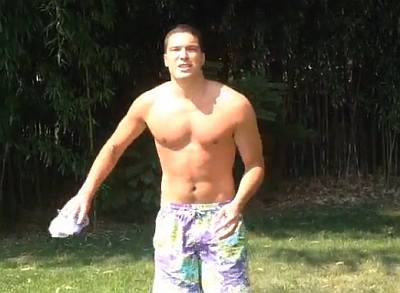 Will Reeve Gay or Straight? He is straight and is reportedly dating Lexi Henkel. Here’s a photo of the twosome coosome attending the Christopher & Dana Reeve Foundation Gala which was held in New York City last November 2019. 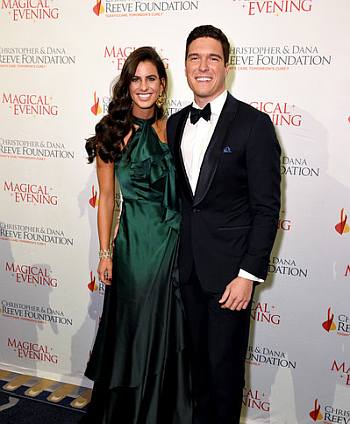