Will Mellor Underwear: Boxer Briefs and Red Calvin Klein Santa Underwear. Of course you want to see English pop star and actor Will Mellor in his underwear. Who doesn’t? And Will, who’s reportedly going to star in a new BBC comedy show called White Van Man, knows that you wanna check out his undies. Why else would he be posing in all his underwear glory? 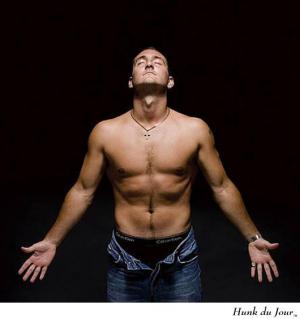 Here’s our English boy in bed wearing nothing but a pair of black Calvin Kleins. 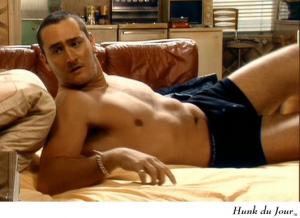 Here he is in a pair of white boxer shorts. [Have you been working out, Mr. Mellor? You’ve got nice muscles.] 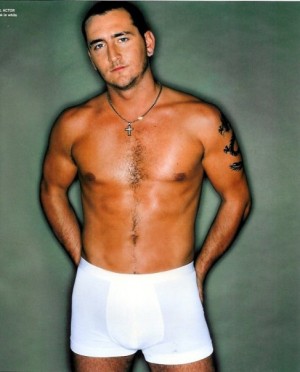 Clearly, Will is more of a boxers guy rather than a briefs guy. Check out the awesome photo below of our man as a naked Santa in a pair of red Calvin Klein low-cut boxers. 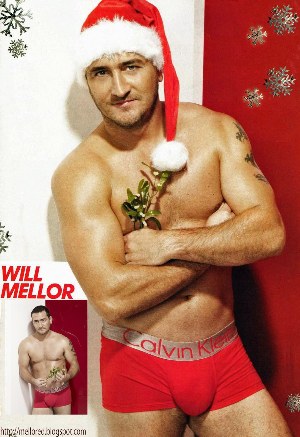 Does he have an impressive package or what? We’re still debating whether it is the real deal (if it is, he’s a really lucky guy) or whether he’s wearing one of them ridiculously enhanced underwear which has become some kind of a trend encouraged by men’s underwear designers these past few years. You decide: Is Will’s Santa package for real or is it enhanced?

Enhanced or not, we’d still hit it. He looks good in the shower too. 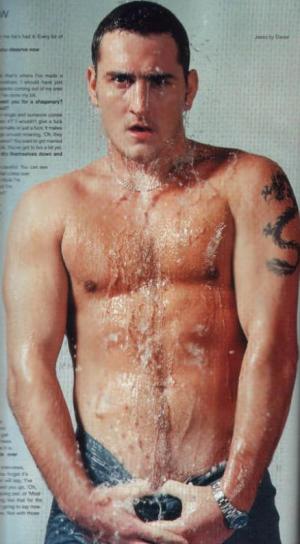 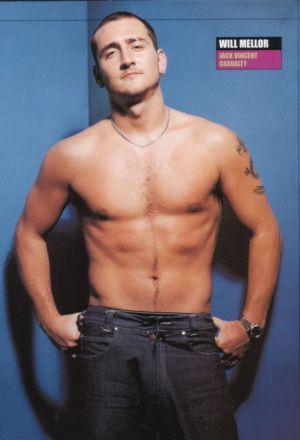 You want more than Will’s underwear? Well, check out these earlier blog entries we posted about him:

Will Mellor in Stunt Accident (25 February 2009). Another stunt accident in a production site? Thankfully this time, the accident isn’t as bad as what happened to David Holmes. The Sun reports that actor Will Mellor damaged his knee ligament when he landed badly during a shooting for the BBC comedy Two Pints of Lager.

Says Will of the accident: “I landed badly and my knee just gave way. I hit the floor like a sack of potatoes. I did the scene in one take though, so the director was happy! But maybe I should get a stuntman in the future.”

No word yet on whether an operation is needed.

For us, the really interesting part begins in the 3:30 mark. Enjoy watching the video.