Will Carr Shirtless, Girlfriend, Football Jock, Journalist. Want more hot media men? Of course you do! It’s been about six months since we blogged about a cutie from the news reporting business so here’s our next installment: Will Carr, national correspondent for ABC News who is based in Los Angeles. Check him out doing a field report about Ukrainian refugees stuck in the US-Mexican border: 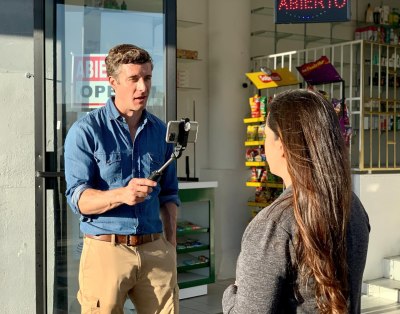 Will has been in the news reporting biz since 2006 when he got his first job as a news reporter/anchor at the WRCB-TV in Chattanooga, Tennessee. He worked there for three years and moved on to other news organizations like WTVC-TV NewsChannel9, Koat Action 7 News, and the Fox News Channel which was his last gig before he went to ABC News. 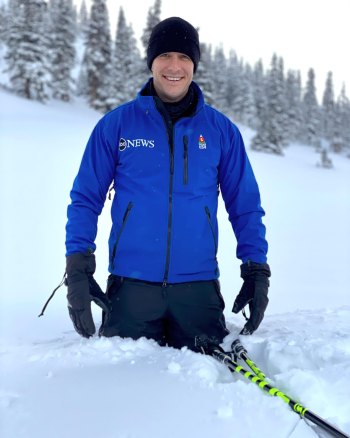 A broadcast journalist graduate of the University of Georgia, Will was named in the university’s 40 Under 40 program in 2019 which “recognizes 40 young alumni who are leaders and change-makers”. 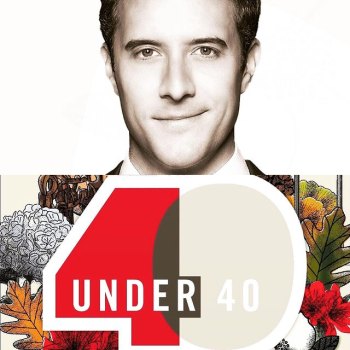 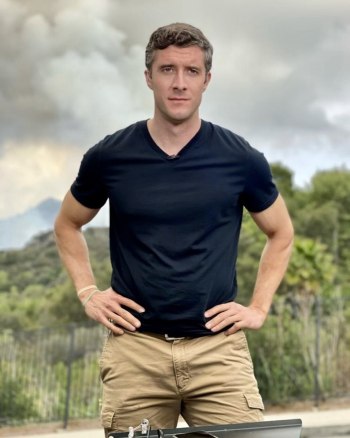 In an interview with the UGA Alumni paper, here’s what he has to say about those aspiring to become a news correspondent in the future: “It’s really important to make sure you feel like the news is in your DNA. Of the people that I stay in touch with, a lot have ended up changing professions and/or going into public relations. A lot of people wanted to go into news, but then they realized the grind of it.”

He adds: “I also feel like a lot of people have a passion for the news, but are talked out of going into it because they’re told ‘you’re not gonna make any money, you’re gonna have to work holidays, weekends, you’re not gonna have a life.’ I don’t really feel like that’s fair. People just need to have their eyes wide open about what they’re getting into and ensure that it’s something they’re really passionate about. Because trust me: you don’t want to work weekends, holidays and 20-hour shifts in the worst elements if you don’t really love what you’re doing.”

If those ain’t sound advice, we do not know what is. Now, because we know Famewatchers are a thirsty bunch, here’s a shirtless pic of Will which we grabbed from his Insta (follow him @realwillcarr): 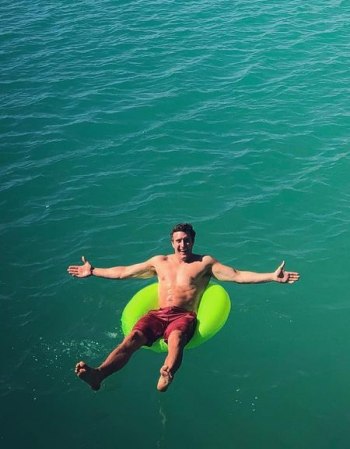 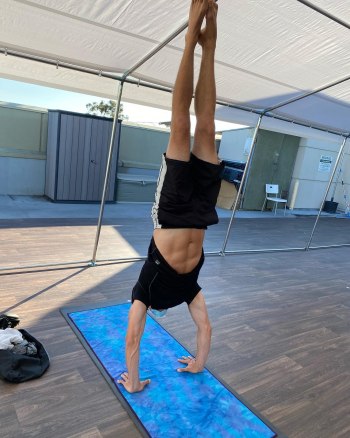 If you’re wondering how he’s got abs, being in a non-sporty profession and all, it might surprise you to know that he was actually a football jock before he decided to pursue journalism. Check him out rocking his football outfit: 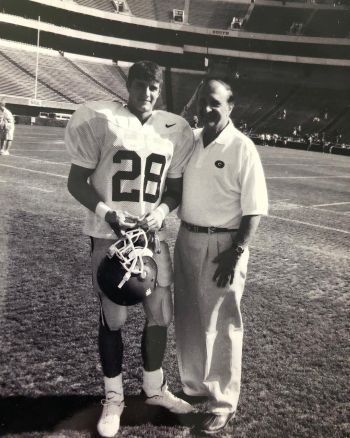 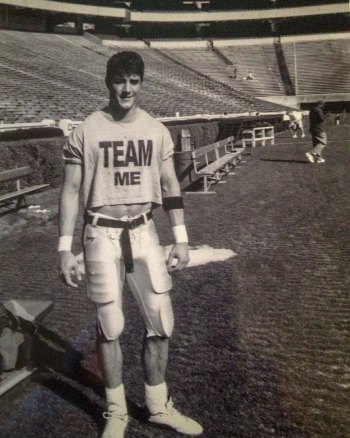 Will Carr Gay or Straight? Relationship Status? He is straight and is reportedly dating Brianna Ruffalo who is also in the reporting biz. Specifically, she works as a reporter and as a meteorologist for ABC7 Los Angeles. Here’s a photo of the lovebirds chillin’ together: 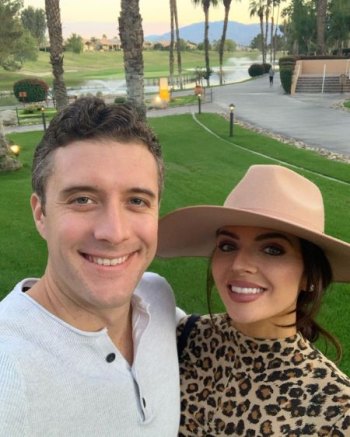