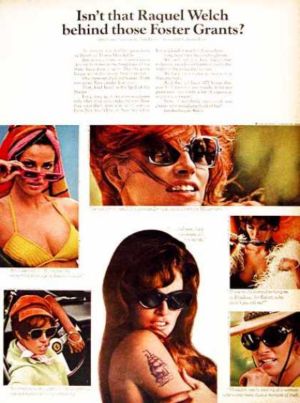 Here’s Raquel in 2009. She must have found the secret path to the Fountain of Youth because she’s looking great for a woman in her 60s. 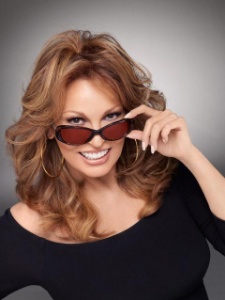 Below is a video of Raquel Welch talking about her Foster Grants.

Well, according to wikipedia, Foster Grant is an eyewear brand which was started back in 1919 by a guy named Sam Foster.

Now who is Julie Christie? Well, to quote wiki, she is “a British actress and sex symbol. A pop icon of the “swinging London” era of the 1960s, she has won the Academy, Golden Globe, BAFTA, and Screen Actors Guild Awards”.

So now you know a thing or two about Foster Grants and Julie Christie. Want more Foster Grants? Go check out on the men’s Louis Jourdan Foster Grant advertising version.