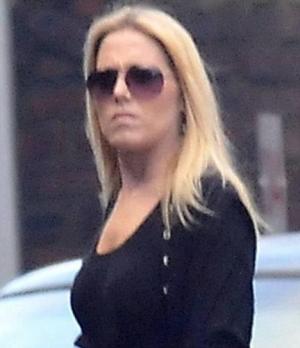 According to the Daily Mail which sourced its story from The Sun and internet message boards (and you know how reliable these sources are hehe), Vicki spent two nights with Ashley in hotel rooms in Lincolnshire and Birmingham in late 2008.

During one of their encounters at the Radisson Hotel in Birmingham, Ashley allegedly “had turned up the television so their antics couldn’t be overheard by Chelsea team captain John Terry” (aka Frank Lampard’s BFF).

Anyhoo, according to the Daily Mail which, again, sourced its info from football forums (and you know how 100% reliable football forums are, no?), Vicki “had been linked to two other premiership stars in recent months”. And that “three weeks ago, she was allegedly spotted leaving a trendy Liverpool restaurant with a top striker”.

So there. That’s your football scandal story of the week.

Oh, by the way, when you google “Vicki Gough” using Google Image, this is one of the results that come out. We’re pretty sure though that this painting is not the Vicki that Ashley reportedly hooked up with. 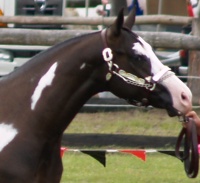 From the Daily Mail: “Sources said the £82,000 a week star repeatedly swore at a photographer then started abusing police after emerging from the Collection nightclub in Brompton Road, South Kensington. After refusing to tone down his language, he was detained and taken to a police station to sober up.”

Do you think them policemen recorded Ashley’s foul language? It would be fun to compare it with Christian Bale’s crazy rant, eh?