Whatever Happened to Apparently Kid Noah Ritter. In August 2014, a little boy named Noah Ritter warned the hearts of people around the world during his interview with WNEP-TV reporter Sofia Ojeda. You can watch the video below if you want to relieve the fun moment when the boy took and mike from the journalist and, like a pro, made a live report from the Wayne County Fair.

So, six years later, what’s the update on Noah? Is he now studying paleontology, the career he said he wanted to pursue when he guested on the Ellen Degeneres show? Nah. Not yet at least, he’s still to young for college. 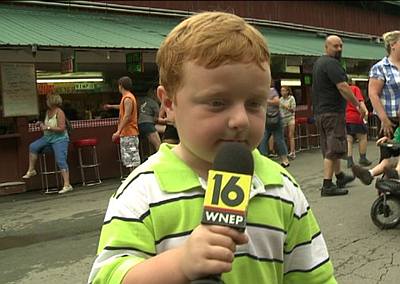 In 2017, Noah served as one of the child-judges of the ABC show The Toy Box, a toy design competition, which aired on ABC with Modern Family actor Eric Stonestreet serving as the host.

In a review for the show by the Times Record Herald, the reviewer noted that our Apparently kid, who’s now 11 years old, has not lost his charm and winsome personality. 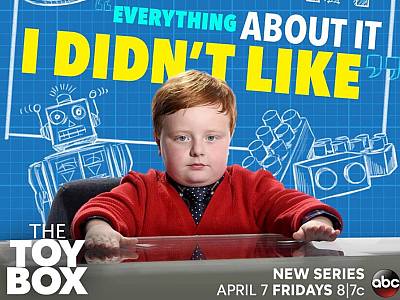 Specifically, here’s what the reviewer wrote about Noah’s performance as a child-judge:

The clear star is 8-year-old judge Noah Ritter, a Wilkes-Barre, Pennsylvania native who became a viral sensation a few years back when interviewed by a local reporter at the Wayne County Fair in Honesdale. Ritter’s repeated use of the word “apparently” and his overall 5-going-on-65 demeanor melted hearts all over the internet. He has lost little of his peculiar appeal or ability to coin the odd phrase. I have a feeling we haven’t seen the last of him.

The above-mentioned praise for the viral star appears to be grounded on reality as he was the only child-judge who returned for the second season of the ABC show.

Unfortunately, The Toy Box was not renewed for a third season following the bankruptcy of Toys R’Us where the winning toy was supposed to be sold.

By the way, in case you missed it, Noah — or his parents — is on Twitter (@noahontv). As promised, here’s the video of Noah which propelled him to internet fame.