Wes Welker Hair Transplant (posted 3 November 2014). Is Denver Broncos wide receiver Wes Welker the first ever American sports star to admit that he has undergone hair transplant? We think he is but are not 100% sure.

Do you know any other athlete who went public about his hair transplant before Wes openly talked about his surgery a year ago? If you know of such a person, do share your info in the comments.

Here’s what Wes said about his hair transplant surgery in an interview with USA Today’s sports column, For the Win:

It’s nothing to be embarrassed about. If you want to have hair, have hair. I don’t like to sit there and say ‘What are you talking about? I never got my hair done.” People can notice it without wondering.

Post-transplant, this is what happens according to Wes:

[The growth] doesn’t happen right away. You start to see a little bit after two or three months and in six months you get to see a little more. Once you get up to a year you’re really starting to see the difference. It takes a full 18 months till it’s fully grown in.

Want to see some before and after photos? Here you go: 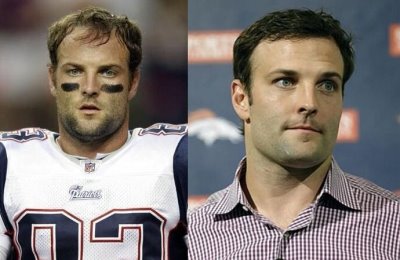 We grabbed the next before and after from cbs.com. 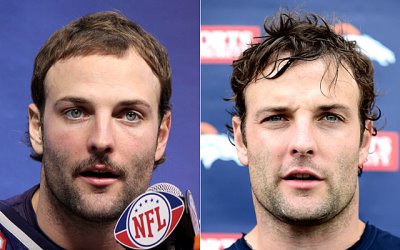 For those who are wondering, Welker’s hair surgeon is Dr. Robert Leonard. Apparently, Wes was impressed with how the transplant turned out for him he gave the doctor a vote of confidence. The football star appears in an ad on Dr. Leonard’s website (hairdr.com):

That’s it for now fellow Famewatchers! Who of Wes Welker’s colleagues in the NFL stands to benefit from a hair transplant procedure? Our friend Kevin says its Peyton Manning. What say you Famewatchers? Do you agree with Kevin? Sound out in the comments.