Wentworth Miller Underwear, Shirtless Photos, and Ethnicity. What type of underwear does Prison Break hunk Wentworth Miller prefer? We don’t have to speculate on this because the man himself gave us the answer. From a TV Guide interview back in 2006 he reveals that he mostly prefers boxers underwear. 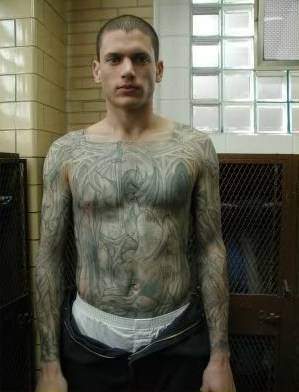 So there you have it fellow Famewatchers. The Wentworth Miller underwear pick is boxers. Of course, we should have some photos of Wentworth in his boxer underwear, right? Thankfully, the internets yielded this image of our gorgeous actor wearing white boxer shorts.

Some of you may be more interested in looking at Wentworth’s tattoos. Us? Well, we are more into male celebrity underwear fans so we are more curious about his boxer shorts underneath them overalls. 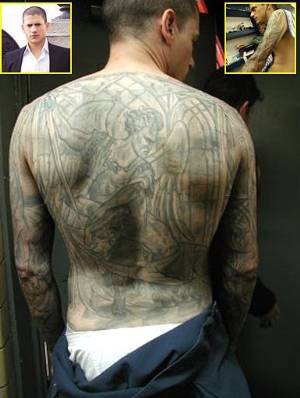 Of course you already know that our Wentworth isn’t just a dude with a pretty face. 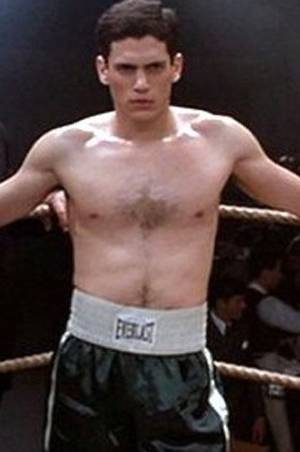 He can punch your face like boxing champ Manny Pacquiao if he has to. This pic is from the movie, The Human Stain, where our Hollywood hunk plays a badass boxer named Coleman Silk. Did we say he can punch you in the face? Yeah, we gotta repeat that. 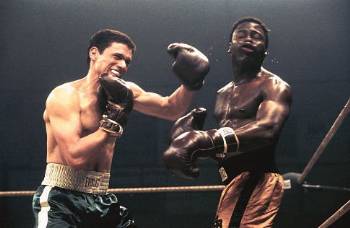 Speaking of underwear, a tank top is also technically an underwear, right? After all, its called undershirt. So let’s include this gorgeous photo of Wentworth in his sexy undershirt. 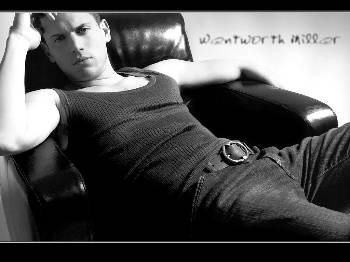 Wentworth Miller Ethnicity? That’s all the underwear photos we have, folks. Now, we guess its time we say something about Wentworth’s ethnic background because some of you are asking about it. He is what one would call multi-ethnic. His dad is African-American, Somalian, Jamaican, British, German and part Cherokee while his mom is Russian, French, Syrian, and Lebanese.

Here’s what our hunk says about his rich ethnic background: “My experience is that I find myself having to constantly define myself to others, day-in, day-out. The quote that’s helped me the most through that is from Toni Morrison’s ‘Beloved’ where she says, “Definitions belong to the definers, not the defined” – so I find myself defining myself for other people lest I be defined by others and stuck into some box where I don’t particularly belong. My father is black and my mother is white. Therefore, I could answer to either, which kind of makes me a racial Lone Ranger, caught between two communities.”

…..
Wentworth Miller is Our Hot Hollywood Hunk of the Day (01 January 2009). Wentworth Miller is one of them very few Hollywood celebrities who truly oozes with s*x appeal, no? Seriously, if he’s so inclined and if he’s got a great manager to manage his career, he can give Brad Pitt and George Clooney a run for their money. 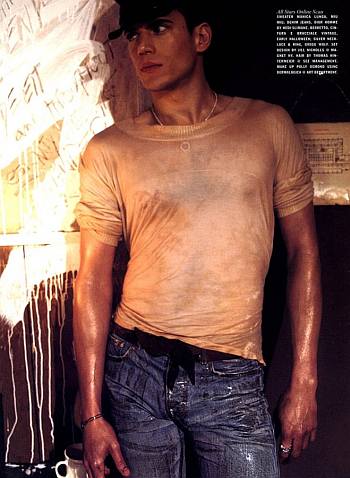 …..
Wentworth Miller on GQ Style Spring-Summer 2009 Issue (08 September 2009). It turns out that Linda Hearst isn’t the only celeb who did a photoshoot in Italy. As you can see in these pictures, Prison Break hottie Wentworth Miller is the cover boy of the Spring/Summer 2009 issue of GQ Style Magazine. Lucky Italians. 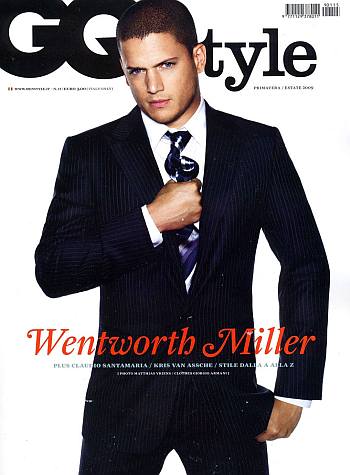