Water Polo Speedo Swimsuits: Various National Teams. Water polo athletes in their Speedo swimsuits, what’s not to like? It must be very challenging to play with a slippery ball while you’re wet, eh? But these members of the national Italian water polo team (nickname: Setebello) are experts at it. 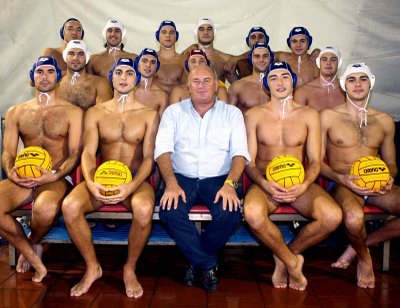 For the record, the Italians are one of the most successful water polo teams around the world. They boast of three Olympic gold medals as well as two world championships. 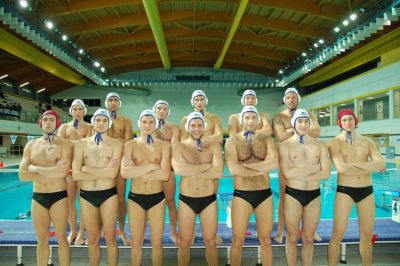 Of course, if the Italians are there, the Greeks ain’t far behind. Not in terms of their Olympic medal conquests but in terms of their awesomeness in looking good wearing their water polo uniform. So here’s a kinda funny picture of the members of the Greece national water polo team. We love how the Greek flag is designed into their skimpy Speedo swimsuits. Maybe some of you know if they’ve won any medals in the Olympics of the World Championships? (We’re too lazy to wikipedia it, hehe). 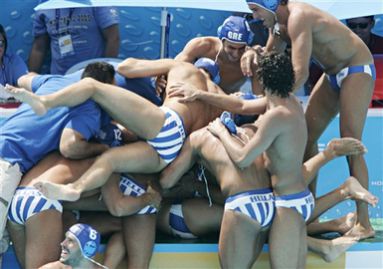 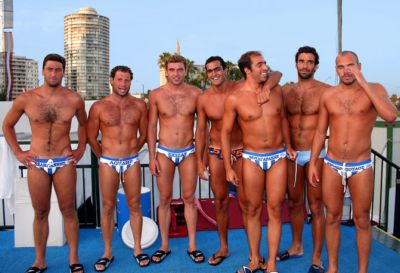 Want a closer look at a Greek swimmer guy in his Speedo trunks? Of course, Italian and Greek water polo athletes ain’t the only ones who look awesome in their low-cut swimsuits. Here’s a bunch of American water polo athletes standing up for flag and country in all their Speedo glory. 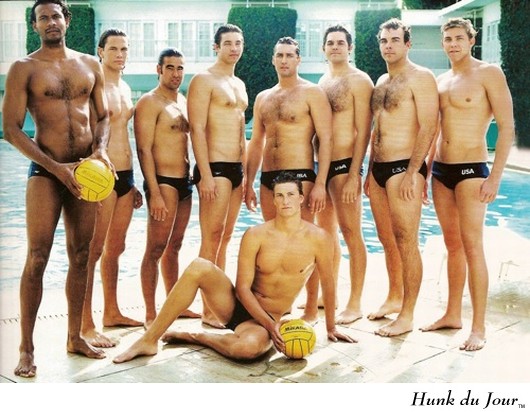 If you’re not so much into national polo teams and are more into swimming college jocks, here’s a bunch of water polo players from the University of Southern California. Do you think they can beat Prince William’s University of St. Andrews water polo team? We’d pay a grand to watch that!

Anyhoo, who of these teams are your favorite? The Italians, the Greeks, the Americans, the USC college team? Maybe you should also add Prince William’s university team if you want more choices to pick from.

Want more men in Speedo swimwear? Or you might want to check out these bulging men instead?

Water Polo Speedo Swimsuits Update. Random water polo players who look like they can give Canadian diver Alex Despatie a run for his money. You know what we mean, right? Looks like they’re just as gifted down there as the famous Canadian dude. 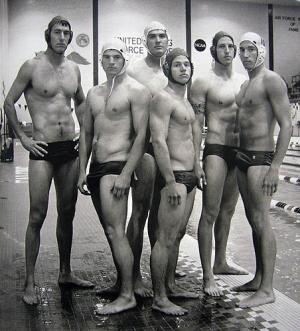 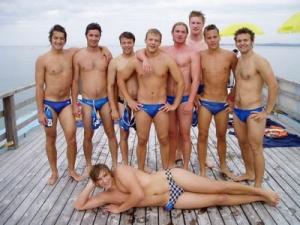