War Machine Gay Bar Bust, Weigh In Photos, Adult Movie Career. American mixed martial arts fighter Jon Koppenhaver aka War Machine was arrested by the Las Vegas police after he was involved in a “tussle” in a gay bar. 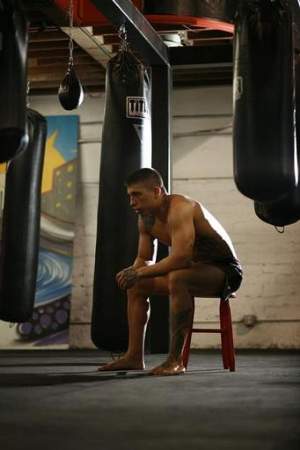 From TMZ: “Former Ultimate Fighter badass Jon Koppenhaver was picked up by Las Vegas PD for misdemeanor battery Saturday morning after allegedly getting into a tussle at Krave Nightclub — a place described by one of their reps as ‘gay … but very straight-friendly’.”

According to the TMZ report, security guards at the gay nightclub were actually escorting him out after a “little brouhaha” but he started punching the guards. In turn, the security made a citizens arrest against the MMA fighter until the Las Vegas PD showed up. 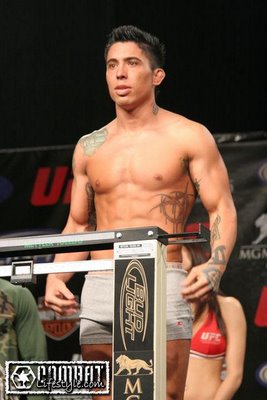 This dude is a badass but you gotta admit that he’s got great looking muscles.

Here’s what he said: “So I said f*ck it! I signed with LA Direct Models this week and today I did my first p*rn scene! (laugh out loud) I shot for Digital Playground with their girl Riley Steele, was f*cking awesome! I was nervous as shit but I came through. I’m still gonna fight, just gonna do this too because fighting isn’t quite enough money and you all know I ain’t trying to work! In life I have come to learn that all I enjoy is eating, sleeping, fighting and f*cking! F*ck it! I’m living the dream, getting PAID to fight and f*ck! What more could I ask for?”

Given his “movie” career, we’re not surprised that a lot of you are googling his x-rated photos and videos. Sorry, we don’t have them. But will his underwear photos do? Hehe. 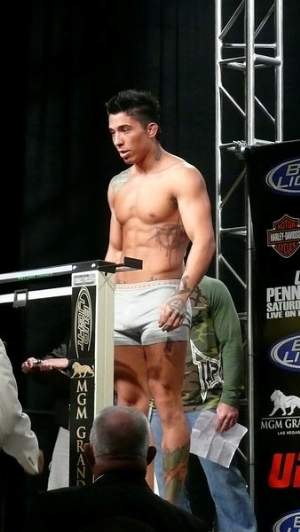 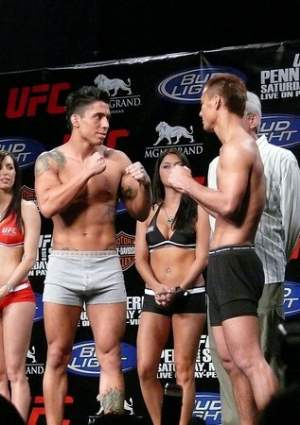