Wanted Leather Jackets: Angelina Jolie and James McAvoy (posted 24 August 2010). Did you love Angelina Jolie’s Versace leather jacket during her recent ComiCon appearance? If you did, then it is very likely that you will also love her leather jacket in the 2008 action movie Wanted where she played a badass assassin.

Here are images screencapped from the movie as well as still photos taken on location. 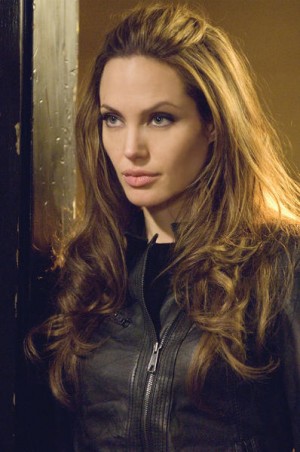 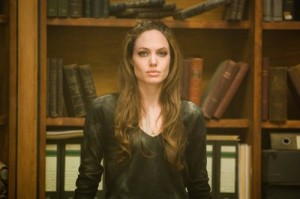 Shape up, Wesley Gibson, you ain’t gonna be an assassin if you are a lazy sleepyhead. 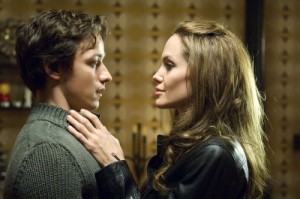 Who you calling Angie? 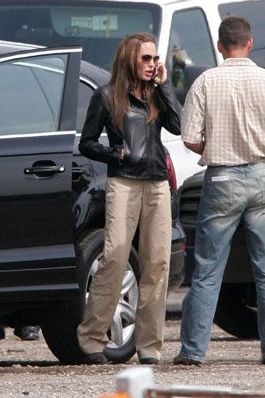 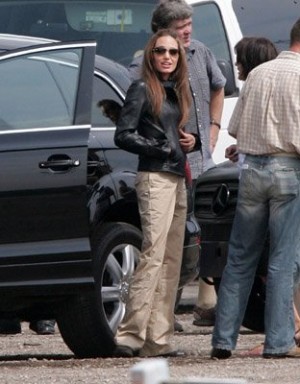 We’ve been trying to get information on who made Angie’s jacket to no avail. However, we do know that her partner’s leather jacket (and by partner we mean James McAvoy) was made by Belstaff which, as you very well know, has “cornered” a pretty huge share in the “movie leather jacket market”. In fact, we won’t be surprised if Angie’s leather jacket above is also made my Belstaff. [Want more leather jackets for women?] 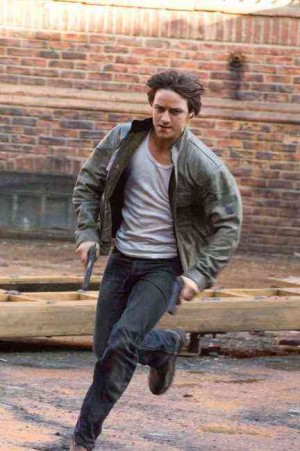 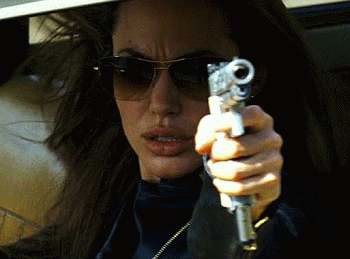 Now, those of you who are like, “What watch is James McAvoy wearing in Wanted?” should thank us for the answer. It’s a Casio Classic watch. Now you know! 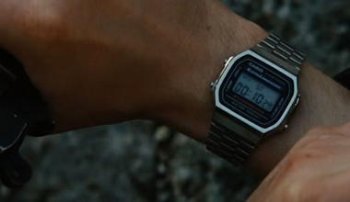