Vintage Mens Suits: Jeff Aquilon, 1980s Vintage. Since we are about vintage men’s outfits today, let’s have more of the world’s first male supermodel, Jeff Aquilon. This time, check out Jeff and his many many print men’s suit and tie adverts from the 1980s. 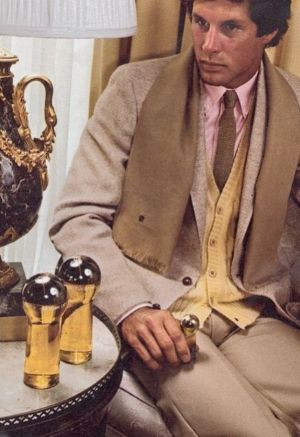 The above suit is from the Pierre Cardin mens suit collection 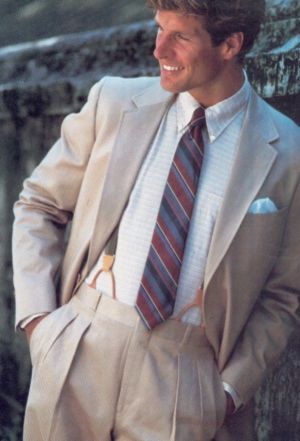 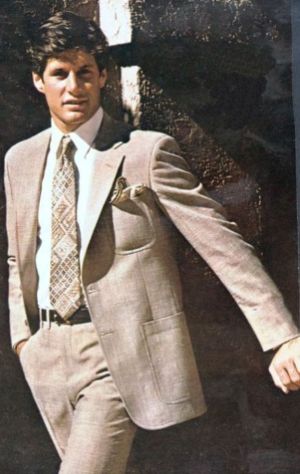 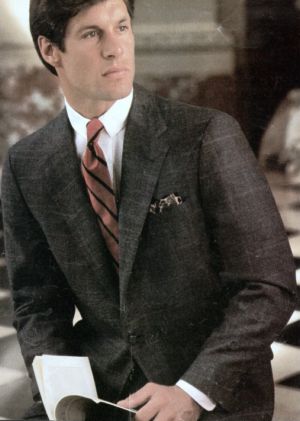 Double-breasted suit for men from the 1980s.

Want more vintage suits for men? Well, check out what Bob Hope, Gregory Peck, and Johnny Carson are wearing below. On the other hand, if you want more of the world’s first male supermodel aka Jeff Aquilon, then go check out our post on Vintage Mens Underwear. 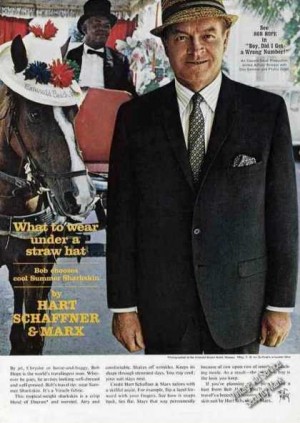 Because we are all about vintage stuff these days (check out our posts on vintage watches and vintage leather jackets), here’s some vintage suit adverts featuring the awesome Bob Hope and the equally awesome Gregory Peck.

Would you agree that men in the past were better dressers than today? These days, it seems like we’re all about the casual look, which to be honest, means not caring too much about how we look. 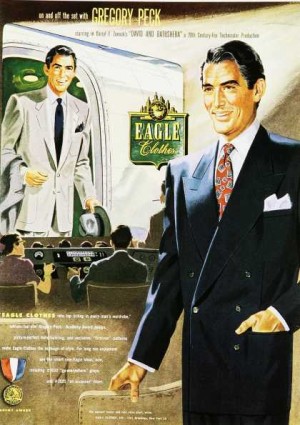 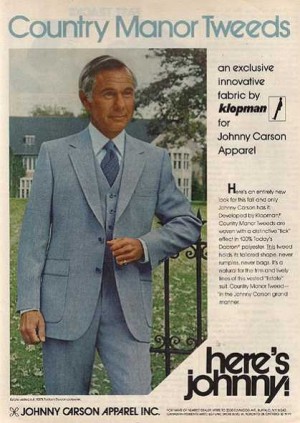