Vintage Briefs Underwear for Men. From vintage Speedos, let’s now check out some vintage underwear brands and the print advertisements they produced in the days of yore to convince your daddy or granddaddy to buy and wear these underthings. Are you familiar with these vintage underwear brands? Ever tried wearing any of them? Which is your favorite? Tell us in the comments. 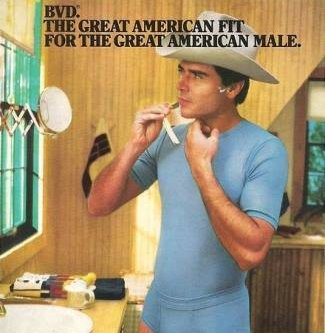 Champs Elysees underwear is, according to its makers, the true unadulterated French fashion underwear designed and manufactured in France with a flair for style, quality, and fit. 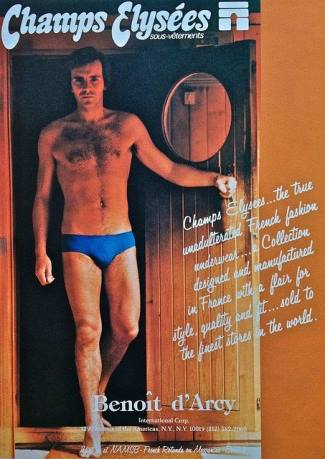 Eminence underwear. We’re thinking this is another French underwear brand? Did the guy and the lady had a pillow fight? What’s with all the flying feathers? 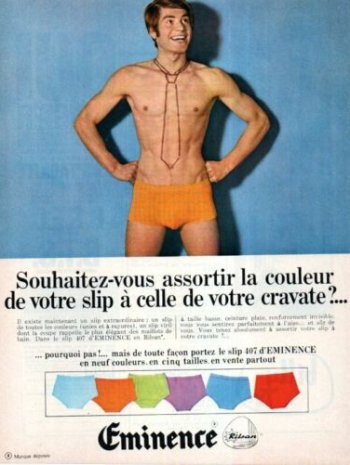 Mayo Spruce underwear. Can men’s underwear feel sexier than women’s lingerie? You sure bet it can according to this advert from Mayo Spruce. 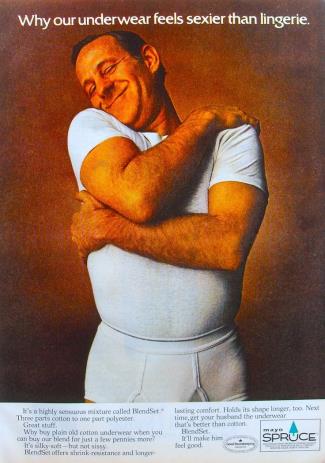 Tempo/Bri Nylon underwear. Who says millenials “invented” the underwear-for-outerwear trend? Not the guys who made Tempo underwear whose Y-Front briefs are so hot, hot, hot its the only thing you need to wear when you’re off to work. Even in chilly Finland? 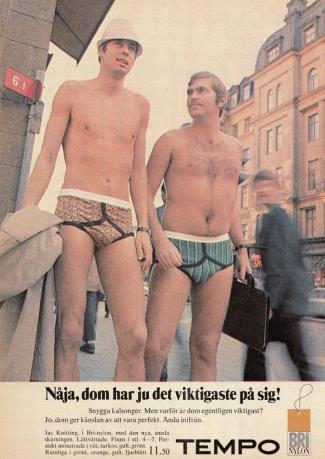 Ah Men underwear. We’re assuming this what it looks like in a Hollywood movie set? 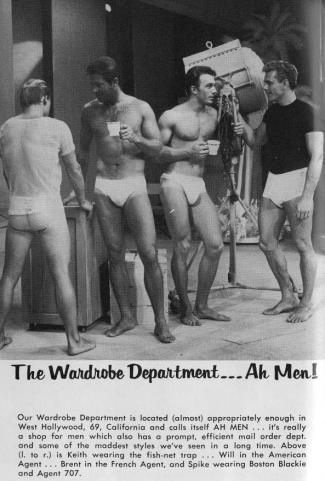 IFT International underwear. What’s unusual about IFT’s underthings? Its “meshiness” perhaps? The upper part in the man’s brief is a mesh, right? Or is it time to get our eyes examined again? 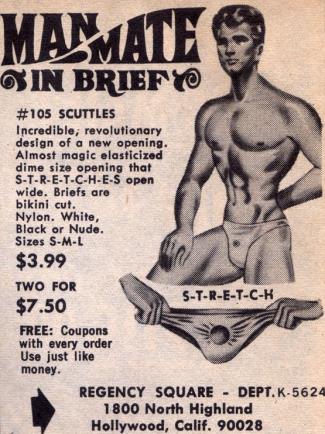 Bob White’s underwear. Who (or what) is Bob White? Is it the name of this man? Or is it the brand name of the underwear he is wearing? We googled “Bob White” but all we got are birds of the quail family. 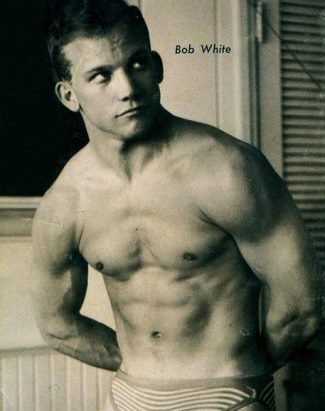 Wolsey briefs and boxer shorts. According to this advert, changing your underwear preference from brand X to Wolsey will give you a new lease in life. [Or it can make you Mr. SuperWeak you need three other Wolsey-wearing guys to lift a stupid barbell.] 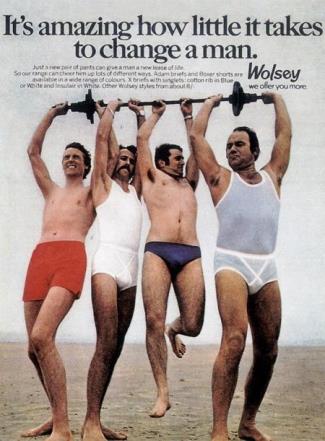 So which of these vintage briefs underwear for men is your favorite? Ours would be the Finnish brand Tempo because who wouldn’t want to look at guys wearing nothing but their undies to work, no? It would get the conservatives and their morality BS riled up and it would be fun to watch. What say you UnderwearWatchers?