Vintage Basketball Shorts: From the 1930s to the 1990s. We are all about giving you what you want here on Famewatcher and since, apparently, you are more interested in classic cage shorts than what Kellan Lutz is wearing when he’s playing basketball, we decided to scour the internets to give you a look on what basketball players wore in the past.

So let’s do some time traveling to check out what our ancestors wore when they were shooting hoops, shall we? We begin in the 1930s when men used to wear belts with their short shorts. 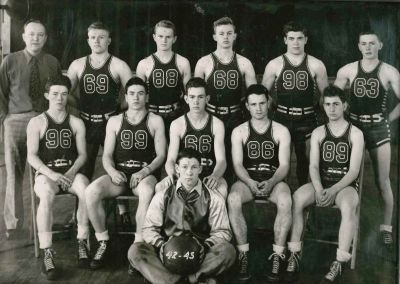 Then check out these college ballers in the 1940s. 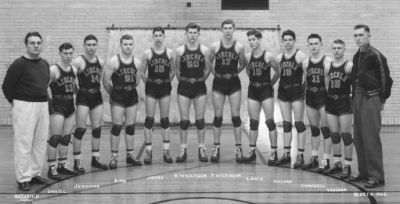 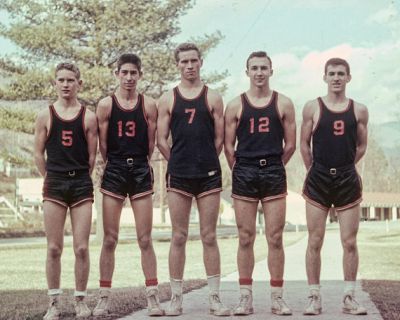 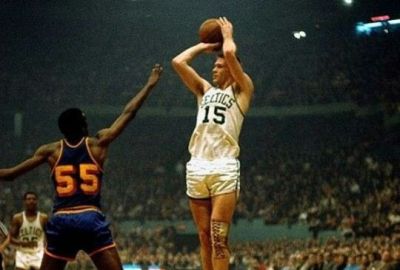 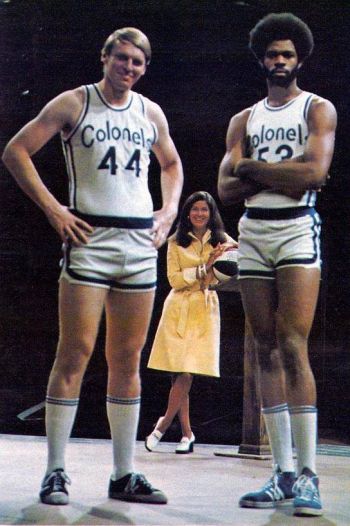 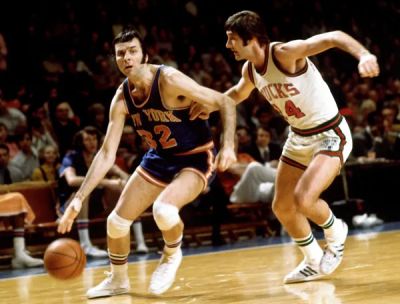 From the 1985 NBA championships pitting the Boston Celtics against the LA Lakers. 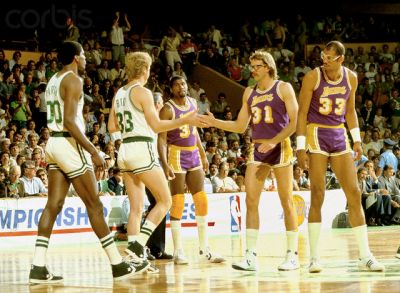 Finally, from the 1990s when the Chicago Bulls were king. 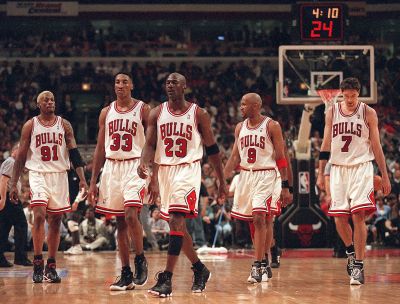 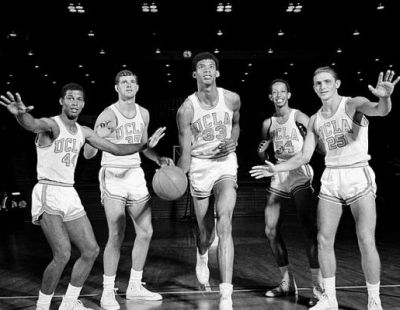 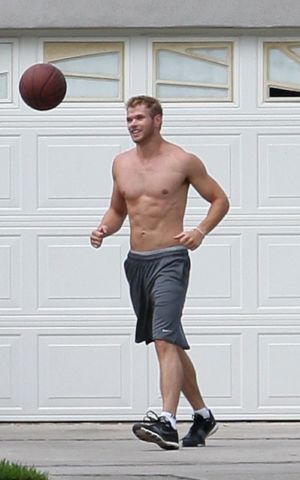 We thought he’s more into American football but basketball is cool too. 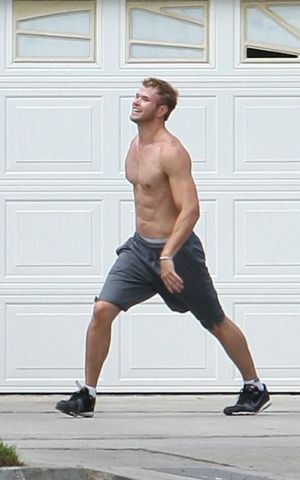 A little googling gave us the sports that Kellan is into. According to Wiki “The Source of All Information” Pedia, our Kellan is into weight training (hmm, would you know if we can really call this a sport?), track, baseball, basketball, skateboarding, lacrosse, swimming, tennis, racquetball, badminton, snow skiing, skydiving, parasailing, motocross, whitewater rafting, and snowboarding.

So, which of the above sports or athletic pursuits would you want to do with Kellan? Skydiving perhaps? That’s too daring and too risky for us pussies here at Famewatcher but we’d love, love, love to play tennis with him. In a parallel universe where we are friends with this hottie, we actually play mixed doubles with him winning major titles like Wimbledon and the French Open. Oops, end of silly dreaming.

…..
Kellan Lutz in Nike Running Shoes (24 July 2010). Today in Kellan Lutz’ fashion, let’s focus our attention to the often-googled question that goes, “What shoes does Kellan Lutz wear?” Well, we have the answer for you. 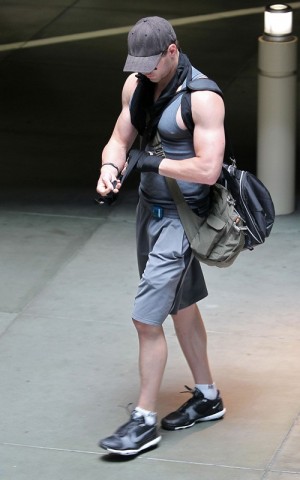 Apparently, when Kellan does his workout at the gym, he wears a pair of Nike rubber shoes. But really, who cares about his shoes, shouldn’t we be more interested in his bulging biceps. Wow. Looks like he’s got the biggest biceps in Hollywood. And he’s got one of the best washboard abs too which he built after all those damn push-ups he’s been doing, check it out at Kellan Lutz workout tips. 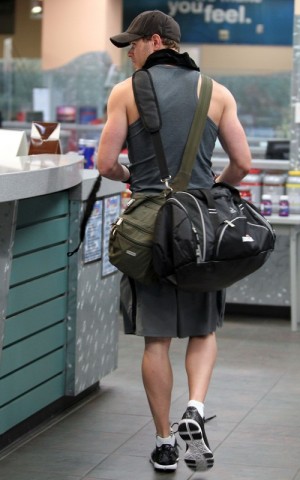 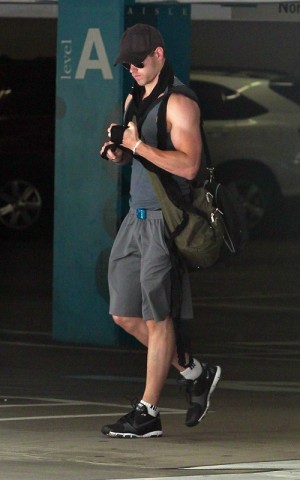 …..
Mens Basketball Shorts – Then and Now – Hunks in Basketball Shorts. Let’s expand our photos of men in shorts, from our earlier posts focused on guys in beach shorts and cargo shorts to include these shirtless young guys wearing basketball shorts. 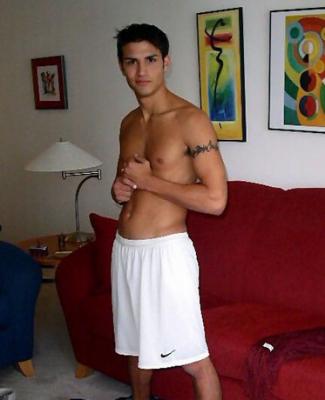 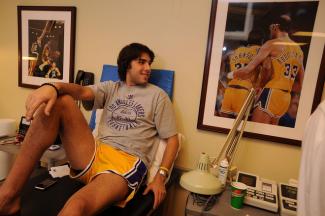 Awww! They’re so happy so we’re happy looking at them! 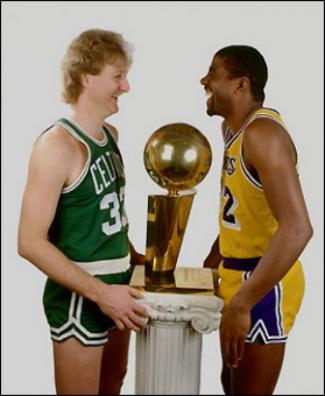 Some of today’s mens basketball shorts. 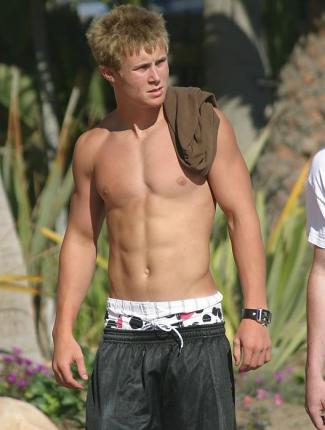