Vin Diesel Leather Jacket and Pants: Bald Guys are Hot. Vin Diesel (real name: Mark Sinclair Vincent) sure loves him his black leather, doesn’t he? In fact with his leather pants paired with a leather jacket, one can say that he is over-dressed in leather. But he is a hottie so we’re letting him get away with it. 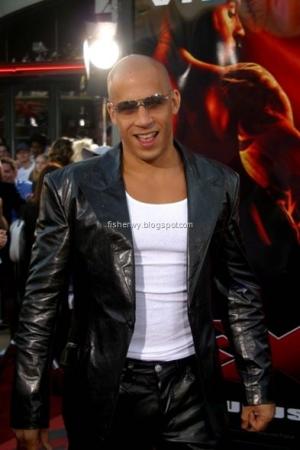 Unless of course if he’s wearing leather undies underneath them pants which would be beyond overkill and which, to us, is unforgivable. As punishment for such a fashion misdemeanor, we’d order him to watch his silly movie, The Pacifier, again and again and again until he apologizes for his fashion faux-pas of wearing all-leather. Hehe.

By the way, if you are a fan of Vin’s Chronicles of Riddick movies, it might interest you to know that a third installment is going to be produced. That’s what Vin is saying via Facebook anyway.

From the man himself: “The Riddick team is in New Zealand location scouting already… that’s exciting.” Are you as excited as Vin for this movie? 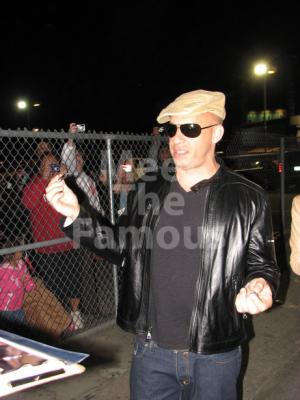 Vin Diesel Leather Jacket Update (08 July 2011).  More photos of action star Vin Diesel for those of you who love him (judging from the huge box office take of his fifth Fast and Furious movie, we know that millions of you do). 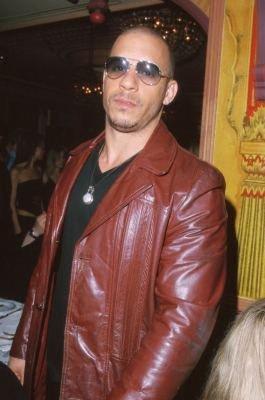 This is probably our favorite leather outfit from our Vin. He wore it in the second installment of The Fast and the Furious. 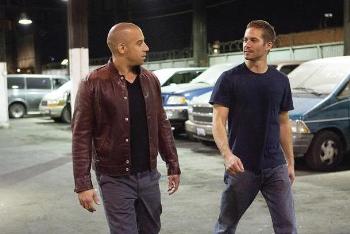 A classic black leather jacket for Vin Diesel in his 2001 movie, Knockaround Guys. 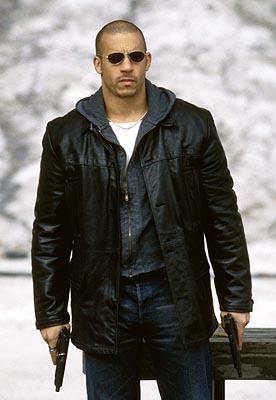 So which of these Vin Diesel leather jackets is your favorite?